Documentary filmmaker, antiquarian society, historians of the African American experience and the women of the American South, radio hosts, and scholar of East Asian intellectual traditions among this year’s recipients

The medals, first awarded as the Charles Frankel Prize in 1989, were presented during a ceremony in the East Room of the White House. The 2013 National Medals of Arts were presented at the same ceremony. Among the recipients are musician Linda Ronstadt and writer Maxine Hong Kingston. After the ceremony, the medalists and their families and friends joined the President and First Lady Michelle Obama for a reception in their honor.

This year, for the first time, the President bestowed a newly-designed National Humanities Medal on the ten recipients. The new National Humanities Medal, a polished bronze medallion depicting Lady Liberty, was designed by artist Paul Balan and selected by the National Endowment for the Humanities in a national medal design competition. It replaces the previous medal, which was designed by 1995 Frankel Prize winner David Macaulay. 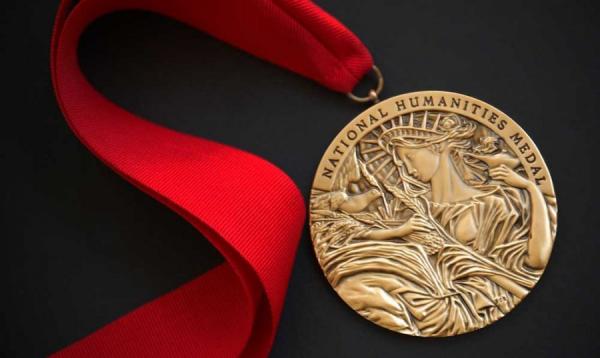