How NEH Got Its Start 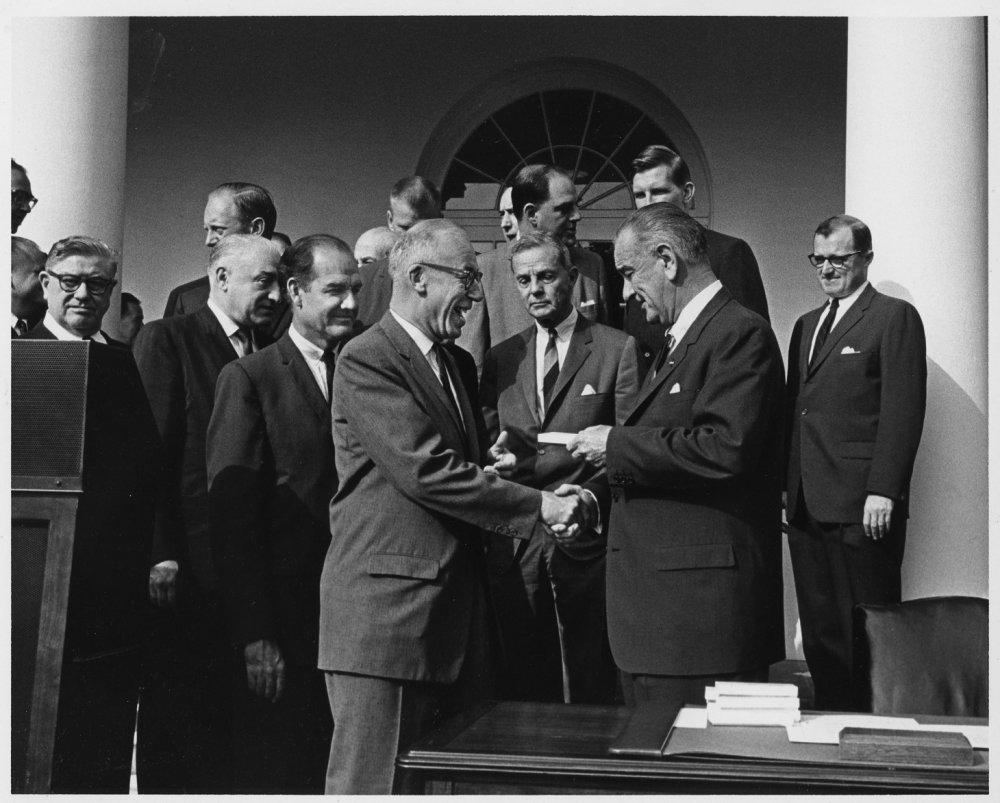 The bill they gathered to celebrate was the culmination of a movement calling for the federal government to invest in culture, just as it had with science. As Glenn Seaborg, the head of the Atomic Energy Commission, told a Senate committee: "We cannot afford to drift physically, morally, or esthetically in a world in which the current moves so rapidly perhaps toward an abyss. Science and technology are providing us with the means to travel swiftly. But what course do we take? This is the question that no computer can answer."

The groundswell that led to the bill began in 1963, when three scholarly and educational organizations -- the American Council of Learned Societies (ACLS), the Council of Graduate Schools in America, and the United Chapters of Phi Beta Kappa -- joined together to establish the National Commission on the Humanities. They instructed the commission to conduct a study of the "the state of the humanities in America." In June 1964, the commission released its report. It found that the emphasis placed on science endangered the study of the humanities from elementary schools through postgraduate programs. In order to correct the balance, it recommended "the establishment by the President and the Congress of the United States of a National Humanities Foundation."

Politicians in Washington heeded the commission's advice. In August 1964, Congressman William Moorhead of Pennsylvania proposed legislation to implement the commission's recommendations. Support from the White House followed in September, when President Johnson lent his endorsement during a speech at Brown University.

In March 1965, the White House took the lead on the issue, proposing the establishment the National Foundation on the Arts and Humanities and requesting $20 million in start up funds. The commission's report had generated other proposals, but the White House's comprehensive approach eclipsed them. It called not only for a the creation of two separate agencies -- one devoted to arts and one devoted to humanities -- but also for each agency to be advised by a governing body comprised of leaders in their field.

Senator Claiborne Pell of Rhode Island and Representative Frank Thompson, Jr., of New Jersey introduced the bill to their respective Houses, where they immediately found co-sponsors. Pell told reporters that that bill represented "the first time in our history" that "a President of the United States has given his administration support to such a comprehensive measure which combines the two areas most significant to our nation's cultural advancement and to the full growth of a truly great society." In mid-September 1965, Congress passed the bill, paving the way for the Rose Garden ceremony.