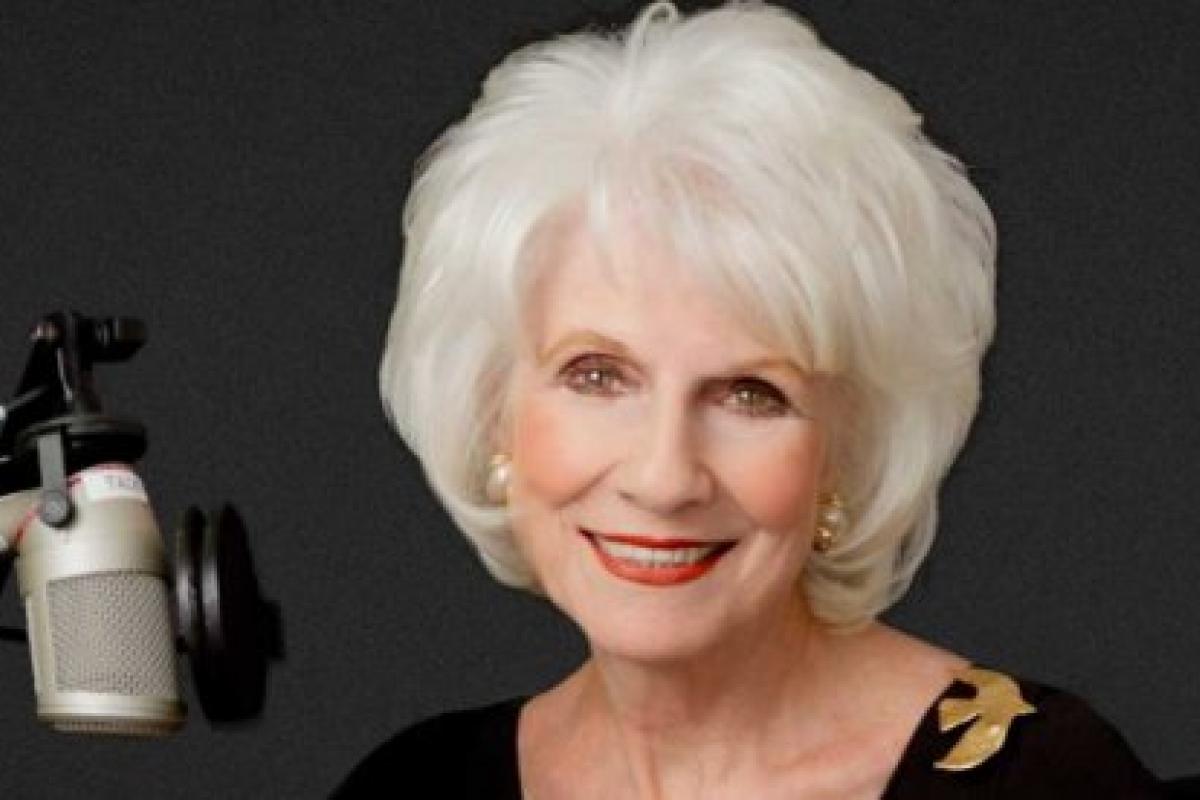 Diane Rehm didn’t go to college. The brainy, eloquent, probing host of one of the best shows on radio, an interviewer of presidents, authors, and experts of many stripes, took a job straight out of high school, working for D.C.’s highway department. The best part was using the department’s two-way radio to send instructions to supervisors on the street.

How did she become educated?

She got married, for the second time, and became pregnant, quitting a job at the State Department. At home, she learned to do many things: to cook, to play the piano, and, for the first time, “to read and understand what I was reading.” She credits her late husband with being a “superb teacher,” who, no matter what she asked him, “would treat my question as though it was the most interesting question he had ever heard.”

An Ivy League-trained lawyer, John B. Rehm, Diane’s husband of fifty-four years, passed away last month. “He was my first real teacher as an adult.”

Rehm is quick to add, however, that she also benefitted from an excellent public school education in the District of Columbia. Although a senior figure in the Washington power-media complex, Rehm never forgets about the other Washington, a city of people who didn’t arrive with the latest election results, spread across several neighborhoods that tend to be dangerous at night, and home to many families who send their kids to public schools, with fingers crossed, in the hope of something better.

In her memoir, Finding My Voice, Rehm also credits a course she took at George Washington University that was commonly referred to as Feminism 101. “New Horizons for Women” was geared to women looking to understand the implications of feminism for their private and professional lives.

Working with a group of fellow students all about her age and education level, Rehm was welcomed as their spokesperson and encouraged to think about a job in broadcasting. Not long afterward, she volunteered at WAMU, then a small-potatoes station in the early days of public radio, where, on her very first day, she found herself on air, asking pointed questions of a representative from the Dairy Council. Ten months later, she was hired for a paid position and spent the next two years working as a producer for Irma Aandahl, host of the morning program Kaleidoscope.

Taking a chance on some television work, Rehm left public radio but ended up unemployed and scrambling until she found part-time work on the Radio Physicians Network, extending an interest in health issues she had been cultivating at WAMU. In June 1979, Aandahl called to encourage her to apply for the job as the host of Kaleidoscope, which Aandahl was vacating.

Rehm got the job, and in 1984 Kaleidoscope changed its name to The Diane Rehm Show. The shift was accompanied by an increasing emphasis on news and politics, with many journalists as guests. Assisted by one part-time volunteer, Rehm had to produce her own two-hour show, five times a week. It was grueling, but in time she was able to hire a paid producer, as the show garnered critical acclaim. In 1995, WAMU began distributing the show nationally.

The show now boasts a weekly audience of 2.6 million listeners. Guests have included presidents, foreign leaders, Hollywood celebrities, and many a cultural figure. Frequently the important issue of the day is literary. Asked what book she would assign to the city of Washington if she had the chance, Rehm mentions Middlemarch, George Eliot’s masterpiece about a small town rife with ambition, scandal, and personal disappointments.

In 1998, Diane Rehm was diagnosed with spasmodic dysphonia, which causes a constricting of her vocal cords—obviously a haunting condition for one who makes her living as a radio host. But with treatment she has been able to stay on the radio for another sixteen years and counting.

Staffed now with a team of producers who preinterview prospective guests, Rehm savors the luxury of being able to draw out interviews past the limits of a guest’s carefully memorized talking points. It is one of the things she truly dislikes about your typical Washington talk-show guest: all that premade verbal armor, designed to protect ready answers from the threat of open questions.

As the show’s editorial mission has expanded, its formula, favoring dialog and civil debate, has remained the same. The show, says Rehm, is an opportunity “to think in different ways about an issue that perhaps you’ve already made up your mind about.” Her role is deceptively simple. It is “to listen, to facilitate, to allow and invite varied ideas and thoughts.”