The audiovisual preservation community designates October 27 as an international day of recognition of the preservation challenges that face collections represented in sound and moving images. This “World Day for Audiovisual Heritage” commemorates the adoption in 1980 of a recommendation to safeguard recorded moving images. Since that time, the challenges to preserve audiovisual collections have only grown. NEH has articulated a strategic priority to address the preservation of humanities-focused audiovisual materials, and at the end of September, sponsored Play/back, a symposium on this theme. To foreground NEH support for the preservation of these media, we created a series of “Tune In Tuesday” Web features that showcase related NEH grants. We hope you enjoy reviewing these projects and learning more about audiovisual preservation!

Sixty-seven thousand interviews, spanning 44,000 hours, containing over 100,000 voices – and counting. These are among the raw estimates for one of the nation’s largest collections of recorded memories, StoryCorps, which received a grant in 2016. 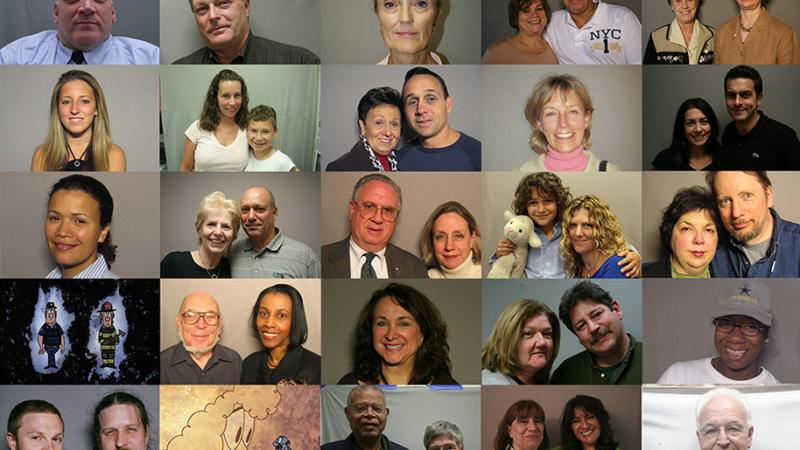 StoryCorps participants for the September 11 Initiative. 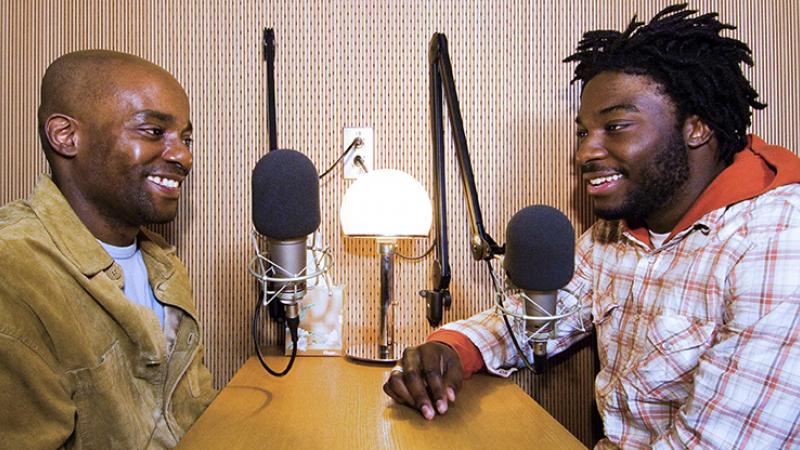 StoryCorps Participants for the Griot Initiative

September 20: The Struggle for Civil Rights in Mississippi

A 2014 grant to the University of Southern Mississippi’s Center for Oral History and Cultural Heritage will support the preservation of a collection of oral histories documenting Mississippi’s history of slavery, disfranchisement, white supremacy, segregation, and violence, and the development of black activism.

In 2016, the University of Michigan received a grant to digitize and preserve recordings from the Voice of America radio program “Music Time in Africa”, the oldest and longest-running English-language radio program devoted to African music.

Supported by a 2008 grant, the Museum of the Moving Image, located in New York City, has digitized thousands of artifacts dating from 1894 to 1931 related to silent films.

In 2008, Michigan State University received a grant to preserve and provide access to the historic videotape collection of the long-standing series American Black Journal.

Supported by a 2011 grant, the University of Missouri-Kansas City has preserved nearly two thousand recordings of KMBC broadcasts dating from 1935 to 1950.

Supported by a 2015 grant, PEN American Center is preserving and digitizing more than 1,200 hours of recordings from 800 events previously unavailable to the public.

August 2: From the Piedmont to the Swamplands: Preserving Southern Traditional Music

In 2008 and 2012, NEH made awards to the Southern Folklife Collection at the University of North Carolina to preserve recordings documenting a rich tapestry of folk music, mountain music, early country, the Delta blues, gospel, fife and drum, and other styles.

Sometimes, the most influential people are the least visible. Philosopher, theologian, and educator Howard Thurman (1899-1981), the so-called “spiritual godfather of the Civil Rights Movement,” encouraged Martin Luther King, Jr. in his philosophy of nonviolence. A 2012 grant to Boston University supports preservation of the Thurman Collections.

July 19: Vision of the Mountains: Films of Mountaineering in the West

The University of Washington received a 2012 grant to preserve films of the Mountaineers Club, an organization established in Seattle in 1906 to explore, preserve, and document the natural environment.

A 2016 grant to the University of Wisconsin’s Center for the Study of Upper Midwestern Cultures will help to preserve documentation of the ethnic heritage and immigration history of the Upper Midwest (Minnesota, Wisconsin, Michigan, Illinois, Iowa, and Indiana), which is richly expressed through the region’s varied musical cultures. 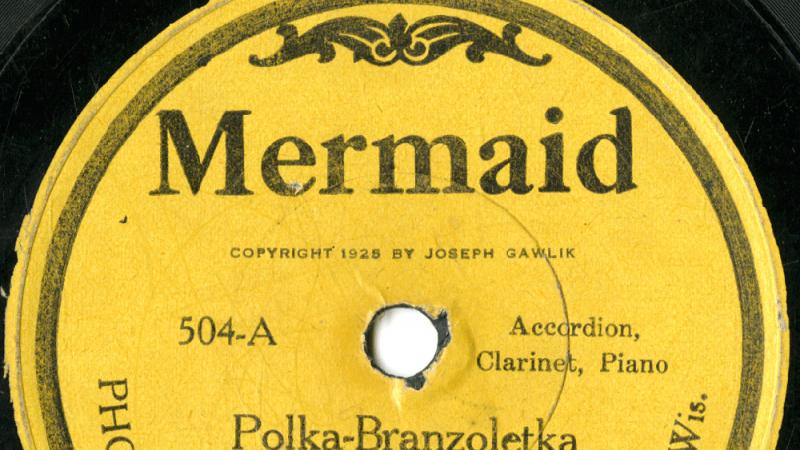 Label from a 78 recorded by a Polish trio in Milwaukee in the 1920s. 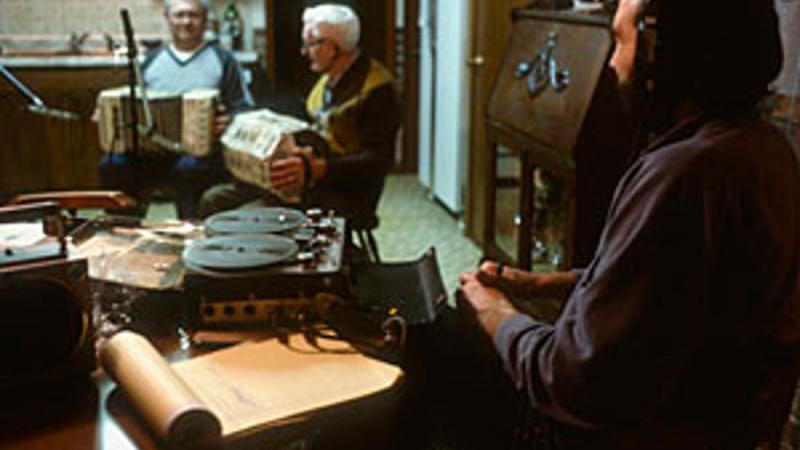 Irving and Robert DeWitz play concertina as Jim Leary records, 1985, Hustisford, Wisconsin. The reel-to-reel tapes created, and other endangered recordings, will be digitally preserved and accessible.

Founded in 1935, Radio Haiti was the first independent radio station in Haiti, the only nation ever established by a successful slave rebellion and the first independent nation in Latin America and the Caribbean. A 2015 grant to Duke University supports the digitization of these broadcasts.

The third biggest state in the United States, California is also historically the most linguistically diverse: two centuries ago, people living in what is now California spoke about 90 languages, a third of the language families identified in all of North America. A 2007 grant to the University of California, Berkeley, supported the digitization and archiving of these materials in the California Language Archive.

Music producer Chris Strachwitz began collecting recordings of Mexican and Mexican-American music nearly six decades ago, from throughout the southwestern United States and Mexico. The Strachwitz Frontera Collection is now the world’s largest and most complete collection of Mexican American vernacular music, containing some 150,000 recordings from small regional recording labels. Multiple grants to the Arhoolie Foundation (2006, 2010, 2013, and 2016) have supported the digitization of these Frontera recordings.

45 Labels from the Frontera Collection

A 2009 grant to Indiana University supported the Archives of Historical and Ethnographic Yiddish Memories project, known as AHEYM, meaning “homeward” in Yiddish. Words from Yiddish such as chutzpah, schlep, klutz, nosh, schmooze, and schmeer are now familiar additions to the English lexicon. Although millions of people once spoke it, the Yiddish language nearly died out as a result of the Holocaust, Communist repression, and assimilation.

Dov-Ber Kerler and Jeffrey Veidlinger interviewing Nukhim Gvinter in 2005 in his Bershad home and workshop.

A 2013 grant to the University of South Carolina supported the digitization of newsreels created by Fox Movietone News in the 1920s, 30s, and 40s. Before television and the Internet, newsreels were most people’s only opportunity to see moving images of world events. Movie theaters showed newsreels—short, 5-10 minute programs focusing on political, cultural, and natural events—before every feature film, and there were even dedicated “all-newsreel theaters” like the Embassy Theater in New York City.