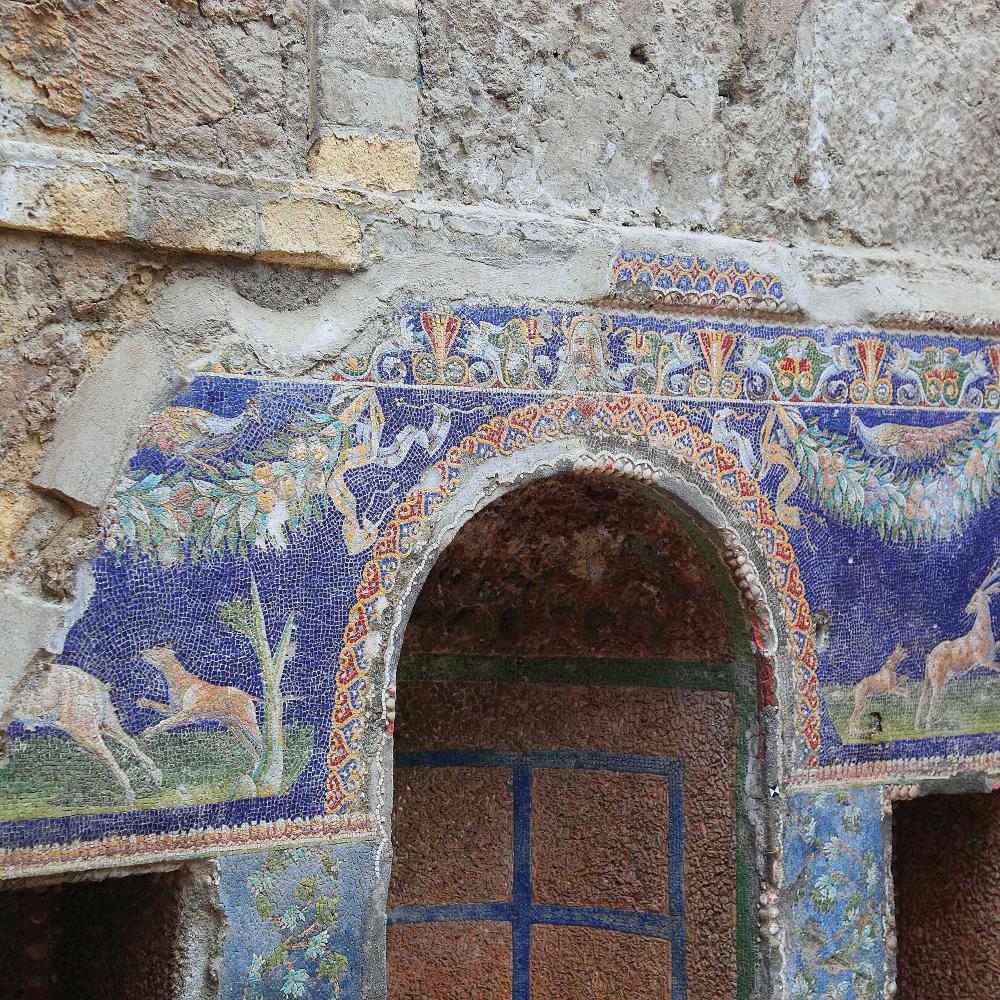 The House of Neptune and Amphitrite in the ruins of Herculaneum.

In 79 CE, Pliny the Younger, seventeen years old at the time, watched Mount Vesuvius erupt from the safety of his home at the opposite end of the Bay of Naples.

“I cannot give you a more exact description,” he wrote in a letter to the historian Tacitus, “than by likening it to that of a pine-tree, for it shot up to a great height in the form of a very tall trunk, which spread itself out at the top into a sort of branches.”

Pliny’s letter is the only surviving eyewitness account of the volcanic event that engulfed the Roman town of Herculaneum in waves of gas and rock, permanently suspending its citizens, markets, streets, and homes in place. A library, too, was sealed in the volcanic ash.

Excavations at Herculaneum in the 1750s uncovered a villa, which might have belonged to Julius Caesar’s father-in-law. It contained 1,800 papyrus scrolls.

With only a small portion of the ancient world’s written output surviving into the modern era, scholars were giddy about the chance to read and study previously unknown texts and manuscripts lost to time. But the hot gases and more than eighty feet of volcanic rock of Vesuvius had sucked the moisture out of the papyrus, compacting the pages and turning the scrolls into cylinders of carbon.

For more than two centuries, scholars have tried in various ways to open and read these carbonized scrolls, yielding only tantalizing glimpses of philosophical and literary texts. Attempts to separate the compacted layers damaged some of the the scrolls. Hundreds more remain unread, too fragile to handle.

The mysteries of the scrolls won’t remain locked for much longer if Brent Seales, a professor of computer science at the University of Kentucky, has his way. With support from NEH, Seales and his team of classicists, curators, and linguists are using CT scans paired with virtual unwrapping software and machine-learning tools to see inside the scrolls without damaging them. This method allows Seales’s team to differentiate between the compacted layers of the scrolls and make the text discernible—no easy feat when the ink itself contains traces of carbon.

The end result will be digital-born versions of the scrolls that scholars can study. The open-source software developed by Seales will also be available to other scholars working on damaged manuscripts.

Seales’s journey into the world of manuscripts began in 1995, when he was asked to work on the only extant copy of Beowulf, which had been damaged by fire. Using spectral imaging, Seales and his team were able to make the charred text visible. In 2015, Seales used his “virtual unwrapping” technique to read a burned scroll found in En Gedi, Israel. The recovered text was identified as a two-thousand-year-old copy of the Book of Leviticus in Hebrew, a landmark discovery in biblical archaeology. Seales’s work on the Herculaneum scrolls builds on these earlier projects, while also pioneering new technical and methodological approaches.

Seales regards unlocking the Herculaneum scrolls as the “moonshot” of his career. “It will be hard for me not to be enthusiastic about it until either we’ve done it or have shown it is impossible,” he has said.

In 2019, Reading the Invisible Library: Rescuing the Hidden Texts of Herculaneum received a $500,000 grant from NEH.

The text of this article is available for unedited republication, free of charge, using the following credit: “Originally published as “Herculaneum Scrolls” in the fall 2019 issue of Humanities magazine, a publication of the National Endowment for the Humanities.” Please notify us at @email if you are republishing it or have any questions. 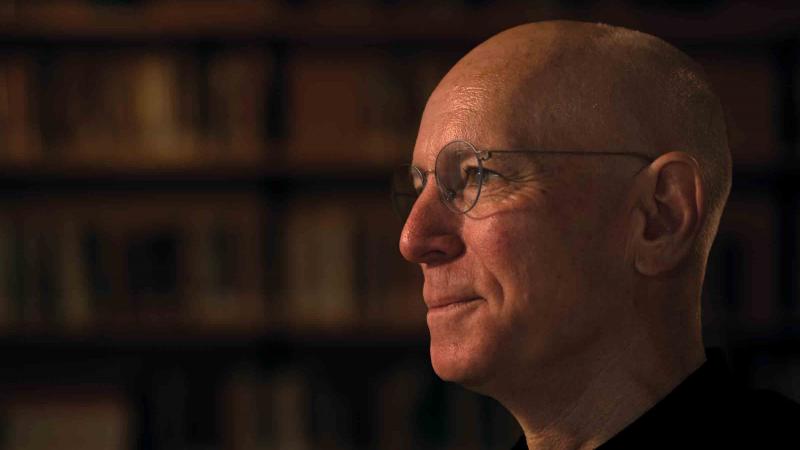