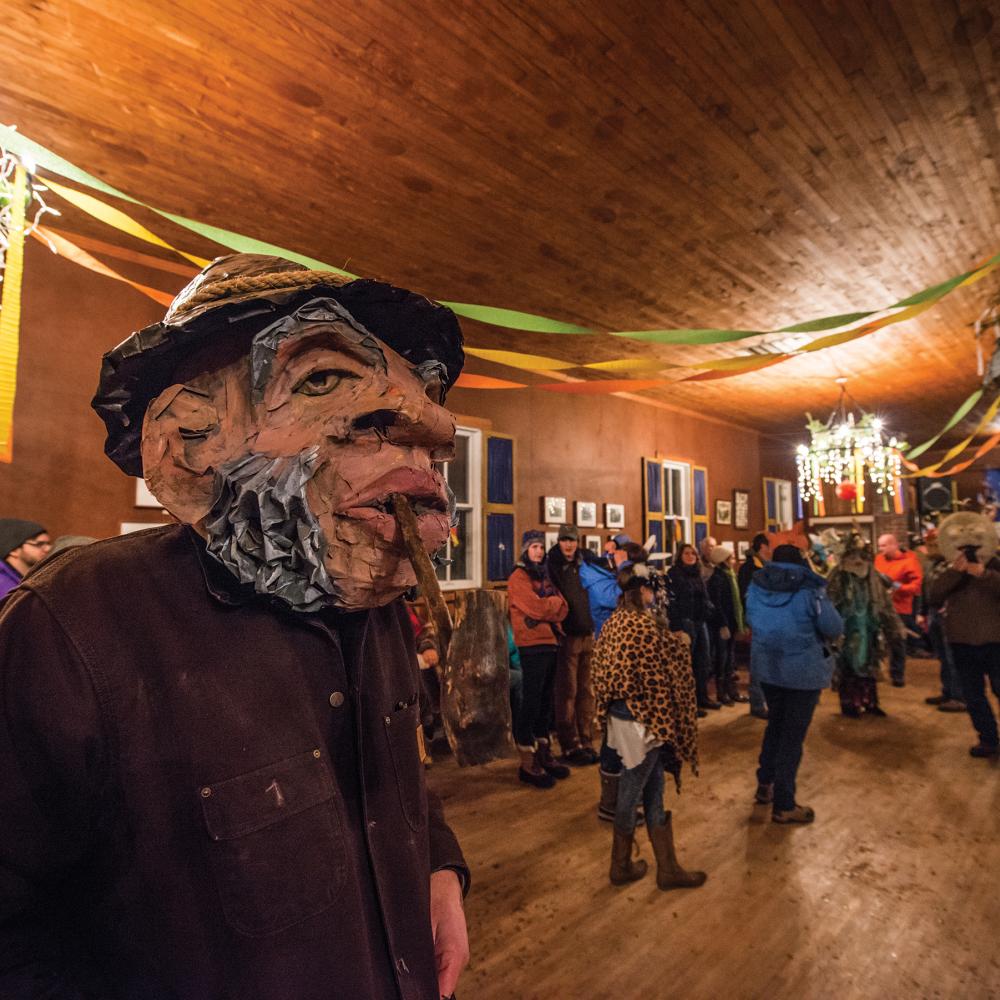 “People come here and they think it’s Disney World,” says Dave Whipp, as we sit at a circular table inside the Hütte Restaurant in Helvetia, West Virginia. 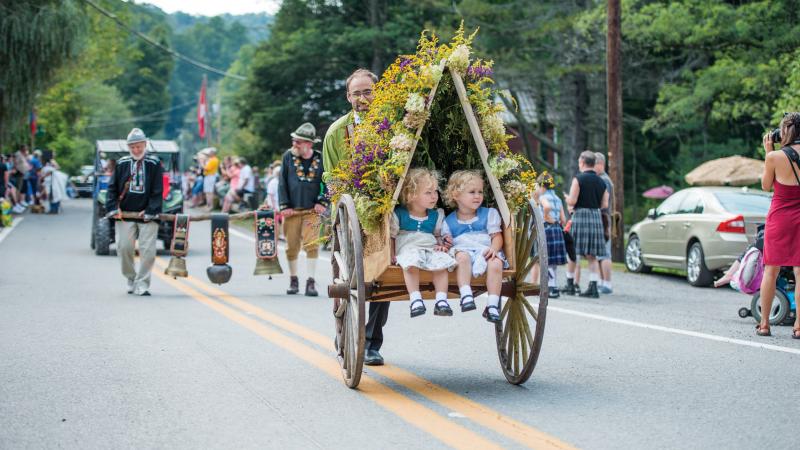 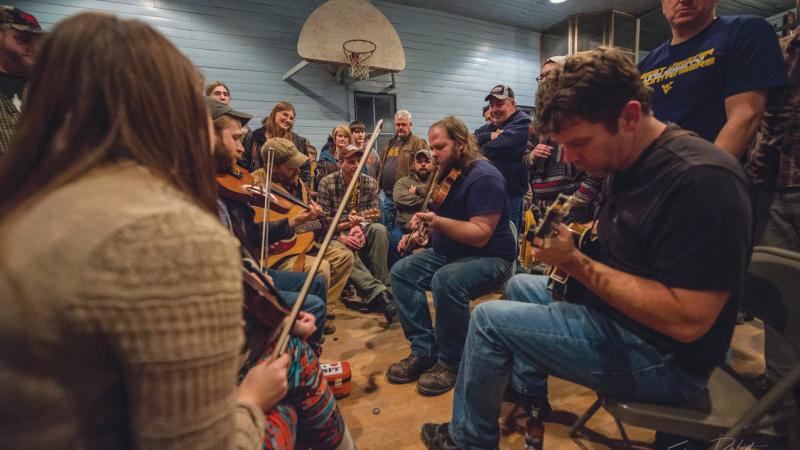 A deer head hangs on the wood-planked wall, adjacent to faded black-and-white photos of farmers. A vintage globe sits on a table nearby, and a pot-bellied stove in the next room adds wood smoke to the smell of the soups, chicken, and rösti, a traditional Swiss potato fritter, cooking in the kitchen. Helvetia lacks the contrived eternal cheer of the happiest place on Earth, but I know what Dave means.

Helvetia, West Virginia, population 59, can seem, on first visit, not quite real.

It’s not that Helvetia is inauthentic or fake—in fact, it’s quite the opposite. And to say that the presence of a Swiss community in the remote mountains of West Virginia is unlikely would deny the history and impact of the waves of immigration and relocation to central Appalachia by diverse cultural groups (there were several Swiss settlements scattered across the region in the late nineteenth century). But what makes Helvetia unusual resides not only in the cultural, historical, and social preservation of the nearly 150-year-old village but in something less tangible. There is an enchantment about the place that exudes from the hand-painted signs of coats of arms, Swiss phrases, historical markers, and the public buildings and homes adorned in Alpine gingerbread and bright floral patterns. It’s a magic that exists in the intimacy of a community whose families have been neighbors, friends, and colleagues for generations.

I know this because I’ve been visiting Helvetia for the past six years, and over the course of 2016, I made quarterly trips to the village to collect oral histories with community members and document Helvetia’s unique food and agricultural traditions. This fieldwork was a focused project of the statewide folklife survey I’m conducting as state folklorist with the West Virginia Folklife Program at the West Virginia Humanities Council and as part of a Helvetia foodways oral history project in collaboration with the Southern Foodways Alliance.

An hour from anywhere, Helvetia is nestled in a high mountain valley along the Buckhannon River in the central part of the state. The remote village was settled in 1869 by a group of Swiss families who first immigrated to Brooklyn, New York, during the Civil War. In Brooklyn, these families belonged to a mutual aid society of Swiss and Germans called the Grütliverein, and, together, they sought a place where they could live freely and practice their respective art forms. One of their members had done some surveying in West Virginia and spoke of the large tracts of land, beautiful mountains, and plentiful forests of game. The group eventually found affordable acreage for sale in the area and established a village, calling it Helvetia, the Latin name for Switzerland.

In the nearly 150 years since its founding, the Swiss traditions practiced by Helvetians have evolved. During the world wars, when anti-German sentiments ran high, the community decided it would be best to downplay its Swiss-German heritage, wanting instead to express the pride the residents felt as American citizens. Around the time of the town’s centennial in the late 1960s, Helvetia native Eleanor Mailloux and her friend Delores Baggerly began an initiative to reinvigorate the community’s Swiss traditions, establishing the Hütte Swiss Restaurant, producing a community cookbook, Oppis Guet’s vo Helvetia, and holding public celebrations like Fasnacht, a pre-Lenten “mountain Mardi Gras” intended both to reinforce Swiss customs for locals and bring much-needed tourist dollars to town in the sparse winter months.

Helvetia’s Fasnacht—an amalgam of the traditional Swiss Fasnacht, and Sechselaüten, a rite of spring—was my first introduction to the town. In the winter of 2011, a friend and I made the trip from North Carolina to West Virginia to visit a mutual friend. She had told us to pack masks for Fasnacht, but we didn’t know much else about it. After making the steep winding drive up the mountain, I arrived in Helvetia disoriented but was instantly charmed. Visitors wandered the town, rosy-cheeked and bundled in wool sweaters, stocking caps, and boots. Old-time music emanated from a building as onlookers ate sausage and sauerkraut. When we entered the Hütte, with its handmade ladder-back chairs, farm tools, wood fire, and frosty mugs of beer, I felt I had been transported to some Nordic oasis, a poster child of coziness the Danish call hygge, or what the Swiss might call gemütlichkeit. After our Swiss sampler plate, we donned our masks and joined the masquerade from the Star Band Hall to the Community Hall (a distance of about two blocks). There, the Helvetia Star Band warmed up as a local square-dance caller assembled couples on the dance floor. An effigy of Old Man Winter hung from the rafters, and we quickly found partners and joined in, swinging and promenading under his galoshes. After hours of waltzes, squares,schottisches; and a mask contest, at the stroke of midnight a local girl climbed up on her brother’s shoulders and cut the old man from the rafters. The dancers hoisted the rag figure in the air and threw him on the bonfire outside as the cheering crowd erupted in a triumphant rendition of John Denver’s “Take Me Home, Country Roads.” As the last rags of the effigy were engulfed in flames, my eyes followed the embers up to the sky, past the swaying pines, merging with the fiery stars. It was my first taste of Helvetia’s magic.

The Helvetia I’ve come to know has stayed true to Mailloux and Baggerly’s vision. Baggerly’s artful touches are visible in the floral designs on the shutters of the village Cheese Haus, the coat of arms lining the Community Hall, and hand-painted signs throughout the town. The community hosts vibrant public celebrations throughout the year, including a ramp supper celebrating the appearance of the wild leek that grows there in the springtime; an agricultural fair; a music festival; monthly square dances; and, of course, Fasnacht. The Hütte, owned by a collective of Mailloux’s descendants, sits on the main intersection, welcoming visitors to town with its cheery golden siding, Swiss gingerbread, and wood smoke steaming out from the chimney. It’s now a Helvetia institution, both as a daily public face of the town, but also in the role it plays in the preservation and continuation of the community’s foodways traditions and shared narrative. Oppis Guet’s vo Helvetia is still published by the Alpenrose Garden Club and is a dog-eared standby in all Helvetia home kitchens, and in mine.

My oral histories with Helvetia’s home cooks and bakers, winemakers, ramp diggers, Hütte chefs, and other community members have offered personal narratives of the community’s cultural heritage. Eleanor Betler, 76, serves as the town historian. She grows grapes, keeps an orchard on her farm, and taught me how to make rosettes—a traditional Swiss fried pastry she makes for the Fasnacht square dance each year. Diane Betler, a former school principal, contributes her homemade doughnuts to the event, using her adopted mother Margaret Koerner’s recipe in Oppis Guet’s vo Helvetia.

Sharon Rollins, a Charleston, West Virginia, native who moved to Helvetia upon retirement, is an active member of the Helvetia Farm Women’s Club, a Hütte volunteer, the Community Fair treasurer, and, along with Cecelia Smith, manages the annual ramp supper. Rollins and Smith also work with 18-year-old Morgan Rice, who, in 2015, when the ramp supper was on the verge of cancellation, sent a petition to members of the Helvetia community to reinstate the supper, arguing that it was a crucial part of her life and of Helvetia.

Morgan’s father, Henry Rice, is a grandson of Eleanor Mailloux and cooks the Sunday buffet at the Hütte. He also hunts, traps, and digs ginseng and ramps. Ernest Hofer has volunteered at the Helvetia ramp supper since he was a kid in the 1960s, and he used to donate his own ramps to the event. Ninety-one-year-old Vernon Burky, the town fiddler, remembers his grandparents’ cheese house on the family farm, where they made “Helvetia Cheese” for the community. All three men make wine, an essential ingredient at all Helvetia events.

This collection of oral histories conveys the values of Helvetia, a fiercely creative and productive close-knit mountain community where Swiss and Appalachian heritage are uniquely entwined and enacted daily in a bite of rösti, a sip of homemade wine, and many generations sitting around a Hütte table.

Portions of this piece originally appeared on the Southern Foodways Alliance site and inThe Bitter Southerner. 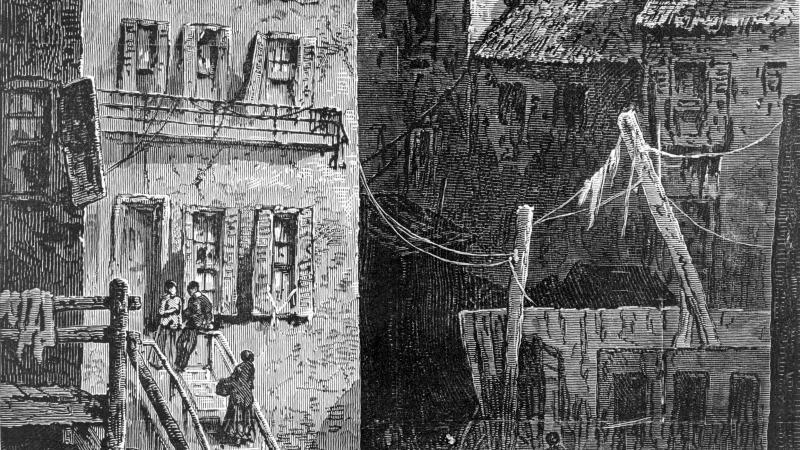