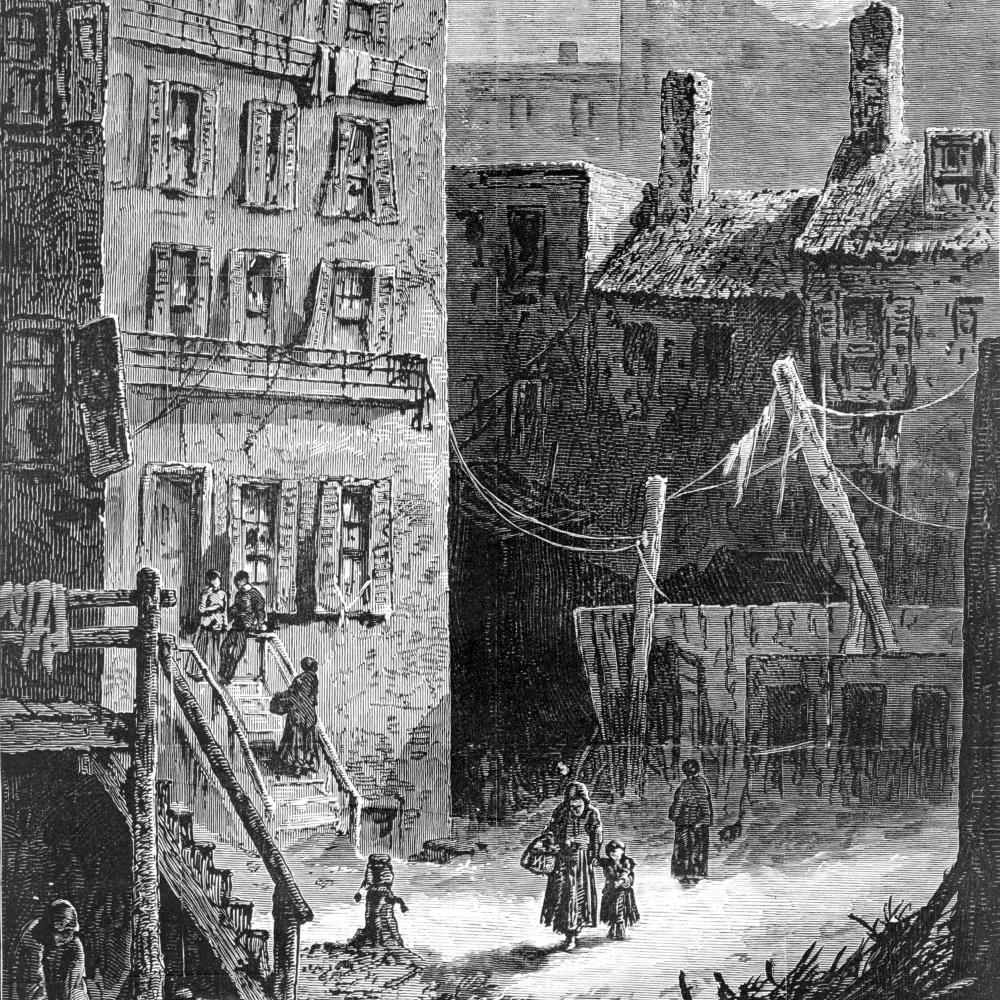 Charles Loring Brace spent his life aiding the poor of New York, including in the notorious Five Points, shown in this 1872 image from Frank Leslie’s Illustrated Newspaper.

Sometimes a book can change a life. In December 1859, a copy of Charles Darwin’s On the Origin of Species arrived from across the Atlantic and almost immediately began to change the lives of those who read it.

The book was addressed to Asa Gray, the Harvard botanist who soon became Darwin’s most influential champion in America. He devoured it in less than a week, finishing it by Christmas and passing it on to his wife’s cousin, Charles Loring Brace. Brace was a New York City child-welfare reformer who had founded the Children’s Aid Society; in 1854 he began the program for which he is still remembered. Known colloquially as the “orphan trains,” his “Emigration Plan” transported thousands of abandoned, orphaned, and runaway children to rural areas in the West, where Brace believed the healthful surroundings and stable families would transform their lives.

Brace was so enthusiastic about Darwin’s book that he introduced it to three friends on New Year’s Day in 1860: the abolitionist Franklin Sanborn, the philosopher Bronson Alcott, and the writer Henry David Thoreau. And he began to see his work in an entirely new light. Certain passages provided a dark gloss on New York’s slums and their most vulnerable citizens. “More individuals are born than can possibly survive,” Darwin observed. “A grain in the balance will determine which individual shall live and which shall die.” Yet On the Origin of Species also contained passages that Brace found reassuring. It suggested that the process of natural selection was “daily and hourly scrutinising, throughout the world, every variation, even the slightest; rejecting that which is bad, preserving and adding up all that is good.”

It was this last concept—that natural selection worked for the preservation of the good—that Brace clung to. Biologists now understand natural selection as a mechanism that enables evolution to occur. It is purposeless, governed by chance. But this was not entirely clear in the first edition of Darwin’s book. In 1859 the naturalist still believed that natural selection’s messy process, its extravagant creation and destruction, led to something worth celebrating: “the production of the higher animals”—including, of course, humans. Only in subsequent editions would he modify this perspective, gradually depicting evolution as entirely mechanistic. 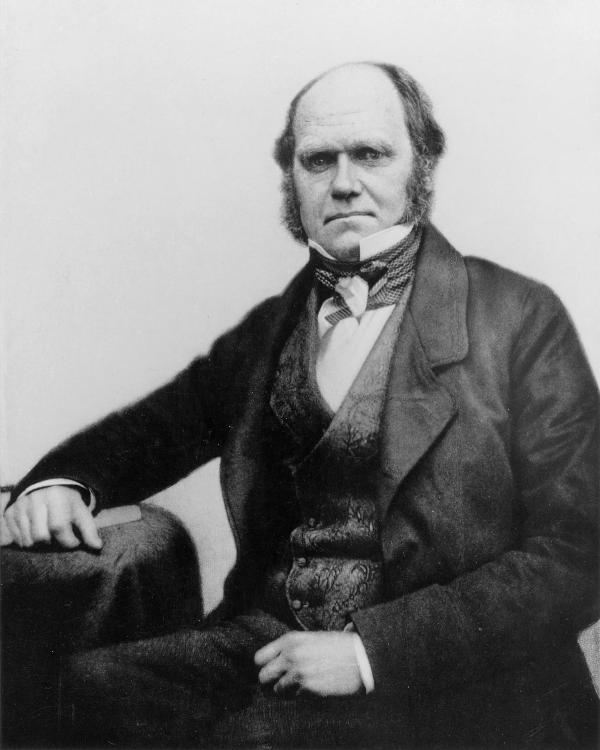 Brace seized upon any passage in Origin that suggested there might be a divine purpose to evolution. Long convinced that all children were born possessing an innate moral sense, an intuitive grasp of right and wrong, he believed that environmental conditions led them astray. Poverty was the “grain in the balance” that destroyed a life. In lectures and sermons and newspaper articles that year, he pleaded on behalf of impoverished children, insisting that the privileged, warmly dressed members of his own class could do no better than to provide a second chance for destitute children. “There is something about childish poverty that touches almost everyone,” he wrote in January 1860, after reading Darwin’s book. “We can not connect it directly with laziness . . . or vice, and the little sufferer seems to represent to us, for the time, social evils of whose distant influence it is the innocent victim.”

If Darwin’s Origin portrayed a world of constant struggle, it also offered a glimmer of hope for the future. By “preserving and adding up all that is good,” natural selection surely implied the gradual perfection of human society. New York’s lower wards might be awash with every imaginable permutation of the poor and foreign-born, but these people were in fact adapting to a new environment, to new possibilities. The people to whom Brace ministered had left the Old World behind to become something altogether different. They sought transformation. They wished to become a new race: Americans. 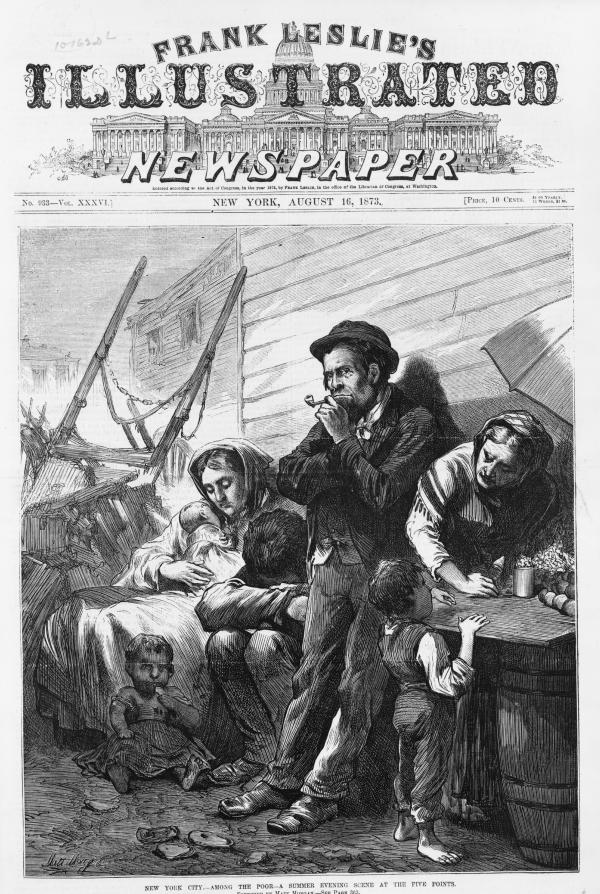 A summer evening in Five Points, 1873. For Charles Loring Brace, it was poverty and environmental conditions that destroyed people’s lives.

And that wasn’t even the most important idea he extracted from Origin. Darwin had deliberately left out all discussion of humans in his book, but he did assert that every living creature could be traced to a single, shared origin—“from some one prototype.” This insight confirmed Brace’s deeply held belief that humans shared a common ancestry, that the Biblical account of origins was true—symbolically, if not literally. More crucially, every person in the world—blacks and whites especially—was a brother or sister to everyone else, descendants of an original pair. For Brace, the theory of natural selection was the latest argument against chattel slavery, a scientific claim to be used against proslavery apologists who described blacks as a separate, inferior species. Darwin’s book inspired Brace to write a work of ethnology that would prove that all humans shared a common ancestor.

The central thesis of Brace’s book, The Races of the Old World, is simple enough: “There is nothing . . . to prove the negro radically different from the other families of man or even mentally inferior to them.” Just as Darwin had examined the fossil record to trace links between species, Brace proposed to examine human languages to uncover underlying commonalities between races. But this approach quickly exposed a troubling fact: Linguistics did nothing to suggest that human history was progressive. Instead it chronicled a series of mass migrations, of conflicts and conquests, of dislocations and intermixtures. Sometimes language chronicled the decline of a culture, as in ancient Greece.

Human cultures and races were not permanent, in other words—a discovery that was particularly troubling to Brace as the nation lurched toward civil war. According to his book, humans migrated to various regions around the world, adapting to the geographical conditions into which they settled. Once they had successfully adapted to their setting, there was no need for further change. As a result, the “negro present[ed] his pure type 4,000 years ago, unchanged,” and there was now very little likelihood of “his type changing into that of the white.”

It’s a statement strangely at odds with itself. Brace firmly believed in the emancipation of slaves, and he was equally convinced that blacks and whites did not differ in their mental capacities. But claiming that black Americans were incapable of change allowed him to argue against racial mixture. This was important because a nation of mixed and biracial children suggested nothing so much as the fragility of whiteness, of Americanness as Brace understood it. It suggested the unthinkable: that one day America might not be a white nation at all.

Which is to say that like so many subsequent readers of Darwin, Brace borrowed what was useful in the new theory and ignored inconvenient counterevidence. Asa Gray had warned him, “When you unscientific people take up a scientific principle, you are apt to make too much of it, to push it to conclusions beyond what is warranted by the facts.” Nevertheless, Brace continued to read and reread Origin (he later claimed to have read the book 13 times), grappling with its conclusions. “If the soul is a growth from animal faculties and instincts,” he admitted, “the probability is less for immortality. Or if the whole universe is an evolution under chance and natural selection from a few atoms in a cosmic vapor, the necessity of God is less.” Yet he didn’t feel the truth of these ideas. A deep and abiding faith led Brace to conclude, “Yet to me Darwinism is not inconsistent with Theism.”

As he grew older, Brace would insist that Darwin’s theory really meant “there is no drift toward the worse—no tendency to degeneracy and imperfection. The current of all created things, or of all phenomena, is towards higher forms of life. Natural selection is a means of arriving at the best.” This statement contradicted the evidence of human degeneracy he had chronicled years earlier, but it more conveniently squared with the nation’s belief in itself as a progressive force in world history.

In July 1872, Brace took a well-deserved vacation from the Children’s Aid Society and traveled abroad. He stopped in England to visit the man who had transformed his intellectual life a dozen years earlier. As usual, Darwin was worn with illness, but talkative. He launched into conversations about animal instincts and the recent discovery of primitive skulls in California. And he had a message for Brace: “Yes,” he said; “it is very unpleasant of these facts; they won’t fit in as they ought to!”

Randall Fuller is the Herman Melville Distinguished Professor of American Literature at the University of Kansas, Lawrence.

In 2014, Fuller received an NEH summer stipend of $6,000 to aid his work on The Book That Changed America. He also received an NEH grant of $40,000 to support the writing of From Battlefields Rising: How the Civil War Transformed American Literature (Oxford University Press, 2011). 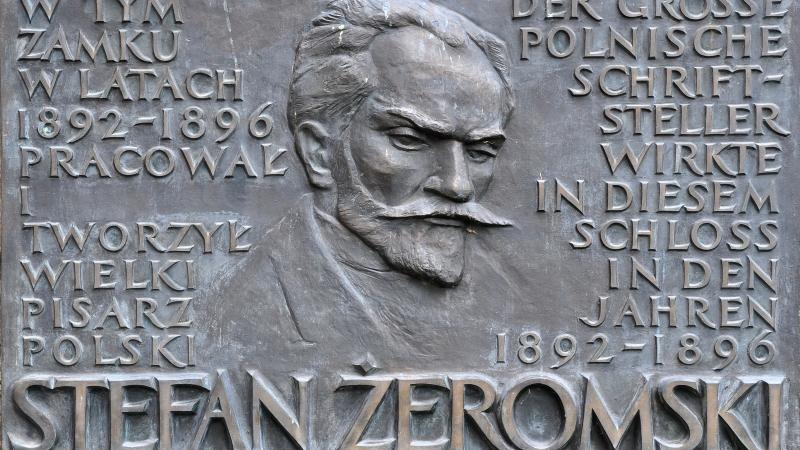 The novelist who captured Polish life even as it was changing