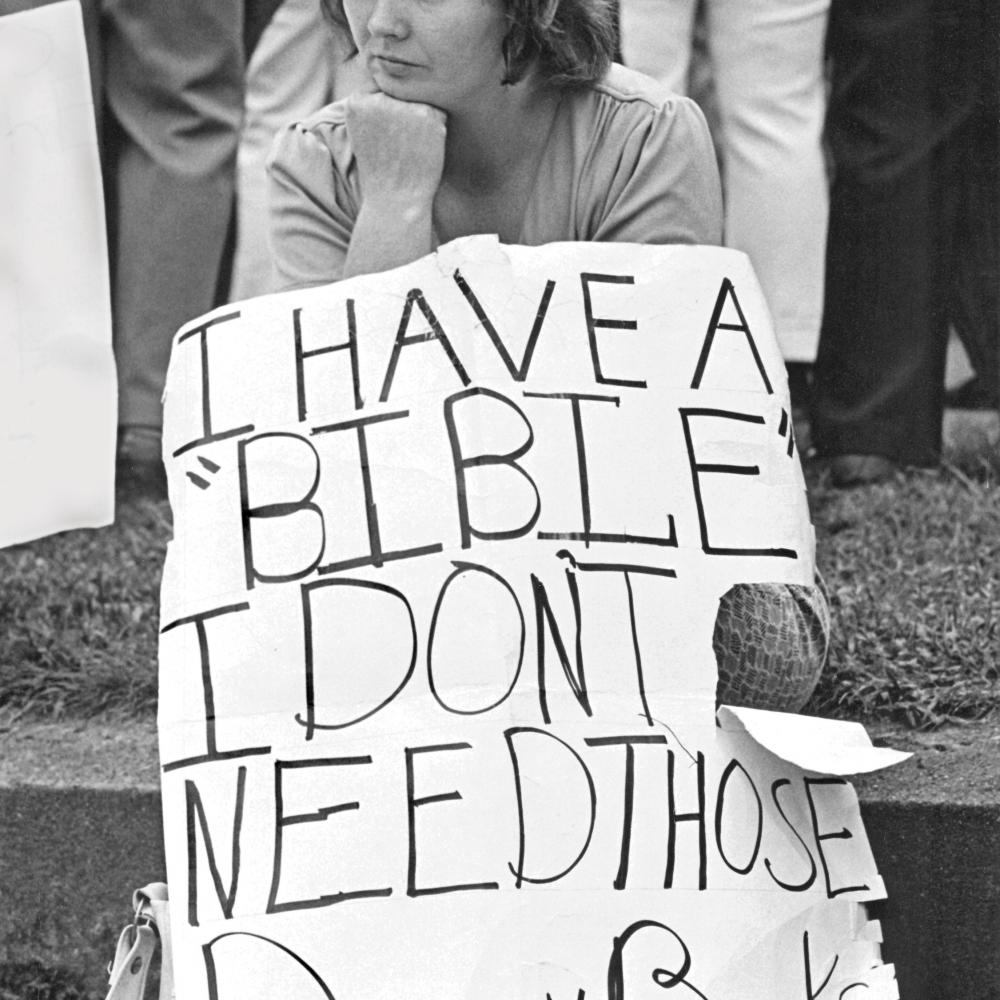 In the spring of 1974, the board of education for Kanawha County, West Virginia, took up a motion to purchase new language arts textbooks—over three hundred separate titles in all. The discussion turned contentious. State guidelines instructed school boards to look for books that were “multiethnic and multicultural in content and authorship.” After a committee of teachers proposed a long list of book purchases, school board member Alice Moore questioned their use of the term “dialectology.”

It referred not to the study of dialects but to a preference for allowing students to rely on their home speech patterns in the classroom. In this pre-Ebonics disagreement about nonstandard language at school, Moore said the practice would license incorrect usages such as “dem” and “dat” for “them” and “that.”

Still, Moore agreed to allow the motion to purchase new books to proceed, pending her own review of the texts. The well-spoken minister’s wife soon found new reasons to object. In one of the new books, The Autobiography of Malcolm X, she read the Muslim convert’s statement that “All praise is due to Allah that I moved to Boston when I did. If I hadn’t, I’d probably still be a brainwashed black Christian.”

“I was so offended by that,” Moore says in “The Great Textbook War,” an hour-long radio documentary that first aired on West Virginia Broadcasting Service. Created by radio producer Trey Kay with support from the West Virginia Humanities Council, the documentary recently won a Peabody Award and is now available online.

Other books proposed by the selection committee were perhaps even more unsettling. Soul on Ice, written by the Black Panther Eldridge Cleaver, described the author engaged in rape and other criminal activities. Another textbook related Sigmund Freud’s thoughts on the Oedipus Complex, which purports to identify an element of sexual desire in child-parent relationships.

What had started as a town-hall debate soon amassed into a furious protest. Twenty percent of students refused to show up for school come September. Miners and then other workers went on strike. The Ku Klux Klan marched on the capitol and burned crosses. School buildings were bombed by vigilante groups. Gun violence erupted on several occasions as open season was declared on school buses and one protester was shot, though not fatally, through the heart.

Kay, a native of Charleston, the state capital that rests along the Kanawha River, remembers the whole episode well. To attend seventh grade, he had to walk past a picket line of parents. One mother carried a sign, saying, “I have a bible. I don’t need those dirty books.”

But when beginning work on the documentary, he wondered if the textbook controversy, which looms large in the memories of West Virginians, would be of interest outside the state. And he was a little bit worried about getting the interviews he needed.

He was a “Hiller,” meaning he’d grown up in the white-collar neighborhood known as The Hill, where the new books were welcomed. Would the rural former protesters even talk to him? He was also concerned that his years living in New York City and working for Public Radio International would further alienate him from potential sources.

Instead, he found himself warmly received, especially by the aging protesters. For two years he worked on the story, conducting more than forty interviews and getting a great deal of help from the Kanawha Valley Historical and Preservation Society.

Summing up the controversy, Kay calls it “an early battle in the culture wars.” And yet other elements of the story, as he reports in the documentary, suggest it was more than a disagreement between conservative parents and liberal educators.

In Campbell’s Creek, a rumor went around that a whole crowd of black protesters were coming to this isolated all-white town in the mountains. Local men gathered in a church parking lot, militia-like, with rifles, ready to repel these invaders, who never showed up.

Kay is eager to point out other ways in which race was not, in fact, a part of the debate. The controversy, he says, actually “pit one group of white people against another group of white people.” But there’s no disagreeing that in 1974 the mix of politics, religion, and cultures in Kanawha County was explosive.