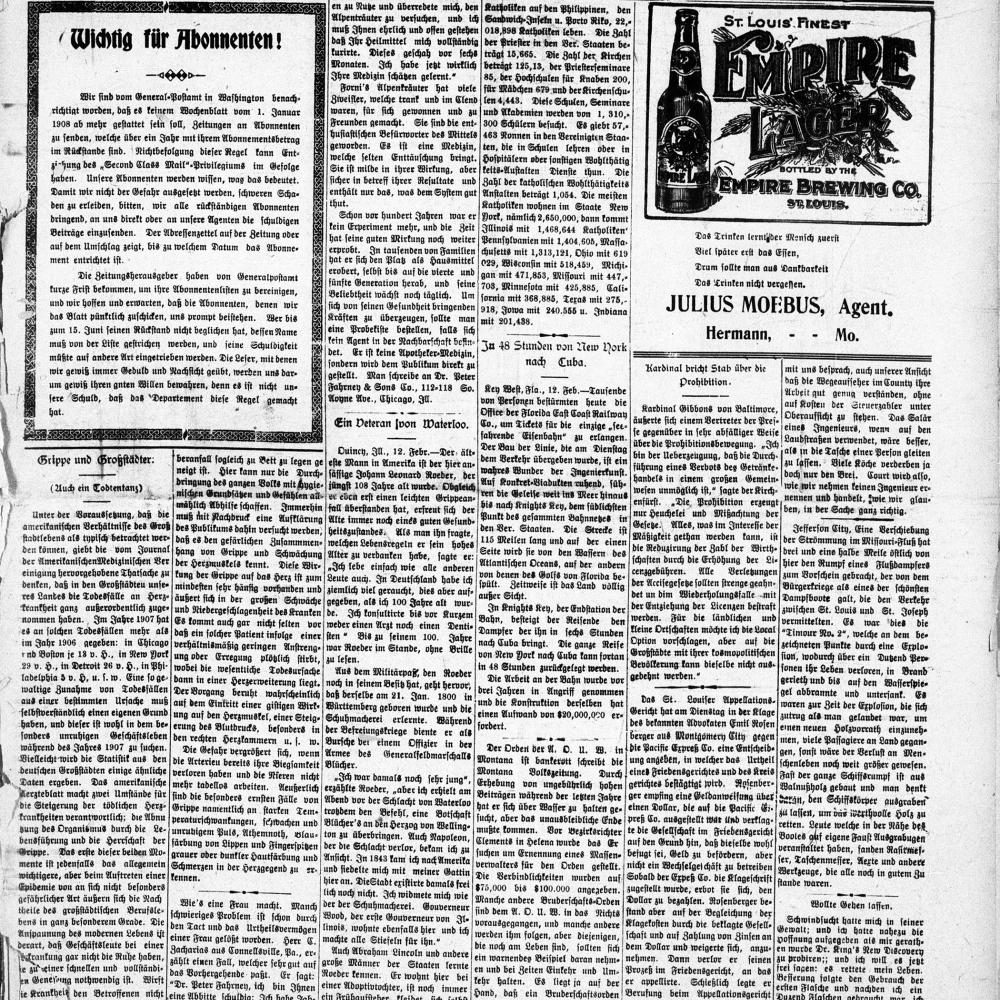 The masthead of the Hermanner Volksblatt is an example of the blacklettering type style that proved difficult for the Library of Congress to digitize. A program started
by the European Union called IMPACT overcame the obstacle. The Volksblatt, of Hermann, MO, was among the German-
language newspapers published in the nineteenth century. German-language papers from Missouri, Pennsylvania, and other states accounted at one time for four-fifths of all the foreign-language papers printed in the U.S.

In 1732, Benjamin Franklin published Die Philadelphische Zeitung—the first foreign-language newspaper in America. The news organ folded after only a few issues, but the legacy of not only German, but also French, Spanish, Italian, and a smattering of papers in other languages, is a long story, rich in cultural history and insights into immigration and assimilation. By the late nineteenth century, for example, there were a thousand German-language newspapers being printed in the United States, accounting for about eighty percent of the country’s foreign-language press. By the early 1920s, however, there were nearly no German-language newspapers, due to declining advertising revenue for “everything German,” including beer, in the wake of World War I and the Temperance Movement.

The Chronicling America website—produced by a partnership of NEH and the Library of Congress—provides access to nearly eight million pages of American newspapers published between 1836 and 1922. Papers chosen for digitization reflect the diversity of the country at the time. Regional, rather than national, interests and opinions prevail.

The inclusion of foreign-language newspapers in the mix, though, was a challenge, especially for German-language papers, which used the type style known as Fraktur. Based on the blackletter style that mimicked handwriting from late Medieval and early Renaissance times, the characters have embellishments and different weights that proved burdensome during the digitization process. A program that originated in Europe called IMPACT led the way in solving the technical problem, which then opened the way for the Library of Congress to revise its guidelines for incorporating non-English content. Now Chronicling America comprises the dictionaries, grammars, and Optical Character Recognition software that allows it to accept nine non-English languages, with more to come.

Few of the foreign-language newspapers digitized by Chronicling America lasted beyond the project’s current end year of 1922. The French-language newspapers, mostly published in Louisiana, expressed pro-Southern views and had difficulties continuing to print after the conclusion of the Civil War. Spanish-language newspapers that prospered in the Southwest during westward expansion eventually lost their editorial zeal and reader support for pet views: El Fronterizo in Tucson advocated for the repatriation of Arizona to Mexico. And perhaps most damning of all was the early twentieth-century radicalism of some Italian-language newspapers, at least one of which printed editorials by Sacco and Vanzetti.

For social historians and genealogists today the foreign-language papers, which often printed detailed marriage announcements and
death notices, are a polyglot boon. 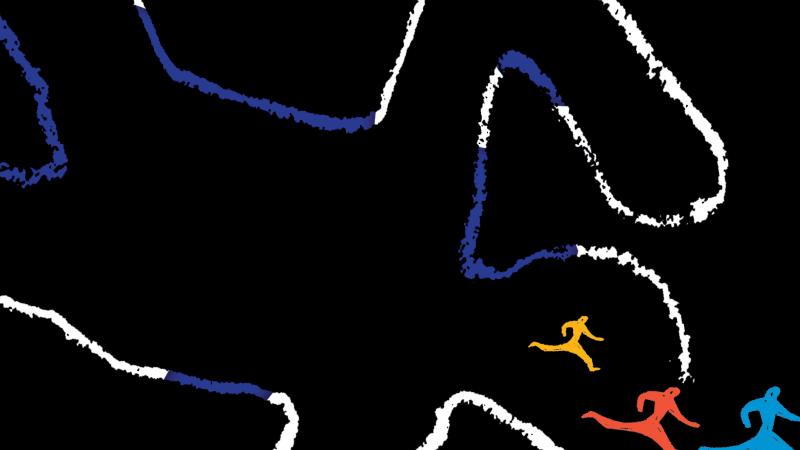 Learning to Be Free While Sitting in a Maximum-Security Prison

The Humanities Behind Bars