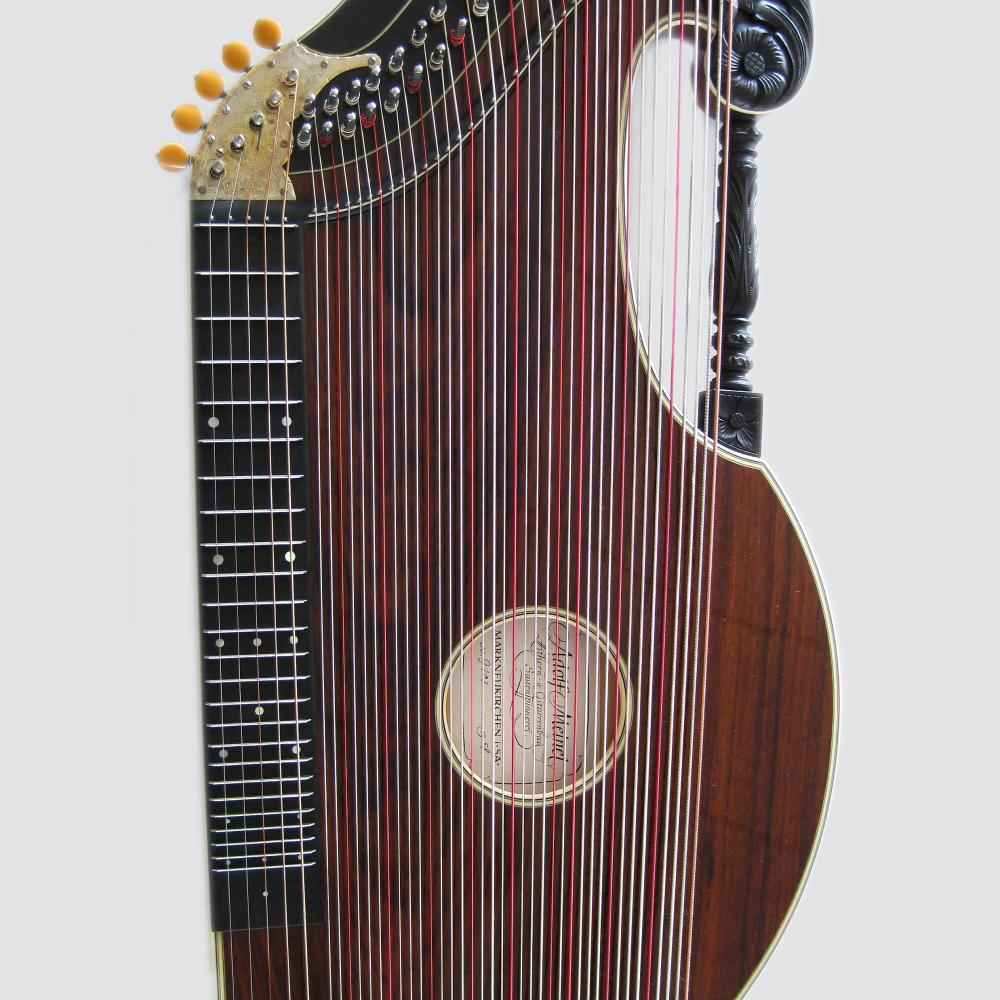 The zither, commonly found in southern Germany and other parts of alpine Europe, produces the “oompahs” so typical of German folk music. Playing the instrument, though, which lies on a table in front of the musician and can sometimes have as many as forty strings, requires exceptional digital dexterity and concentration: The performer has to pluck the melody with the right thumb while the fingers of that hand play bass and accompaniment and the left-hand fingers work the frets. Iowa’s Davenport Zither Ensemble has been reviving a tradition that dates to 1885 when German immigrants would gather to engage in hausmusik. This “house music,” as the name implies, was played in peoples’ homes by anyone who showed up with an instrument. Perfection was not so much the goal, though, as was gemutlichkeit, or camaraderie. The German American Heritage Center, in Davenport, IA, has received NEH funding to preserve its growing collection of books, photographs, and personal artifacts that reflect the settlement of thousands of Germans in eastern Iowa and western Illinois.