Before sitting down to interview Walter Isaacson, the 43rd Jefferson Lecturer, at the Aspen Institute offices in Washington, D.C., I took in a lunch-hour program. The author Amanda Ripley was discussing her book, The Smartest Kids in the World, which reports on the high-performing education systems of Poland, South Korea, and Finland. Isaacson was the moderator, prompting Ripley with questions about the students she profiled in her book, how she wrote it, and various reform strategies for American schools.

Like many such conversations, this one turned to the Common Core and, in particular, its civics component, which is based on the use of historical documents in the classroom. Even as he drew another education writer into the conversation, Isaacson marked off his own position, riffing on the importance of civics, the politics of education, and the use of historical documents as he defended the inclusion of Lincoln’s Second Inaugural and wondered aloud about extending the list to Martin Luther King Jr.’s Letter from Birmingham Jail.

It takes a special talent to sit comfortably at the head of a packed room and make pleasant company while improvising intelligent comments that traverse various areas of knowledge without dumbing down the material or losing your audience.

As a writer and editor for Time magazine, Isaacson did this for years. And the room he addressed contained millions. Then, after his celebrated rise to the top of Time’s masthead, he moved on to the best-seller list as the author of four sensational biographies.

In this issue we celebrate Isaacson’s career as a journalist, a writer of books, and an intellectual leader. But that is not all we do.

As in every issue of HUMANITIES, we write about the people, ideas, and events being examined, cataloged, written about, displayed, documented, taught, and televised with NEH funding.

When Walter Isaacson wrote his biography of Albert Einstein, he relied heavily on The Collected Papers of Albert Einstein, which have received five separate grants from NEH since 1984. Science writer Sam Kean takes a look at the papers as he describes Einstein’s meteoric rise from obscurity to international celebrity.

With NEH support, the first volume of The Letters of Robert Frost was recently issued, renewing speculation on the poet’s character. Was he a grouch, a jerk, a misanthrope? Danny Heitman considers the debate in light of what makes Frost so compelling in the first place: his poetry.

Also in this issue, Steve Moyer writes about Archibald Motley, the great Chicago painter often numbered among the artists of the Harlem Renaissance. And Meredith Hindley writes about Ulysses S. Grant, who, after a long brutal war and eight years in the White House, decided to see the world. Today we would say the trip was on Grant’s bucket list. But from his letters we learn that Grant had an inexhaustible curiosity. The old warrior, you might say, was one of us, a humanist. 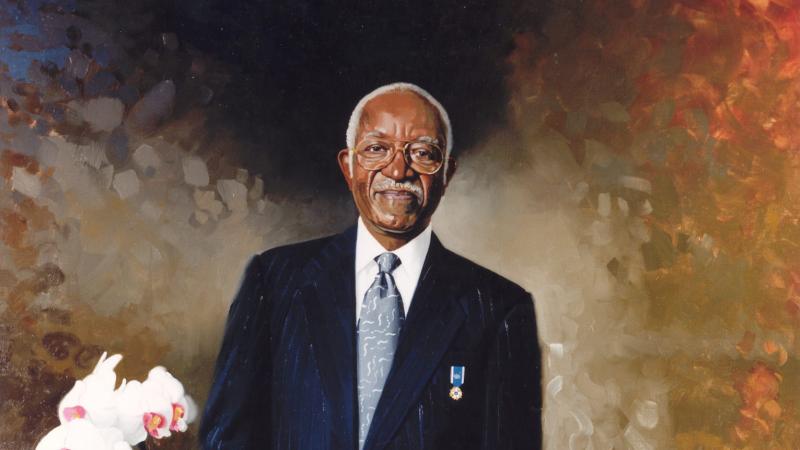 To See a Face