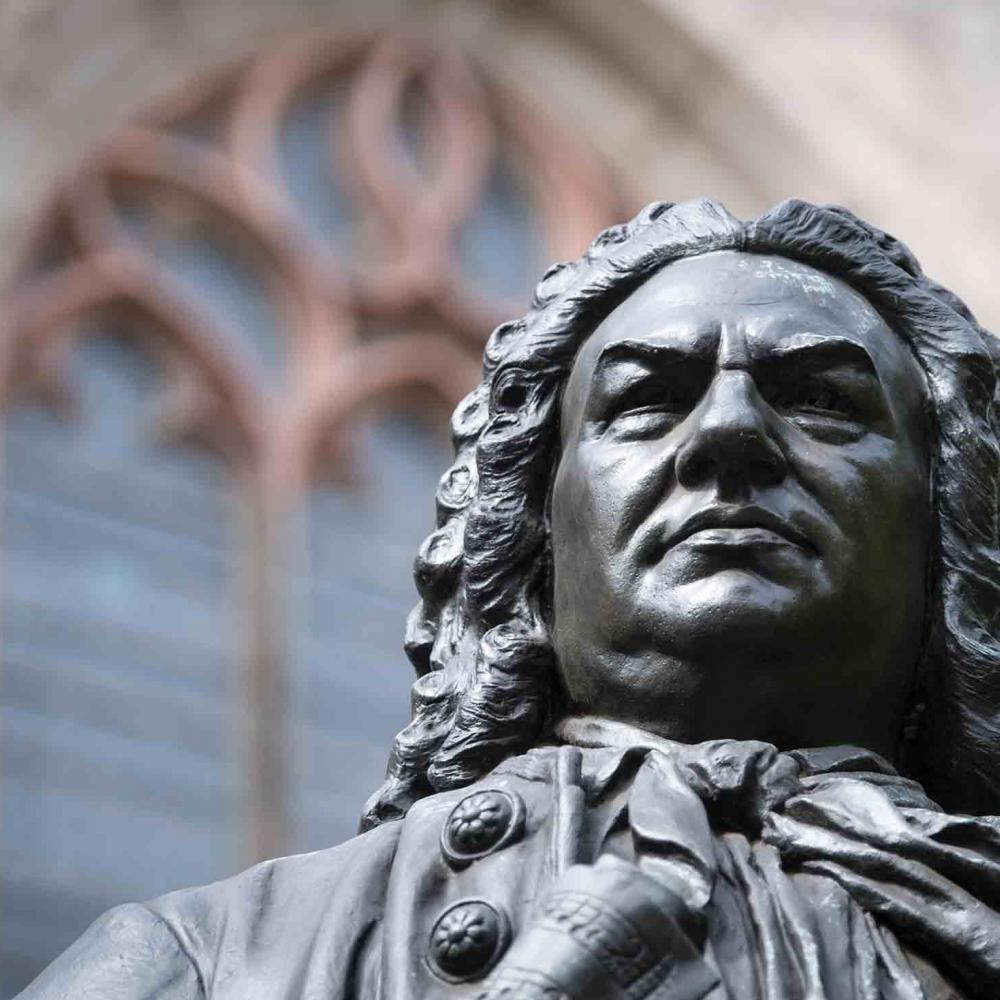 It’s commonly believed that space—and the sounds it reflects, dampens, or amplifies—affects composers, not unlike the way natural light is thought to have influenced the compositions of the Impressionists or the physical quirks of celluloid film shaped the work of Hollywood filmmakers.

What then might have been the sounds conjured by the vaults and crevices of Leipzig’s Thomaskirche (or St. Thomas Church), the late Gothic church where composer Johann Sebastian Bach spent the last 27 years of his life as Thomaskantor and director of church music? It was there that Bach wrote some of his most famous choral pieces for the august St. Thomas Church choir, including 265 cantatas, the St. Matthew Passion, and Mass in B Minor, making Thomaskirche arguably one of the most significant performance spaces in the history of Western music.

Bach, admired in his day as a gifted organist, also freelanced as an organ installation consultant, notes Braxton Boren, an assistant professor of audio technology at American University. As a composer, Bach would have been highly attuned to the effects of a church’s acoustics on the performance of music. He was known, for example, to have preferred composing for the Thomaskirche over Leipzig’s Nikolaikirche because he deemed it superior for choral music. Supported by an NEH grant and state-of-the-art computational methods, an interdisciplinary team led by Boren is digitally reconstructing the soundscape of the eighteenth-century Thomaskirche to determine just how Bach’s music would have sounded to the composer when it was first performed.

Most of us associate the music of, say, Elvis or Simon & Garfunkel with single canonical recordings, says Boren. “Bach we don’t think of as a cover version. There are only different recordings of this piece of which there is no original recording.” As a result, music scholarship and performance have, of necessity, focused primarily on Bach’s scores.

Modern students and audiences may relate more to the immediacy and drama of the latest streaming sensation, and Bach’s church music “was not so different, in the way it was heard, and the way there was a market for it. People enjoyed it. It was the cutting-edge new music of its day,” argues Boren. “If you thought of it in terms of a sound, and you were able to experience it in the way that people in that time experienced it, it would probably be as exciting to you as it was to them.”

The project was inspired in part by theories set forth in 1930 by Hope Bagenal, a pioneer of “architectural acoustics,” who argued that the Protestant Reformation, and the changes it wrought on the interior of the Thomaskirche, played an essential role in shaping Bach’s compositional approach.

In 1539, Martin Luther preached religious reform from the Thomaskirche pulpit. Lutheran Reformers opened sightlines from the congregation to the preacher, changed most of the service from Latin to the vernacular, and added sound-absorbing galleries and drapes, all of which, posited Bagenal, would have reduced reverberation within the church, improving clarity at a time when the intelligibility of the spoken word took on new importance. The Thomaskirche that Bach encountered two centuries later would have had a much greater acoustic clarity, Bagenal believed, creating an ideal stage to showcase Bach’s polyphonic virtuosity.

At Thomaskirche, in Leipzig, Germany, Bach wrote the St. Matthew Passion, Mass in B Minor, and many cantatas.

To test these theories Boren and his team traveled to Leipzig to gather physical and acoustic measurements of the current Thomaskirche, which has been altered many times since the Baroque period. Omnidirectional speakers allowed them to project sounds onto all surfaces equally in order to record the reverberation, clarity, and the amount of time it takes for sound to decay within the vast Gothic church. These data were used to build computer simulations that would recreate the acoustic conditions of Thomaskirche, both as it would have sounded during Bach’s time and in the pre-Reformation era. These complex virtual acoustic models calibrate for the different reflective qualities of stone and wooden choral galleries, the absence or addition of drapes and tapestries, the depth of the church, and the relative distances between the instrumentalists, Thomaskirche choir, and audience. The team’s calculations also took into account the acoustically absorbent properties of the congregants. During Bach’s tenure, Thomaskirche became a “kind of religious opera house,” writes Bagenal, and Bach’s weekly cantatas usually premiered to pews packed with Sunday churchgoers.

In a sound studio back in Washington, D.C., an ensemble recorded several versions of the cantata “Herz und Mund und Tat und Leben,” which Bach composed during his first year as Thomaskantor, to be integrated into the computer simulations—a “computationally intense operation,” says Boren, that had to be broken down into orchestral segments.

Boren expects to release a website later this year with data from the experiments and the cantata recordings rendered in the two different eras. Users will be able to hear the cantata as it might have sounded from different positions within the Thomaskirche, and even upload their own recordings to filter through the acoustic models.

While the project is still under way, early findings suggest that the sound quality of Bach’s Thomaskirche was indeed clearer than in the pre-Reformation or contemporary versions, though perhaps not by as wide a margin as Bagenal might have predicted. Researchers also found that the acoustic models of the church had an immediate effect on the performers recreating Bach’s cantata. In recordings where musicians could hear the simulated historic reverberations in real time through earphones, the performers gradually slowed their tempo to accommodate the echolike feedback.

Boren (who is also part of an international task force seeking to recreate the lost soundscape of Paris’s Notre Dame Cathedral) believes the project might inform other scholarly discussions of Bach’s work—such as heated debates on how many singers typically performed Bach’s choral pieces, which some modern musicologists have argued may have been as few as four, one for each voice part. (Contemporary Bach productions tend to use many more.)

With time, Boren hopes, investigations of acoustic conditions will play as much a role in music scholarship as archival research and the analysis of scores. As interest in the early music movement has grown, performers and musicologists have increasingly turned to period instruments, smaller ensembles, and faster tempos to try to more faithfully recreate the music of the past. “But I wouldn’t want to leave out the reverb,” says Boren.

Meanwhile, Boren’s virtual simulations put modern audiences on a more intimate footing with the composer whose work has influenced three hundred years of Western music. “We don’t have a time machine,” he says, “but this may be as close as we can get to allow you to sit in the Thomaskirche in 1723 and hear Bach’s music the way that Bach heard it.”

In 2018, Braxton Boren’s “Hearing Bach’s Music as Bach Heard It” was awarded a $50,000 NEH Digital Humanities Advancement Grant. The project is one of several NEH-funded efforts to recreate the sounds of the past, a field sometimes referred to as “archaeoacoustics.”

At Rochester Institute of Technology, a team led by Sung-young Kim, an associate professor of audio engineering, is using a $347,701 grant to develop protocols for preserving the aural heritage of culturally significant sites. The project aims to digitally replicate the acoustics of recording studios from Nashville’s historic Music Row; the large public interior of the former Rochester Community Savings Bank, in Rochester, N.Y.; and the 3,000-year-old UNESCO World Heritage Site Chavín de Huántar, in Peru, one of the best-preserved examples of pre-Columbian architecture in the Americas.

Also at North Carolina State University, a $200,000 NEH Digital Projects for the Public grant is enabling work on the Virtual Martin Luther King Project (vMLK), a multimedia recreation of Martin Luther King Jr.’s 1960 “Fill Up the Jails” speech—of which there is no known recording—as it might have sounded when delivered at the White Rock Baptist Church, in Durham, N.C.

This article is available for unedited republication, free of charge, using the following credit: “Originally published as “What Did Bach Sound Like to Bach?” in the Spring 2020 issue of Humanities magazine, a publication of the National Endowment for the Humanities.” Please notify us at @email if you are republishing it or have any questions. 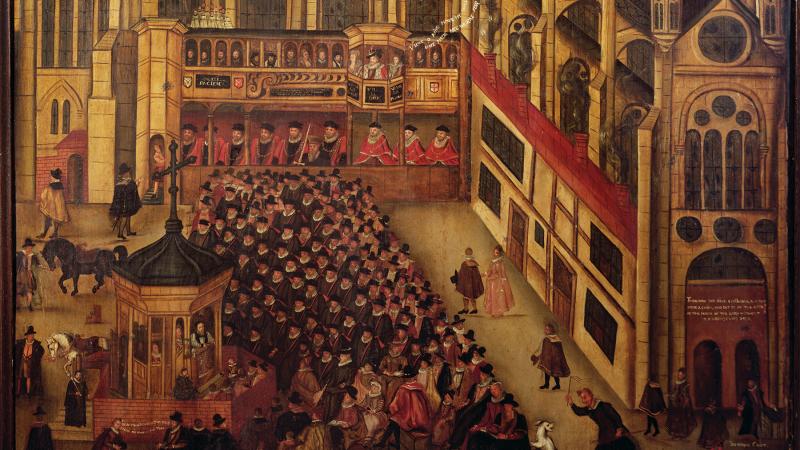 It would be hard to imagine anyone more learned about the German spoken today in central Texas than Hans Boas.