NEH-supported projects on the Asian-American and Pacific Islander experience 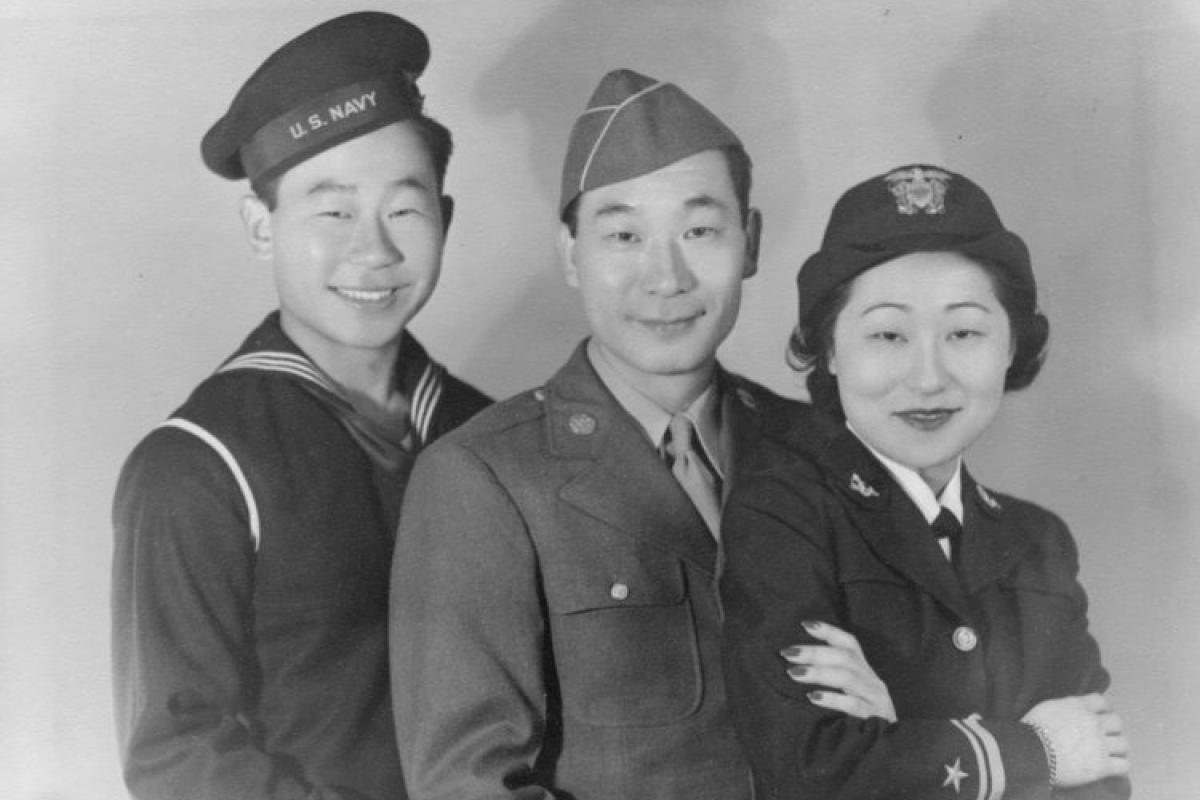 Korean-American siblings Ralph, Philip, and Susan Ahn in military uniform in 1942. Their family story is among the many personal histories featured in the NEH-supported documentary series Asian Americans.

Courtesy of of the film, Asian Americans, PBS

The National Endowment for the Humanities stands with the Asian-American and Pacific Islander (AAPI) community and all Americans against racism, xenophobia, and intolerance. Asian Americans and Pacific Islanders are integral to the history of our nation and culture and will continue to play a vital role for generations to come. NEH is proud to have supported the following projects that provide perspective and insight on the Asian-American experience.

NEH-supported projects and resources on the Asian-American and Pacific Islander experience:

Museum of Chinese in America
NEH grants have supported the digitization of records and artifacts documenting the personal and family histories of the Chinese-American community, assisted in the preservation of the museum’s collections, and supported the museum in recovering from a devastating 2020 fire.

From Immigrants to Citizens: Asian Pacific Americans in the Northwest
This summer the Wing Luke Museum in Seattle will hold two NEH Landmarks of American History workshops for K–12 educators on the history and culture of Asian and Pacific-Islander Americans in the Pacific Northwest.

Heart Mountain, Wyoming, and the Japanese American Incarceration
This summer, educators for grades 5–12 will attend an NEH Landmark of American History workshop at Heart Mountain, Wyoming, one of ten incarceration sites for Japanese Americans forced from the West Coast during World War II, to learn about the Japanese-American experience in the U.S.

The Chinese Exclusion Act
Streaming at PBS American Experience, this 2018 documentary examines the origin, history, and impact of the 1882 law that made it illegal for Chinese workers to come to America, and for Chinese nationals already here to become U.S. citizens.

Who is American?
This NEH grant-supported a 12-month public humanities project at the Center for Asian American Media, fostered understanding and dialog on the history and impact of the 1882 Chinese Exclusion Act, and brought Americans from all backgrounds together to reflect on themes of immigration, citizenship, national identity, civil rights, globalization, labor, democracy, and other issues of ongoing relevance.

The Hmong Heritage Project
An NEH grant supported community digitization days and related public programming to capture the memories and artifacts of Hmong community members in Catawba County, North Carolina, home to the fourth largest population of Hmong immigrants in the U.S.

Louisiana’s Hidden History of Japanese Internment
An NEH grant to Louisiana State University is supporting work on a digital archive of materials on the histories of Camp Livingston and Camp Algiers, where Japanese prisoners of war and U.S. civilians of Japanese ancestry were interned during World War II.

Chinese American Mothering Across Generations: Toy Len Goon and the Creation and Recirculation of the Model Minority Myth
Supported by an NEH Fellowship, Andrea Louie, a scholar at Michigan State University, is researching and writing a book about Toy Len Goon, a Chinese immigrant who was selected as U.S. Mother of the Year in 1952.

Kani’aina, the Hawaiian Spoken Language Repository
NEH has supported the digitization and transcription of recordings of Native Hawaiian for inclusion in a digital repository for use in researching and teaching the Hawaiian language.

The Collective Memory of the Korean Community
An NEH grant to the Korean American Historical Society is supporting community digitization events to collect family records and materials documenting domestic life, immigration, small businesses, and community organizations within Korean-American communities across the U.S. The resulting digital collection will be made available online through the Wing Luke Museum.

Behind Aiiieeeee!: A New History of Asian American Literature
Scholar Tara Fickle at the University of Oregon is using an NEH Fellowship to prepare a book examining the publication history of the first anthology of Asian-American literature, Aiiieeeee!

The “Reading Together Book Project” at Minnesota Humanities Center seeks to address the lack of children’s books that speak to the experience of being an Asian Pacific Islander (API) child or youth in the United States.

We are Water Minnesota exhibition at the Hmong Museum in St. Paul, MN—sponsored by the Minnesota Humanities Center—shares the experiences of the Hmong American community’s connection with water.

Read entries from the Louisiana Endowment for the Humanities’ magazine and Louisiana encyclopedia, 64 Parishes, on the Vietnamese in Louisiana and New Orleans’ Chinatown.

The Many Stories-One Heritage oral history project at Troy Historic Village—sponsored by Michigan Humanities— documents the stories and experience of twelve first- and second-generation Asian immigrants who arrived in Troy Michigan and Oakland County after the Immigration and Naturalization Act of 1965.

Newcomer Legacy: A Vietnamese-American Story in West Michigan: produced with a grant from Michigan Humanities, this documentary follows the lives of nine Vietnamese refugees who settled in West Michigan following the Communist overthrow of South Vietnam in 1975.

The Smithsonian Asian Pacific Heritage Center “Standing Together Against Hate” portal provides links to exhibitions and resources from across the Smithsonian museums focusing on Asian-American and Pacific Islander voices.