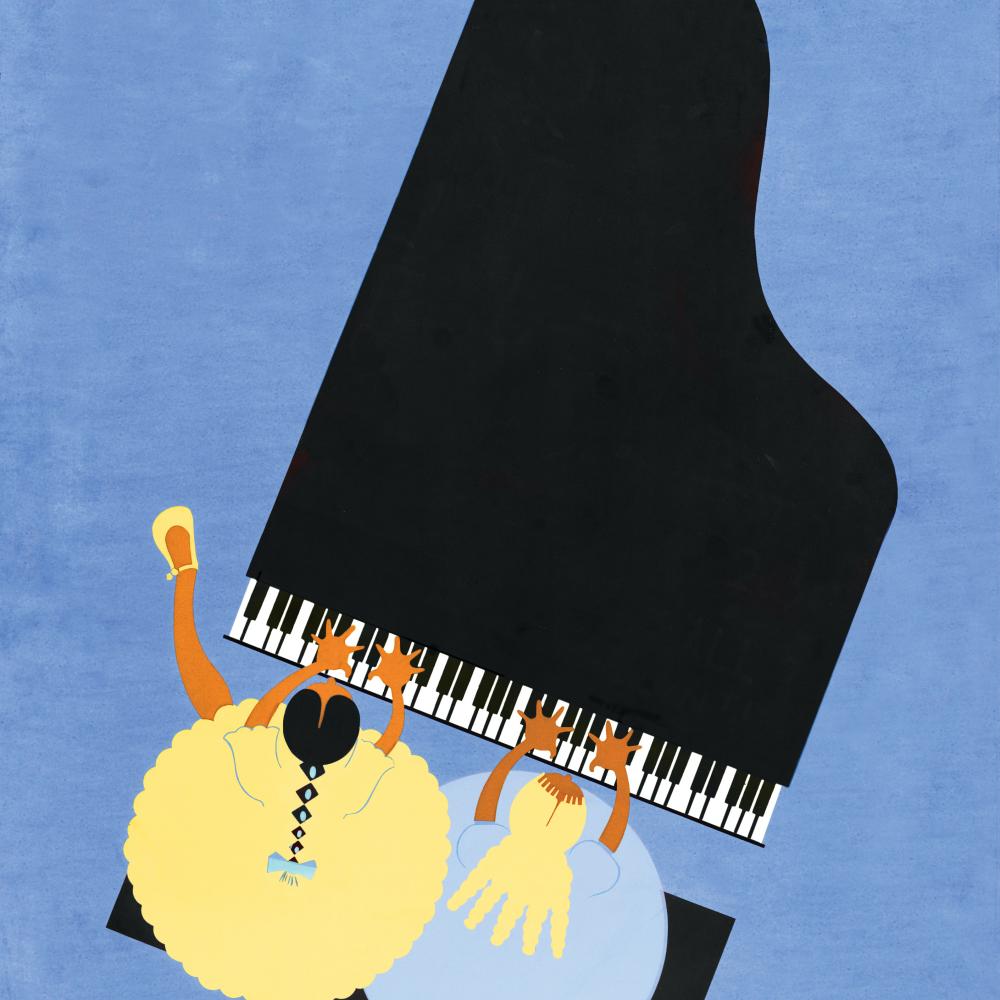 I’m an ethnomusicologist. Not everyone knows this word, so if you’re introduced to me at a party, or if you strike up a conversation with me on an airplane, I’ll probably tell you that I’m a “music professor” or a “music historian.”

Pressed further, I will explain that I write books and articles and teach classes about music of the twentieth-century United States, particularly jazz and rock. “That sounds like an interesting job!” you might say, and I’ll wholeheartedly agree.

If, instead, I begin by saying that I’m an ethnomusicologist, you may very well ask, “What’s ethnomusicology?” That’s a harder question for me to answer.

Ethnomusicology has been defined in many different ways, largely because ethnomusicologists seem to study so many different subjects. Mantle Hood, who established the influential ethno-musicology program at UCLA, defined the field in 1963 as “the study of music in terms of itself and within the context of its society.” Alan Merriam, Hood’s contemporary at Indiana University, famously proposed “the study of music in culture” in 1960, modified this definition to “the study of music as culture” around 1973, and then in 1975 described ethnomusicologists as those who “see the focus of their study as human beings and work out from there, saying that ‘music is culture’ and ‘what musicians do is society.’” These very general definitions rely on the shaky assumption that we know what “music” is, which, strange as it may sound, is far from certain.

Many non-European languages don’t have a word that translates easily as “music.” Scholar of African music Ruth M. Stone writes, for example, that “the isolation of music as sound is quite foreign in the conceptualization of most West Africans,” whose languages and cultural practices often wrap singing, drama, dancing, and instrumental performance into a “tightly bound complex of the arts.”

British ethnomusicologist John Blacking, in his widely read 1973 book, How Musical Is Man? (the answer is “very”) proposed that we define music as “humanly organized sound,” which, while useful, is perhaps too broad. We often draw a distinction between speech and music, for example, even though both are sounds organized by humans. Moreover, the many sounds inadvertently or indirectly organized by humans (the polyrhythmic groove produced by an old washing machine, say, or, the grating whine of a leaf blower) don’t typically qualify as music, although that hasn’t stopped enterprising composers from incorporating such sounds into creations that we likely would consider music (listen to the airplane propellers in George Antheil’s Ballet Mécanique, for example, or the supermarket sounds and exploding bombs sampled and manipulated in the recent works of electronic musician Matthew Herbert). It might be most accurate, if troublingly tautological, to say that music is those sounds that people call music.

The Society for Ethnomusicology, founded in 1955 and flourishing today with over 1,700 members, reflects this almost infinitely broad purview. The program of the society’s 2014 annual conference, held that year in Pittsburgh, covered musical traditions from Chinese opera to Norwegian jaw harps to Nigerian reggae, and cultural issues from masculinity in heavy metal to Buddhism in the American avant-garde to ethnic-minority hip hop in China. While most of the presentations explored contemporary music around the world, some of the work (as does my own) addressed historical questions: the effects of apartheid on South African music, for example, or jazz musicians in the Calcutta record industry before World War II. Live performances included Irish music and dance, a Balkan and East European dance party, and the Dangdut Cowboys, who play Indonesian popular music. I look forward to the conference every year—it’s a wonderful opportunity to learn more about and participate in an ever-changing and unpredictable world of music.

As the diverse range of musical idioms and approaches addressed by the society might lead you to suspect, most ethnomusicologists reject the common claim that “music is a universal language.” One might as well call talking a universal language—lots of people around the world do it, but they don’t automatically understand one another. That said, music appears to be a universal behavior and a universal preoccupation.

Ethnomusicologist Bonnie Wade explains that “every known group of people in the world exercises their creative imaginations to organize sound in some way that is different from the way they organize sound for speech.” A recent wave of disability studies in ethnomusicology has demonstrated that, except in rare cases, physical and mental differences need not prevent people from making music. Evelyn Glennie, an internationally acclaimed percussionist who is also profoundly deaf, writes in her “Hearing Essay” that “my hearing is something that bothers other people far more than it bothers me.” Music may be in the ear of the beholder, but just about everyone is a musician.

The default stance of ethnomusicology, therefore, is aesthetic relativism. We don’t argue that one kind of music is better than another, because there isn’t an objective position from which to make such a claim.

Perhaps you have a friend with season tickets to the symphony orchestra, and another who’s a regular at the local punk rock bar. Friend #1 might argue that his music rewards thoughtful attention to a gradually unfolding structure. Friend #2 might respond that her music, in contrast, possesses a visceral immediacy and inspires her to move her body in an energetic and exciting way. Friend #1 might add that the works of Beethoven and Brahms epitomize timeless values of intellectual complexity and sublime beauty that remind us of our ability to transcend temporal concerns. Friend #2 might point out that punk, unlike the canonical repertoire of classical music, directly addresses current political issues with commitment and critical consciousness. Friend #1, piqued by Friend #2’s recalcitrance in the face of great art, might turn up the heat by condemning punk as “noise.” Friend #2, having pulled out your copy of the Oxford English Dictionary, might point out that “noise” is a purely subjective term that once meant “a pleasant or melodious sound” and now means only “any music that the person saying it doesn’t like.” Friend #1, nose held high, responds that the orchestra hall, unlike the punk club, attracts a well-mannered sophisticated audience who embody good taste and refinement. Friend #2 flips over the dining room table as a statement of antielitism. You serve a quick dessert in the kitchen and resolve never to invite these two to dinner on the same night again.

Although they haven’t noticed, your two friends do have something in common—the belief that music can and should be good. Most punk rock fans would argue that some bands (perhaps the Ramones or the Sex Pistols) are better than others, just as classical audiences consider some nineteenth-century composers (Beethoven, Brahms) canonical and others (Václav Veit, say, or Franz Hünten) not. But even the value of “good” music is up for debate.

Some ethnomusicologists believe that the problem isn’t that there’s too much bad music, but rather that industrial societies’ obsession with technical perfection and slick, marketable musical products has intimidated most people into becoming passive consumers of music rather than active, happy creators. John Blacking pointed out that while many of us believe “that only a limited number of people are musical,” we also take for granted that everyone possesses “the basic capacity without which no musical tradition can exist—the capacity to listen to and distinguish patterns of sound.” Charles Keil, whose scholarly work has focused on “participatory discrepancies” in African-American music—the subtle negotiations of time and timbre that make James Brown’s band groove or Count Basie’s swing—argues that imperfection, rather than robotic precision, might actually be the crucial aspect of musical experience. For Keil, this view of musical creativity has larger political and social ramifications. He argues that “it is our defects, imperfections, weaknesses, mishaps, inadequacies, discrepancies that require participation and collaboration, playing with others, balancing, sharing, arguing, resolving differences, relating, keeping together in time, if we are to survive and thrive as individuals, families, friendship circles, bands, classmates, colleagues, communities, nations.” Claims such as Blacking’s and Keil’s come back to a central ethnomusicological question: What if we think about music, not as a set of beautiful artifacts that preternaturally talented people make, but rather as a behavior, something that practically anyone can do?

I was inspired to think about this question while conducting research on the Godz, a folk-rock band formed on the Lower East Side of Manhattan in 1966 and still prized by their small but dedicated cult of fans (of which I’m proud to be a member) for their aggressive ineptitude. The Godz’ first three albums, still available as reissues, feature out-of-tune guitars, noodling flutes, squawking violins, unsteady rhythms, pointless lyrics perhaps made up on the spot, and above all else an infectious sense of fun and freedom. While the recordings themselves can, of course, be analyzed as “works,” their point seems to be the energy and spontaneity that went into their creation rather than a polished final product. When I interviewed former members of the group in 2009, they emphasized the sense of playfulness and enthusiasm that motivated their music. While the Godz didn’t aspire to sound bad, they also didn’t see this as an obstacle. Singer and guitarist Jim McCarthy remembered that “it was meant to be pure gut feeling, emotional expression. Sometimes that was pleasant and sometimes not, depending on the subject matter, but it was always meant to be real.” The Godz contributed to the world of music, I’d argue, not by making masterpieces in the conventional sense, but rather by demonstrating that the right to perform and to enjoy performing doesn’t belong only to virtuosos. McCarthy put it more succinctly: “Our premise was that anyone could make music.”

Ethnomusicologists often take pride in having opened up academic music programs, long dominated by European “classical” music, to musical traditions from all over the world. Perhaps another important role that ethnomusicology can play is to encourage all of us to be less afraid of our own capacity for music-making and more willing to make sounds for the sheer joy and conviviality of it. There’s certainly ample precedent for the idea, from Psalm 100 (“Make a joyful noise unto the Lord, all ye lands”) to Walt Whitman’s “Song of Myself” (“I sound my barbaric yawp over the roofs of the world”) to, for those of us raised on Sesame Street, Joe Raposo’s classic song “Sing” (“Don’t worry that it’s not good enough for anyone else to hear—sing, sing a song!”) Whatever your source of inspiration, ethnomusicology demonstrates that making music is a fundamental part of what it means to be human.

Patrick Burke is an associate professor of music at Washington University in St. Louis. He is the author of Come In and Hear the Truth: Jazz and Race on 52nd Street (University of Chicago Press).

In February 2005, Patrick Burke received a summer stipend from NEH to support work that led to his book Come In and Hear the Truth: Jazz and Race on 52nd Street. In 2010, he received a full research fellowship to support work for his forthcoming second book, Trouble Every Day: Rock, Race, and Revolution in the 1960s. 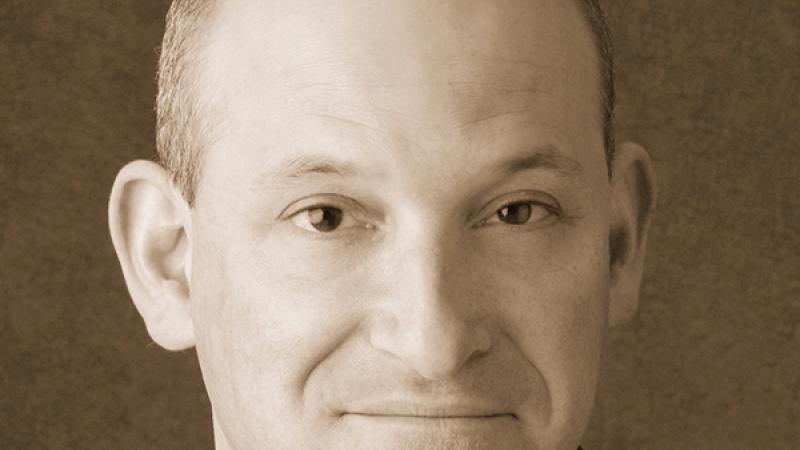 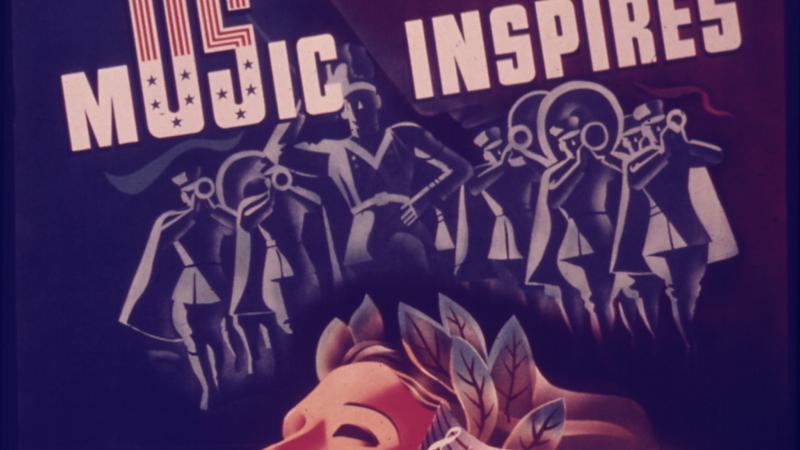