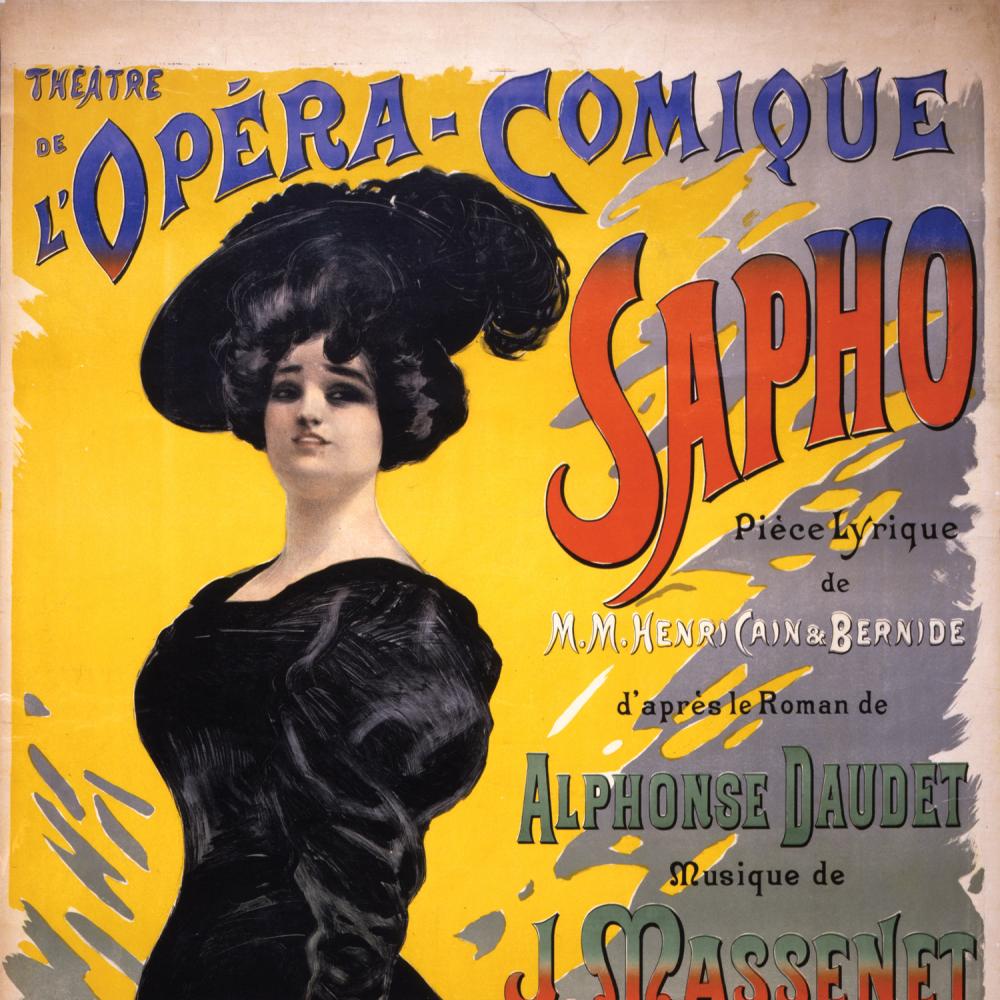 Authenticity versus exoticism in operatic performances can be a fine line, especially when it involves nineteenth-century French representations of Spain. Emma Calvé’s interpretation of Carmen, in Frenchman Georges Bizet’s opera by the same name is a prime example, as made clear in the NEH-funded Music Theater, and Cultural Transfer: Paris 1830–1914.

Calvé was born in 1858 in the Cévennes in the south of France, lived in Spain for four years as a girl, and was ushered to Paris as a young woman when it became apparent that a promising singing career lay ahead. Her debut at the Opéra-Comique was solid, but her career did not soar from the start, so she packed her bags and made for Italy to develop more fully as a singer for the opera stage.

In Italy, Calvé fell under the influence of Eleonora Duse. Calvé read and reread books on Duse, and attended many of her performances, responding profoundly to the authenticity in her acting. Calvé also did research and acquired life experiences that informed her own role in Italy as Ophélie in Hamlet. In order to create her own Duse-inspired authenticity, she visited an asylum and got to know a deeply distraught woman who had been rejected by her lover.

In preparation for taking on the role of Carmen, she again did her homework. She traveled to Seville and stood outside factories, studying cigarette girls and noting how they flirted with their skirts, visited gypsy camps, and planned changes to the costume performers traditionally wore in the role of Carmen, from a bolero and short skirt to a fringed shawl. Back in Paris, with her research, life experiences, and fiery temperament, she was ready.

George Bernard Shaw greatly admired Calvé’s early performances—a naturalistic approach—but he eventually vowed never to see her perform again in Carmen because she “carried her abandonment to the point of being incapable of paying the smallest attention to the score.”  Even so, the artistic freedoms and seeming arbitrariness in her performances hit the right note with other critics. Hers was an aesthetic of realism.

Her signature piece came to be “O Magali,” a Provençal folk song she performed in Sapho, which she sang in the title role as well as in concerts. Both opera and concert audiences made the connection between her performances of the heartfelt lyric composition—true to her roots—and the authenticity she found a way of injecting into every role.