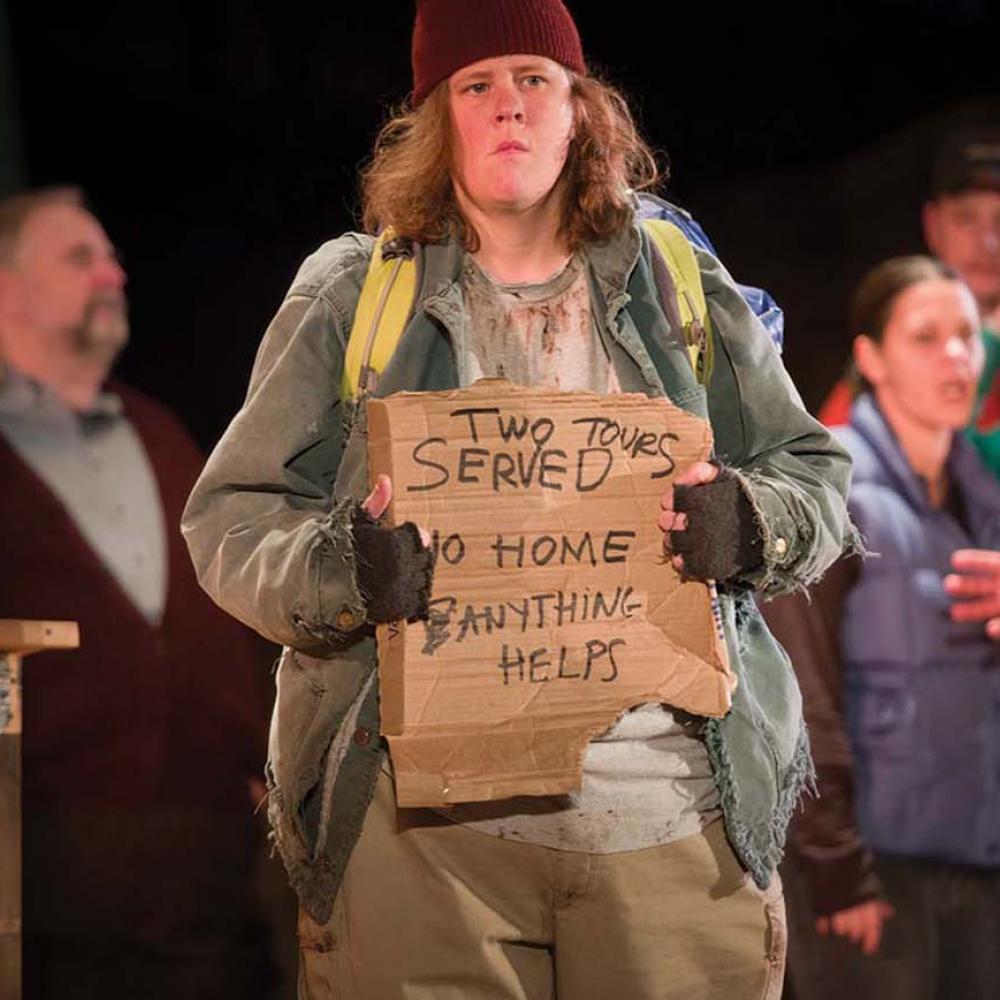 Scene from the Veterans Play Project.

When Dakota and Ojibwe warriors returned from battle, tribe members would surround them with healing songs and ceremonies. The fighters had set aside their humanity; now mentors would help them become human again.

There is no such ritual—no sacred event—that embraces veterans on their return to contemporary America. Veterans are often left alone to contemplate their life and humanity after surviving experiences intended to extinguish both.

Leah Cooper, a Minneapolis theater director, stepped into this void with a proposition: Could the theater be a place for veterans to regain their humanity through sharing their stories? As valuable as that would be, pursuing the idea raised another question: Would their stories make good theater? Thus was born The Veterans Play Project, a theatrical experiment for men and women soldiers who had never acted in a play or written a line of dialog.

Cooper found accomplices in Mixed Blood Theatre, the Minnesota Department of Veterans Affairs, and the Minnesota Humanities Center. These and other cautious allies put out the word that this theater director wanted veterans to tell their stories, on their own terms.

“I had reservations because it’s a very sensitive issue,” said Samuel Ortiz Verdeja, an adviser to the Humanities Center’s veterans outreach program. “We don’t trust anyone to tell our story and take it public, but she assured me they would be sensitive and open to vets like me with combat experience.”

More than 120 veterans participated in discussion groups designed to draw out stories of post-traumatic stress disorder, harassment, isolation, stigma, broken relationships, and financial anxiety. Trista Matascastillo, a program officer with the Minnesota Humanities Center, hosted a session that was intended to be an hour and lasted three.

Cooper counseled patience. She wanted a piece of theater that would be honest and true, but she did not want it performed until it was ready. And, as she had to tell the veterans, “We don’t know what this play will be about.”

The challenge was to shape veterans’ realities into something a civilian audience could embrace.

“For most Americans, it’s an invisible war,” said David O’Fallon, president of the Humanities Center. “The cost to the men and women who serve has been unspoken. The project aimed at vets being creative forces and bringing that back to the culture.”

Cooper eventually built a theatrical framework: Hollywood producers visit a fictional small town and express interest in making a film about veterans. This got to the core issue: Who controls how veterans’ stories are told? Thirteen vets and seven professional actors performed the play at Fort Snelling Base Camp near the Minneapolis-St. Paul border.

“Leah and her staff coached us and helped us become first-time actors,” Ortiz Verdeja said. “They had our back and that was very important to us.”

Some veterans sang; others danced. One motored his wheelchair to center stage and said he wasn’t proud of what he did in war—but spoke to honor dead comrades. Actors portrayed an unruly gang of drinking vets cussing a blue streak. “When you are going to be blown up at any minute, you don’t care about the niceties,” one said, explaining the profanity. “Civilians don’t get it.”

Just as civilians don’t “get” the reaction of some vets to the greeting, “Thank you for your service.”

“You don’t even know what you’re thanking me for!” said one veteran in a scene of frustration.

“That is so right on,” said Matascastillo, a veteran of sixteen years. “That is exact, and complicated, and it left the audience saying, ‘What do I say?’”

Matascastillo said she felt the play “nailed it” in terms of tone, context, the off sense of humor, the vulgarity. Her concern, though, is that “I’m not quite sure civilians got out of it what I got out of it.”

O’Fallon agrees, and hopes Cooper’s group can continue somehow to foster dialog. “This is fundamental to the Humanities Center,” he said. “What brings us together as humans, rather than what separates us. This is a long-term commitment.”

Graydon Royce writes about theater and the arts for the Minneapolis Star Tribune. 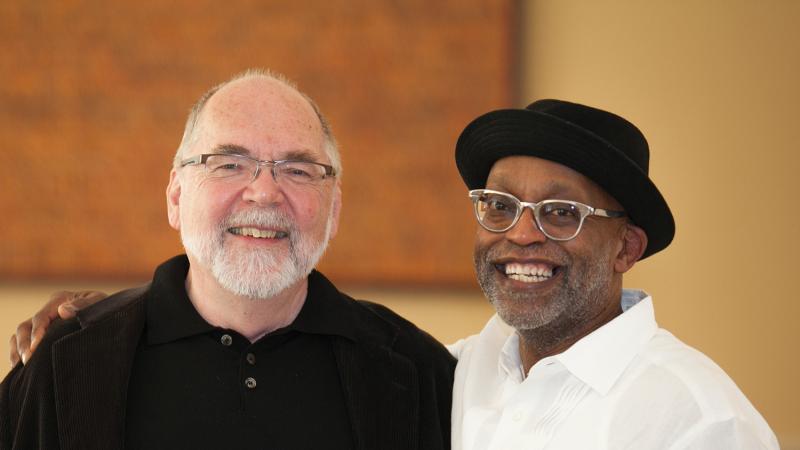 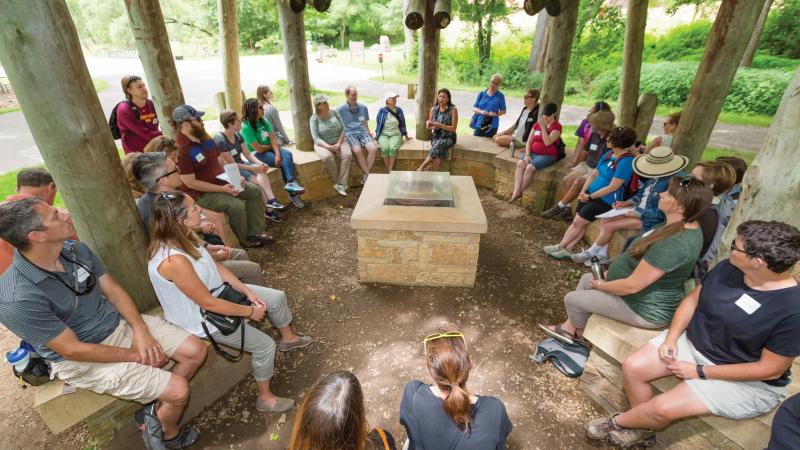 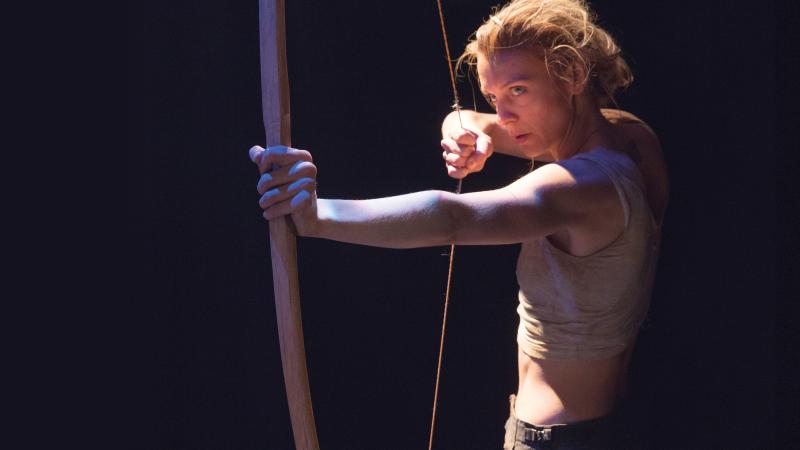