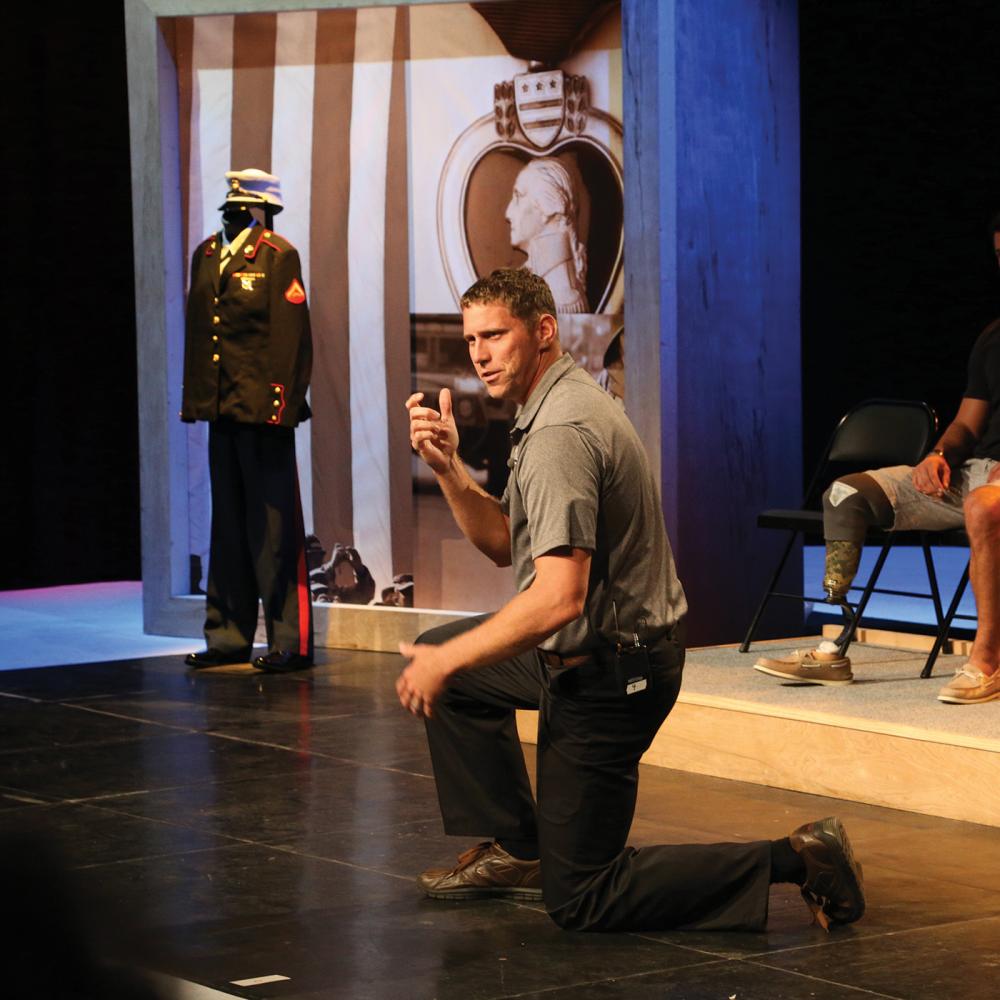 Seven performers bowed as the applause and the cheers continued, but instead of exiting the stage, they turned to each other to hug and shake hands. They had done it. After three months of work, the group had shared the stories they set out to tell: their own. 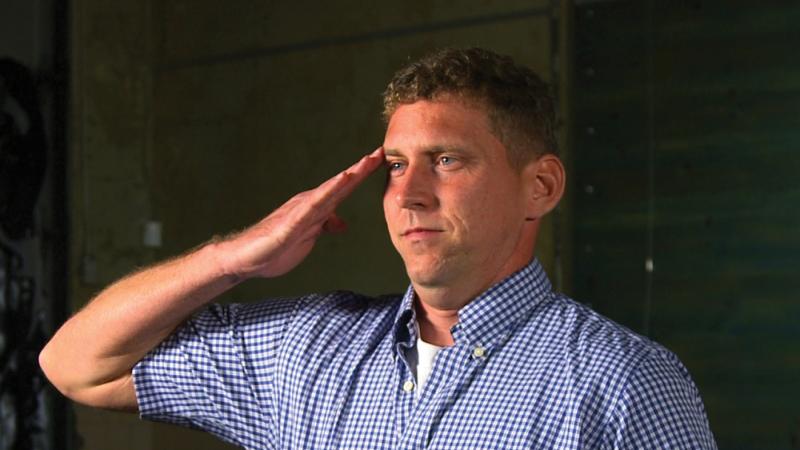 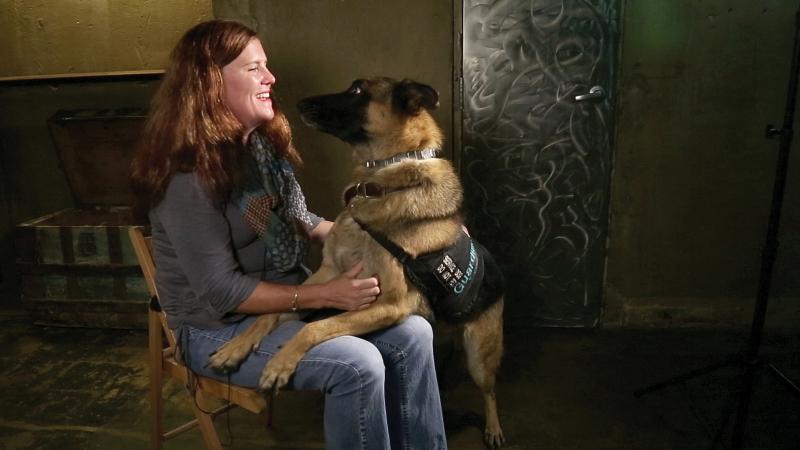 It is part of The Telling Project, a national program that helps veterans and their families break through feelings of isolation to share their experiences in nontraditional theater performances. Each line of the script comes from interviews conducted with the veterans and family members at the beginning of the process. Each performer memorizes and performs their own words, scripted together into a cohesive, one-hour production.

Also supported by the Florida Humanities Council is a behind-the-scenes documentary about the program and its process, Veterans—The Telling Project, which will air on Florida public television November 5. A second Florida Telling Project is under way in Pensacola with performances scheduled this November. The Tampa Bay cast is considering a reunion performance in the spring.

“If someone could see this and say, ‘Well, we have a bunch of veterans,’ and invite everyone to come out and share some of their stories and share that burden, that would be amazing,” said Simonson, a West Point graduate who served in the Army for 13 years, including tours in Iraq. He retired after returning home from a mission to discover his children couldn’t remember him.

The stories on stage reflect the range of veterans’ experiences as well as the similarities. Davis served as a Navy cryptologist during the Cold War and was stationed at the Pentagon in Virginia, and in Iceland. There, two marines had to accompany her outdoors whenever there was a strong wind—at 85 pounds, she would have literally blown away without them holding onto her.

Army infantryman Urruela lost his leg below the knee after more than 30 operations trying to correct the damage inflicted by a roadside bomb in Iraq, two days before he was scheduled to come home. His femoral artery blew during a 14-hour surgery and his heart stopped twice on the operating table.

Dunlap joined the Marine Corps before graduating high school and served from 1976 to 1982. Upon leaving the Marines, he was unable to settle into civilian life and drifted across the country for nearly two decades, spending long periods of time unemployed or homeless.

“These aren’t actors. These are people telling their stories,” said director Lisa Powers. “No one added anything or told them not to say something. It was done their way and it was really, really powerful because of that.”

It was also very, very difficult. Some of the participants had told their stories to doctors, therapists, or family members hundreds of times. But performing is different, and they had to learn to reconnect emotionally with what they were saying and communicate those feelings with the audience. Others shared their stories infrequently and had to summon tremendous courage just to talk.

“There are some days that I don’t want to think about it and I don’t want to talk about it. And then there are other days that, yes, I do want to talk about it, and today? Today is one of those days,” said Jessica McVay, who was raped twice during the five years she served in the Marine Corps. One rape resulted in an entopic pregnancy and the removal of one of her fallopian tubes. The other resulted in her medical retirement from the Marines.

Scott Owens struggled with post-traumatic stress disorder and a misdiagnosed traumatic brain injury when he left the army after nine years of service. Despite sending out hundreds of job applications, he was unable to find employment. Feeling like a drain on his family, he contemplated suicide.

“He looked up from his video-game remote and I realized that he had his gun right there, and said, ‘you know, you guys would be better off without me. The insurance policy will pay for me whether I do it or someone else does it,’” Shannon Owens said.

She called the police for help. One of the officers was a veteran himself and understood Scott’s plight and got him assistance. That same officer attended a performance of The Telling Project four years later. Shannon recognized him in the audience and called out to thank him during the talkback session at the end of the show.

“It was a crazy, amazing moment,” said Powers. “You can’t plan that.”

After the performances, veterans in the audience stood and shared their own stories. One Vietnam War veteran and recovered alcoholic compared the experience to an Alcoholics Anonymous meeting: hearing other people’s stories, sharing your own, and knowing that you are not alone in your struggles. Powers recalled a 25-year-old veteran who approached her after a performance to tell her how helpful it was to hear other people talking, in public, about the problems he experienced in private but couldn’t articulate.

“He felt that he had been seen, even though it wasn’t him up there,” Powers said.

“This has helped some of us come out of the shell we’ve been in so long and cope better with the fact we’re not alone,” said Shannon Owens. “You know there’s someone out there going through the same stuff.” 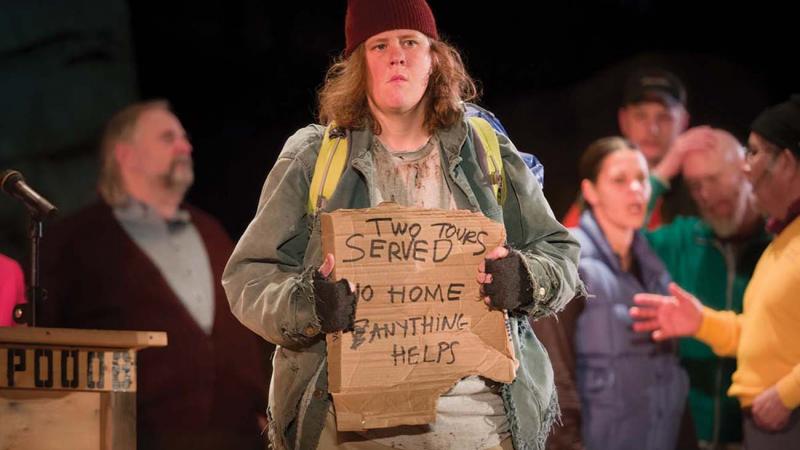