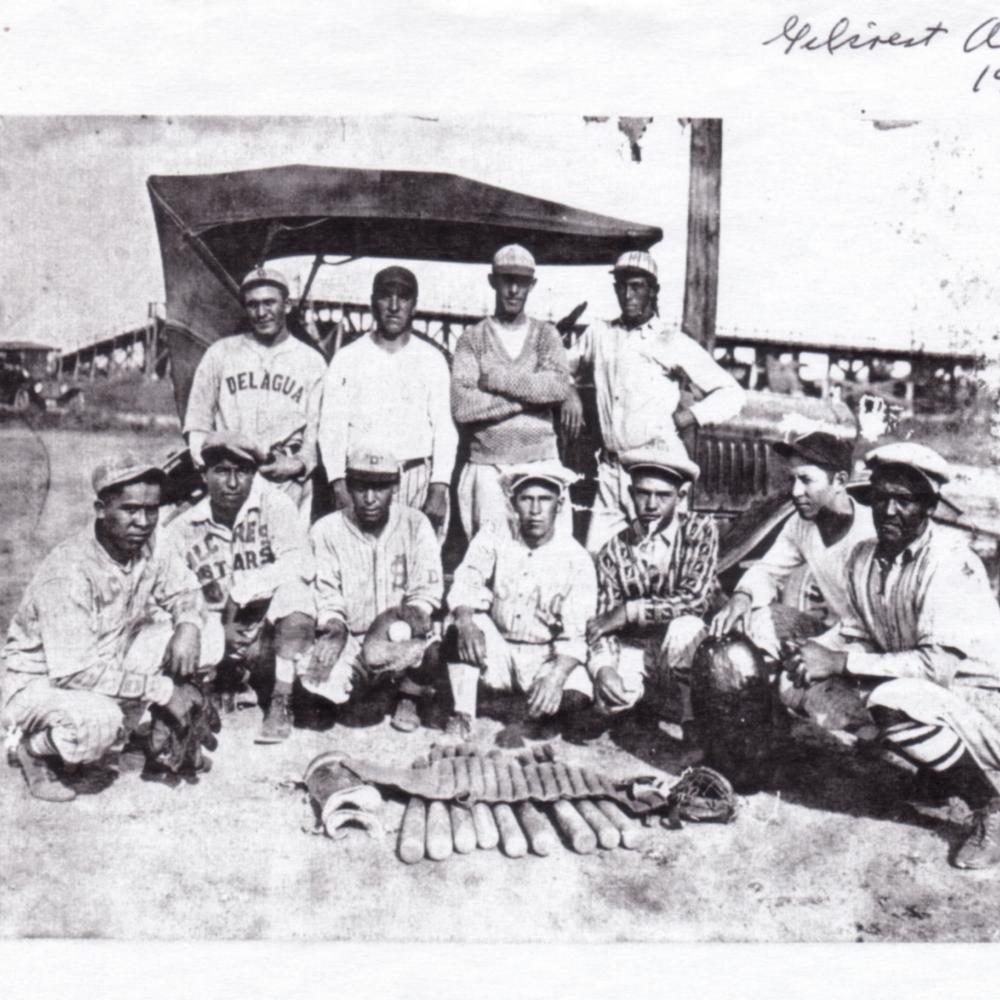 What started as a simple genealogy project for Gabriel and Jody Lopez turned into an extensive oral history, documenting an entire region, its communities, and its culture of baseball.

From 1925 to 1969, baseball was a way of life for Hispanic families who settled in colonies built by the Great Western Sugar Company across northern Colorado and southern Wyoming. The villages were built to house year-round workers for the company’s sugar beet fields. As colonies formed teams, the game spread like wildfire, becoming the main sport and source of entertainment for an entire population. From the first pickup games, the Sugar Beet League grew into a highly competitive semipro franchise that was racially integrated well before Major League Baseball.

For decades, whole villages shut down every Sunday to follow and cheer on their teams. Kids chased fly balls and practiced their own sandlot version of the game until they were old enough and good enough to play for the home team. Gabriel remembers watching his father and eight of his uncles play for the Greeley Grays, a powerhouse named after a favorite all-black team, the Homestead Grays. As Gabriel delved further into his family history, he started tracking down others who had played for the Grays and rival teams, ninety players in all.

The Lopezes organized a reunion for former Grays in 2003—fifty-six players returned, the oldest having played in 1938, the youngest in 1966. Almost everyone in the league played for the Grays at one point or another—it was common practice for winning teams to recruit talent from other teams at big tournaments. Frank Carbajal, Tony “Pee Wee” Tellez, Tito “Butter” Garcia, Ernie Andrade—you won’t find their names in the halls of Cooperstown, but you will hear them in the lore of the Rocky Mountain League, as the Sugar Beet League was eventually called. Baseball was ritual, pride, and entertainment. Everyone turned out for the games, sometimes traveling from as far away as Utah or Arizona to watch. Ernie Garcia remembered, “A big game, Ernie Andrade pitched for Gilcrest and Frank Carbajal pitched for the Grays. There were cars double-parked all the way around. . . . It was like the Yankees and the Dodgers playing over there.”

According to the Lopezes’ book From Sugar to Diamonds, “Many teams were made up from families with several brothers, which made it convenient for practicing in the evenings after the workday.” A familial aura spread through the entire league, across teams and racial divisions. “They treated each other well,” says Gabriel Lopez, sharing meals and camaraderie, as well as equipment and players as needed. The “home team” literally invited the visiting players into their homes for food and festivities, often serving up breakfast to anyone who stayed all night.

In the early years of the league, things were makeshift. The first playing fields were empty beet dumps donated by Great Western, which the players kept clean all summer long, finishing the baseball season just in time to use them for the harvest. Uniforms were hard to come by, as were balls, bats, and gloves. If a bat broke, it was nailed and taped back together to use again. Homemade balls were formed from the string of old socks wrapped around a small rubber ball and taped—when it broke, the string was saved to make the next ball. Players sewed their own gloves from canvas, stuffing them with old rags: “When we would put too much padding in the gloves the ball would bounce out when we tried to catch it,” recalled David Lopez, one of Gabriel’s uncles who survived diphtheria in childhood and went on to be a star runner for the Grays.

By the time Gabriel’s father, Augustine “Gus” Lopez, retired in 1959 (he played for twenty-one years), the game looked very different. The stadiums now had bleachers, fences, and field maintenance, and the players sported store-bought uniforms and equipment, sponsored by local businesses. They recruited star players from local high schools and colleges, brought in retired pro players, and in 1941, years before Jackie Robinson entered MLB, the Grays recruited the first black player into its team. A few players even went on to play in the majors. In the Lopezes’ book, an early organizer named Alvin Garcia is credited with popularizing the league. “He made it fashionable for the Anglos to try to play for us,” said Carbajal. “He not only got a place for the Mexicans to play, he beat all the Anglo teams around. . . . Alvin Garcia broke the color line long before anyone knew he had, and he did it with dignity and class.”

Television is credited with the demise of the league. As people stayed home to watch professional baseball on the small screen, audiences dwindled at the local fields. By 1969, the members of the Rocky Mountain League hung up their spikes, and Colorado held its last semipro tournament in 1972. Today, a traveling museum exhibition, a book, and ongoing presentations given by the Lopezes throughout Wyoming and Colorado under the auspices of those state humanities councils are what keep the memories of Sugar Beet baseball alive for the next generation.