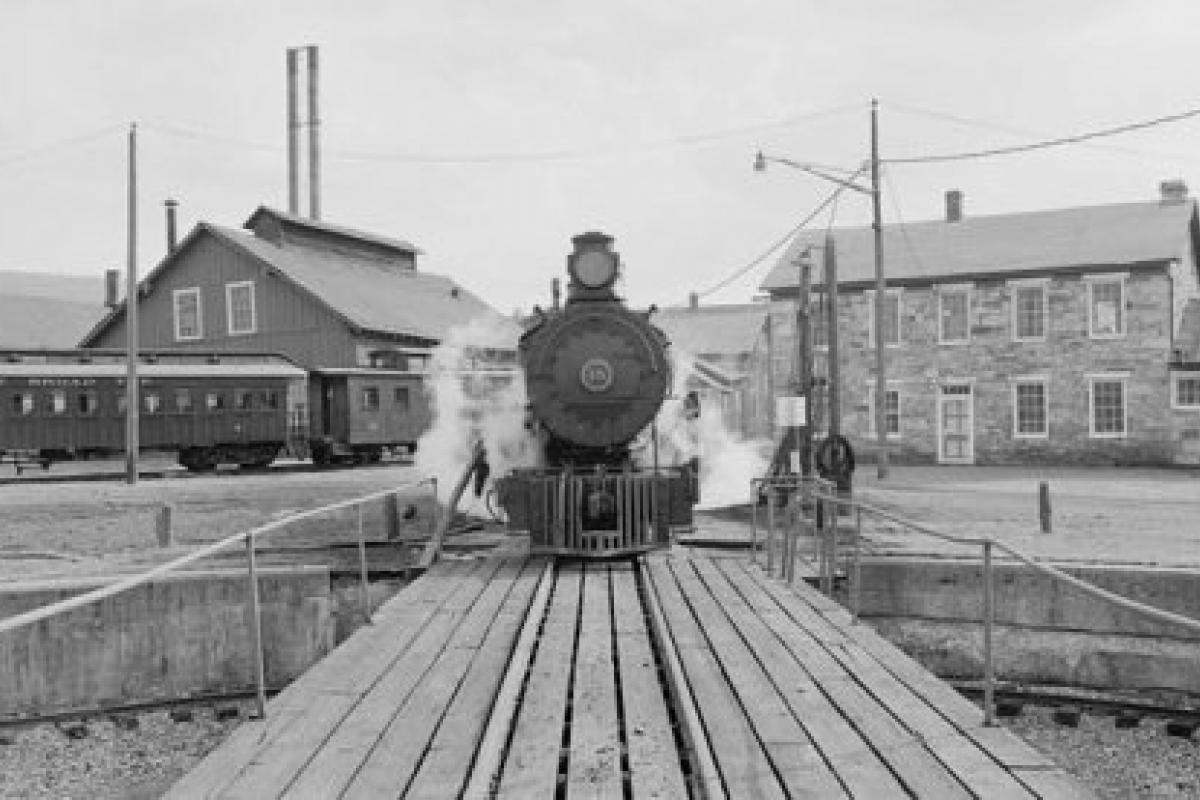 (Locomotive No. 15 steaming onto turntable, view from North)

Since its earliest grant awards, the NEH has recognized the critical role of humanities education and research in the STEM fields.  The last post from the McBee Hive showed how the humanities historically have been at the root of STEM.   In the McBee Years since then, things have gotten decidedly STEAM-y. STEAM is the interdisciplinary confluence of Science, Technology, Engineering, Arts & Design, Math, and Humanities, I would hasten to add (assumedly, because STEHAM doesn’t trip lightly off the tongue).  While the STEM-to-STEAM movement is lately gaining momentum, these examples of early projects show that NEH always has moved full STEAM ahead.

The studies of science and the humanities have not been, nor should they be, mutually exclusive. Humanistic values affect scientific innovation and progress. Humanities scholarship can also give us great insight into the history of scientific discovery and provide a critical lens through which to investigate technology’s effect on social values and ethics. Just as humanistic values inform our perspective on scientific and technological advancements, technology has been a major influence on, and has undeniably enhanced, humanities research.  The STEM fields provide new ways to interpret and understand objects of humanistic research.   The NEH has historically embraced projects that span disciplines in the sciences and the humanities, and continues to do so with innovative and interdisciplinary grant programs such as Digging into Data Challenge Grants, Institutes for Advanced Topics in the Digital Humanities, and Digital Humanities Start-Up Grants.

Want to learn more about how the NEH continues to build STEAM?  The NEH Office of Congressional Affairs is hosting a series of Google+ Hangouts that explore the critical intersection of STEM and the humanities.  On Tuesday, September 10 at 2 pm EST, ODH Senior Program Officer Perry Collins will join Rhode Island School of Design President John Maeda, members of the Congressional STEAM caucus, and NEH, NEA, and IMLS staff in a discussion of the STEM-to-STEAM movement and government resources that support the expansion of STEAM research and education.