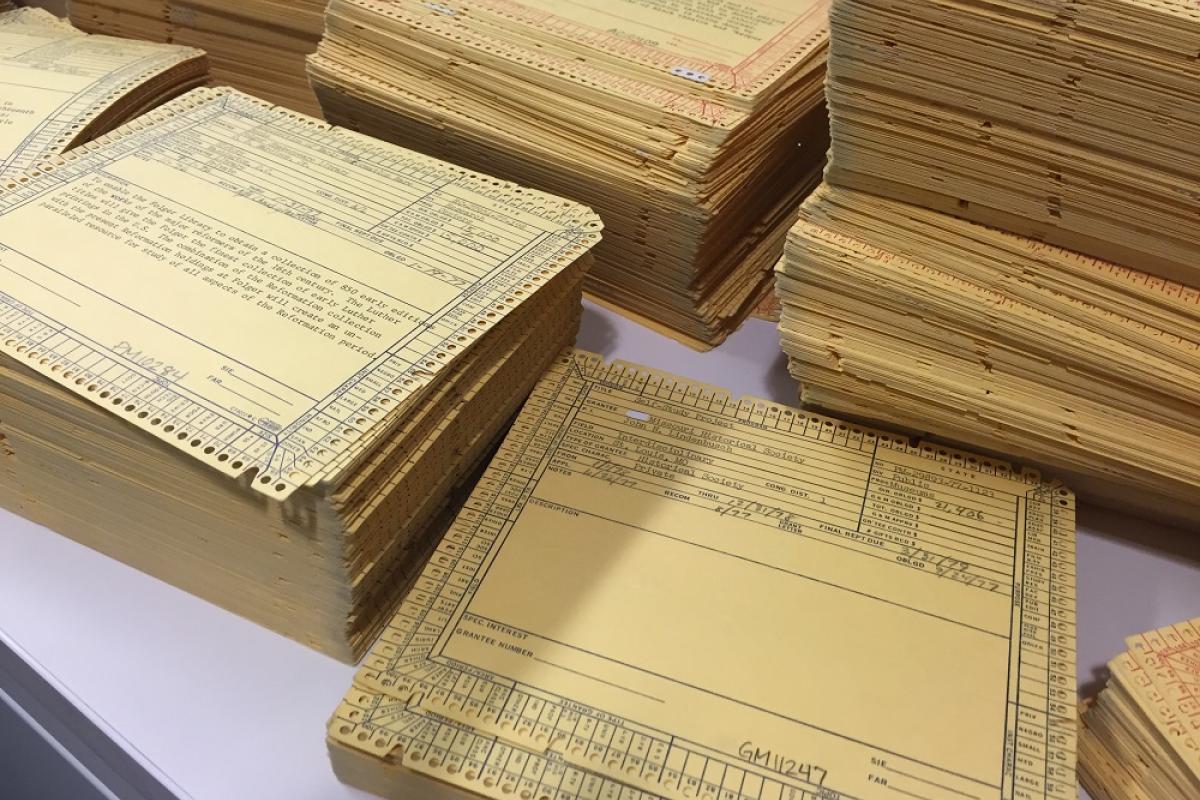 Over 12,000 grant records dating from NEH’s first grant in 1966 (to the American Society of Papryologists) through 1979 are now available, making the full run of NEH’s grant-making history complete and publicly accessible.

Digitizing the early grant records of the NEH has been an ongoing effort, started in 2013, between NEH’s Office of Digital Humanities, Office of Information Resources Management, and Office of Planning and Budget.  Over these two years and some odd months, we keyed grant data from thousands of edge-notched McBee cards into a development database, scanned the cards and ran optical character recognition (OCR) software, reconciled funding amounts, and wrote scripts to ingest and integrate data into the NEH’s electronic Grants Management System.  And, as of September 2015, all the award records are open to search via the Funded Project Query Form and as datasets on Data.gov.  We’re so excited to share this institutional history, especially as the NEH celebrates its 50th anniversary September 29, 2015.

More edge-notched McBee cards from 1966-1979.  The data from over 12,000 cards was recently added to the NEH Funded Project Query Form database.

So, please, enjoy! Search and let us know what treasures you find on Twitter @odh_neh! My personal favorites are grants from 1978 for “A Social History of Tattooing in 18th and 19th Century France” and the “Development of a Slide Tape Presentation on Women Outlaws of the West” (by then-Younger Scholar grantee and now-Kitchen Sister, Davia Nelson). Data-mine to your heart’s content and share your visualizations (we’re working on a few of our own)!