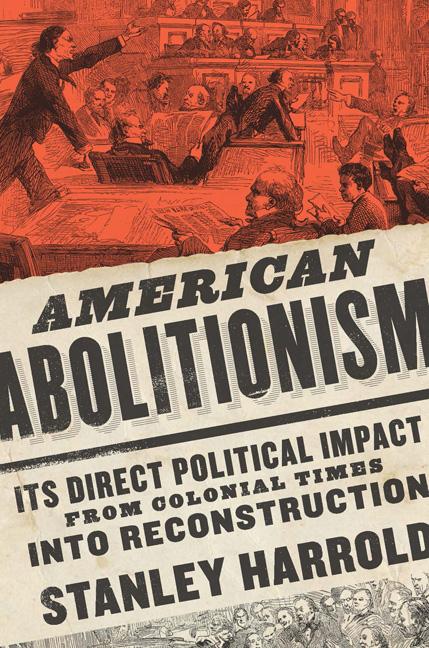 What is your NEH-supported book about?
It is about the American movement to end slavery and provide equal rights to African Americans. It centers on the movement’s direct influence on politics and government—through a variety of means—from the late 1600s to the 1860s.

How did the NEH Awards for Faculty grant make a difference in your project?
My university does not have the financial resources to fund faculty sabbaticals. Therefore the Awards for Faculty grant, which allowed me to research and write for a year without interruption, greatly sped up the progress of the project. Without the grant, American Abolitionism may not yet have been published.

What interested you about this project?
In 2010 the University of North Carolina Press published my Border War: Fighting Over Slavery before the Civil War. Part of the book deals with how physical confrontation between antislavery and proslavery forces influenced American politics. Many of the confrontations involved abolitionists. This led me to wonder about other ways in which abolitionists directly influenced politics, instead of indirectly through preaching, public meetings, and publications, the impact of which is impossible to measure precisely.

What is your writing or academic background?
My writing and academic backgrounds overlap. I have taught American history for a long time and I have written about the antislavery movement throughout that time. My first book is about abolitionist-cum-Free Soil and Republican newspaper editor Gamaliel Bailey, who worked in Cincinnati and Washington, D.C. This led to my interest in the relationship between abolitionism and politics and in the North-South border region.

What sources did you use in your research?
Because of the nature of this project, I used materials related to both abolitionists and the politicians they influenced. I consulted, for example, unpublished primary sources from the Anti-Slavery Collection at Boston Public Library and the Lydia Maria Child Papers at the Library of Congress. Among the published primary sources I used are the Memoirs of John Quincy Adams and the [John Greenleaf] Whittier Correspondence from the Oak Knoll Collection. I also relied on contemporary newspapers and secondary historical studies.

What is one of the most surprising things you learned in your research for this book project?
What surprised me most is that the faction of immediate abolitionists, led by William Lloyd Garrison, engaged extensively in direct political action from the late 1820s through the 1860s. This is surprising because the Garrisonians in their public statements stressed moral suasion, designed to influence popular opinion, rather than political action. They opposed voting under what they regarded as a proslavery United States Constitution and opposed the formation of antislavery political parties. I learned that, simultaneously with their rejection of voting and party formation, they petitioned, lobbied, and pursued personal contacts with antislavery politicians in pursuit of political action against slavery.