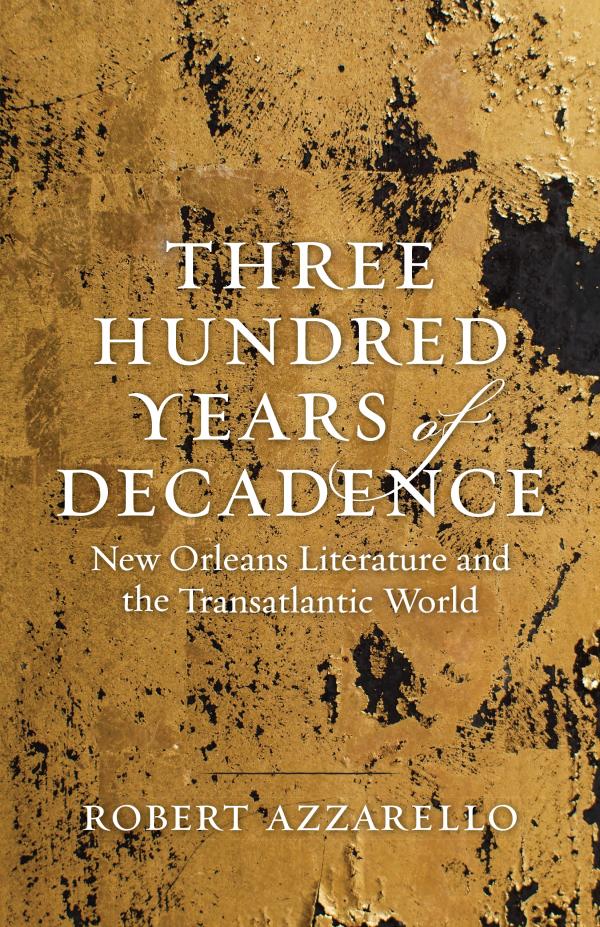 What is your NEH-supported book about?
Ever since its founding, New Orleans has been called decadent, mostly by its critics. My book follows this idea over three hundred years through the different ethnic and national groups that have called New Orleans home. I focus especially on the city’s literary culture to argue that decadence is more complicated than it seems. By analyzing New Orleans literature across different historical periods and genres—written in the disparate languages of English, French, German, and Louisiana Creole—I show that decadence conveys something other than simply decay or decline in physical, social, or moral terms. Instead, within New Orleans literature, decadence possesses a complex, even paradoxical, relationship with concepts like beauty and health, progress and technological advance.

How did the NEH Awards for Faculty grant make a difference in your project?
An Award for Faculty made all the difference in the world in helping me complete this book project. I normally have a heavy teaching load of four courses per semester, and the Award funded a 50 percent course reduction during Spring and Fall 2015, as well as the opportunity to work full time on the project during the summer. This time, coupled with the honor of the Award itself, was such an inspiration to buckle down and do good work.

What interested you about this topic?
I grew up in New Orleans and have lived here most of my life, except for a few years away after college to pursue graduate studies. It’s hard to have such a connection with a place and not write about it. So much of my work has been about trying to figure out what this city of ours is, where it comes from, and where it’s going.

What is your writing or academic background?
Since my time as an English major and Environmental Studies minor at Loyola University in New Orleans, I have been interested in the ways that literature mediates between human and other-than-human worlds. This interest has stuck with me through graduate school, into my first book, Queer Environmentality: Ecology, Evolution, and Sexuality in American Literature, and finally into my NEH project.

What was the greatest challenge for you in researching or writing the book?
The greatest challenge for me was the extensive multilingualism of New Orleans literature. While I had relative ease working with English, French, and German texts and translations, I wish I had at least some rudimentary background in the major African and Native languages, such as Bambara and Choctaw, that also play a big role in the literary history of New Orleans over the course of three hundred years.

Was there something you discovered during your research that you wished you could write about, but wouldn’t fit in the book?
As I was working on Three Hundred Years of Decadence, I began to get interested in the relation between the city’s multicultural literature and its institutions of higher learning. The writing and reading of literature has been so much more intimately—and indeed necessarily—connected to advanced education than the city’s other (and perhaps more famous) modes of cultural production like music, dance, and cuisine. This connection has led me to a much broader interest in the history and politics of education in the city, which will be the subject of my next book.