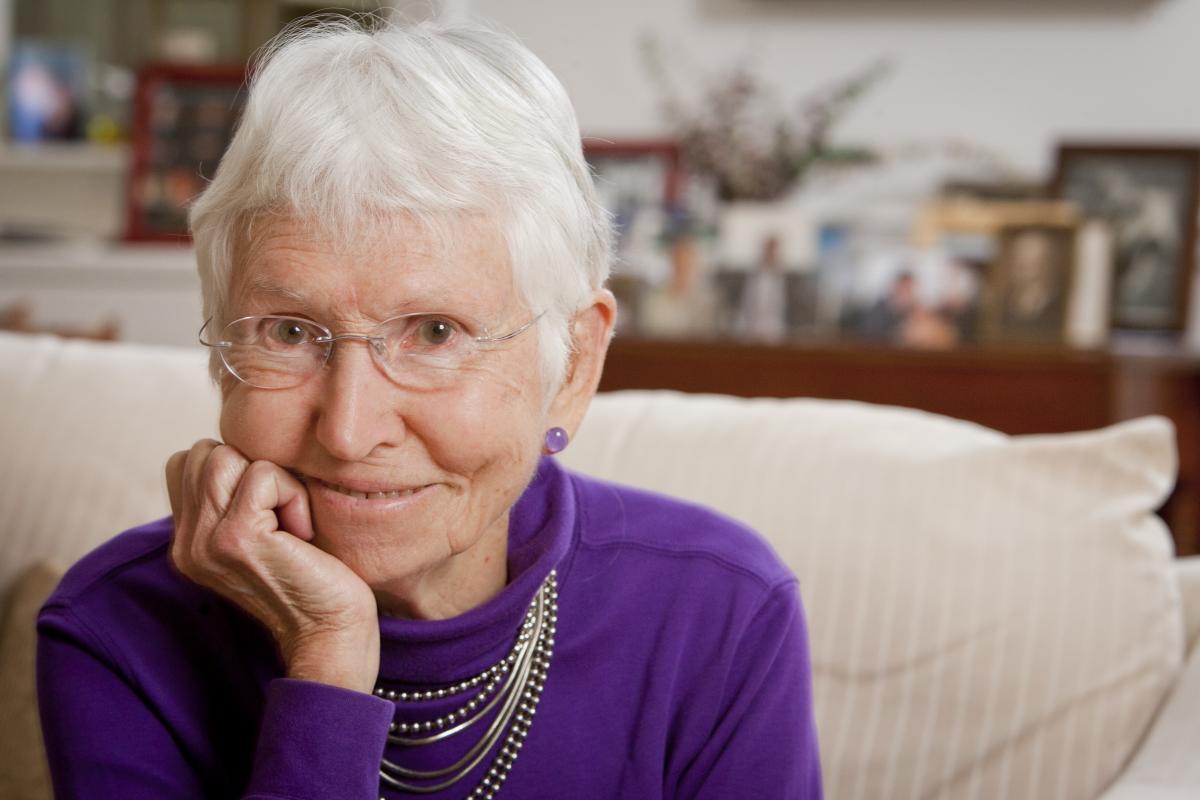 The National Endowment for the Humanities mourns the passing of historian Anne Firor Scott, who received the 2013 National Humanities Medal for helping to “open the floodgates both for women historians and women’s history.” Scott died on February 5, 2019.

Born in 1921, Scott earned degrees from the University of Georgia and Northwestern University. During World War II, she came to Washington, D.C., to work with the National League of Women Voters. Marriage to naval pilot and political scientist Andrew Scott was followed by three children and a dissertation from Radcliffe. Scott became the first woman to join the University of North Carolina’s history department. A part-time contract at Duke University in 1961 turned into a permanent position, with Scott becoming head of the history department in 1980—another first for a woman.

In 1967, Scott received a fellowship from NEH to conduct the archival research leading to the publication of The Southern Lady: From Pedestal to Politics, 1830–1930, published in 1975. Scott excavated the lives of elite Southern women to show what it meant for them to be wives, mothers, and members of a community.

“Anne Firor Scott forever changed the study of the American South by focusing scholarly attention on the women of the region,” said Marjorie J. Spruill, distinguished professor emerita of history at the University of South Carolina. “By making these women—and the archival collections necessary to study them—‘visible,’ she created the flourishing subfield of Southern Women’s History. She also encouraged attention to African-American women whom she rightly referred to as ‘the most invisible of all.’”

The Southern Lady appeared just as the women’s movement was surging, and it became a foundational text in women’s history. Scott had shown that women could be written about as more than extensions of their husbands and fathers, and successive generations of scholars would follow her lead. “In 1958 all the historians of women in the United States could have met in the tiny hotel room, which was all any one of the three could afford at historical meetings,” wrote Scott in Making the Invisible Woman Visible (1984). “Twenty years later conferences on women’s history attracted 2,000 people and overran whole college campuses.”

With Natural Allies: Women’s Associations in American History, published in 1991, Scott demonstrated how women’s civic groups lobbied to advance health care, transform welfare policy, and improve education, earning hard-fought victories, despite having little official power. Research for the book was supported by an NEH fellowship. Scott also cowrote a history of women’s suffrage, One Half the People (1975), with her husband. Her most recent book, Pauli Murray and Caroline Ware: Forty Years of Letters in Black and White (2006), explored the lives of two women at the intersection of civil rights, religion, and politics.

From 1985 to 1998, Scott served as director of the Jane Addams Papers Project, overseeing the publication of new editions and preparing an index to 82 reels of microfilmed documents. The project received five grants from NEH, totaling $612,420 during Scott’s tenure.

“Anne Firor Scott’s career—from writing pathbreaking history to making archival sources accessible to scholars and students—represents the transformative role that an NEH-funded educator can play in an entire field of study,” said NEH Chairman Jon Parrish Peede. “I count myself among those students of Southern history who learned from her books, particularly The Southern Lady.”