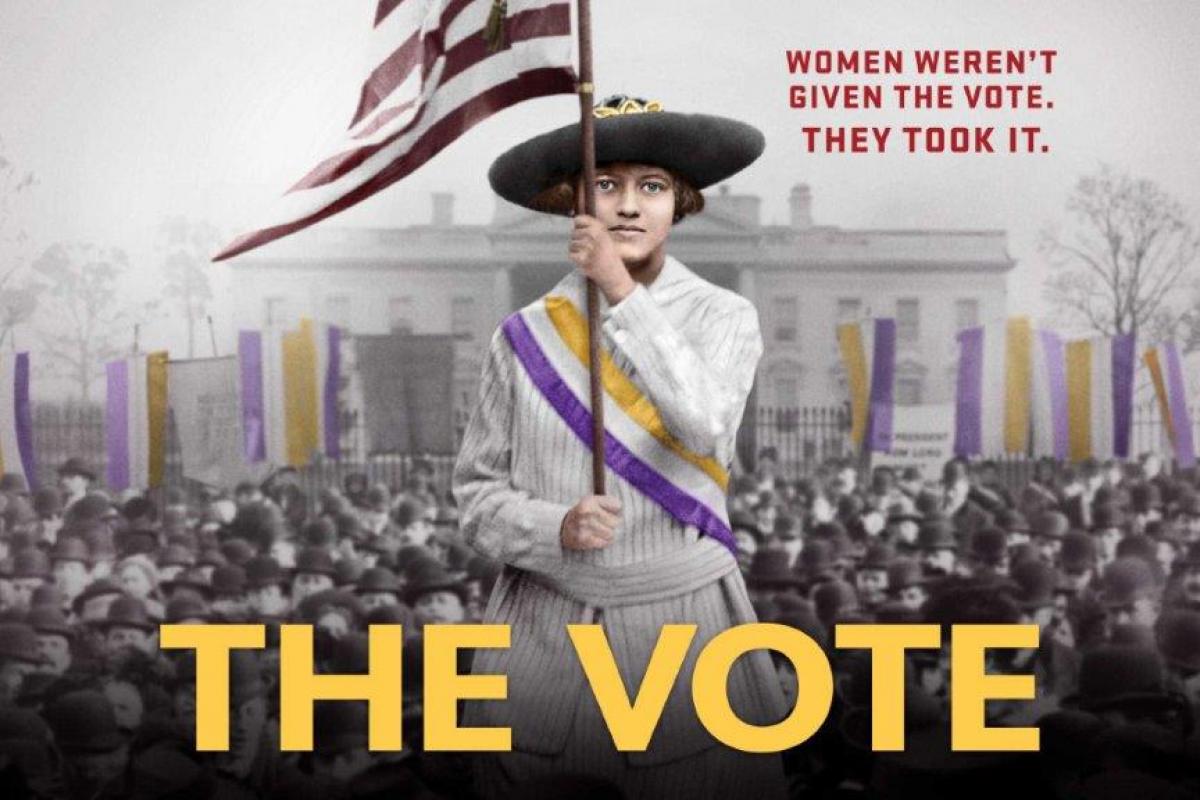 WASHINGTON, D.C. — The ratification of the Nineteenth Amendment in August of 1920 was the culmination of a lengthy and hard-won struggle fought by legions of American women who organized, campaigned, marched, and engaged in civil disobedience to achieve the goal of women’s suffrage.

Premiering on PBS American Experience on July 6, The Vote, a two-part documentary funded by a $350,000 grant to City Lore from the National Endowment for the Humanities (NEH), tells the story of the final decade of the transformative cultural and political movement that resulted in the largest expansion of voting rights in U.S. history. Directed and produced by Michelle Ferrari, the film examines the major turning points within the women’s suffrage movement between 1909 to 1920, the debates among its leaders about the best tactics for effecting social and political change, the unsung leaders of the movement, and the controversies over gender roles and race that divided the nation.

The Vote is one of several NEH-supported projects focused on women’s history and 100 years of women’s suffrage.

On July 10, PBS American Masters will also premiere the documentary Unladylike2020, on female trailblazers in politics and civil rights. Directed and produced by Charlotte Mangin, this special one-hour broadcast is part of an NEH-funded multimedia series that illuminates the inspiring stories of little-known American heroines. Unladylike2020 spotlights 26 American changemakers through 26 short online documentaries and includes biographies of women such as Bessie Coleman, the first African American to earn an international pilot’s license; Susan La Flesche Picotte, the first Native American physician who also founded a hospital on the Omaha Reservation; Jeanette Rankin, the first woman elected to the U.S. Congress; and Gertrude Ederle, the first woman to swim across the English Channel.

“NEH’s ‘A More Perfect Union’ initiative, which commemorates the upcoming 250th anniversary of the United States’s founding in 2026, was created to fund projects like The Vote and Unladylike2020 that explore the individuals, events, and ideas that have shaped our society,” said NEH Chairman Jon Parrish Peede. “NEH is proud to support these exceptional documentaries, which bring the stories of pioneering American women to a broad public as we contemplate this important milestone in our nation’s history.”

At the Staten Island Museum, currently closed due to the pandemic, visitors can take a virtual tour of the new NEH-funded exhibition Women of the Nation Arise!, about Staten Island’s unique place in the women’s suffrage movement. And the Philadelphia Area Consortium of Special Collections Libraries is using an NEH grant to digitize letters, photographs, diaries, and other materials documenting a century of women’s activism leading up to the Nineteenth Amendment at a project called In Her Own Right.

Recent issues of NEH’s HUMANITIES magazine feature articles on the women’s suffrage movement, including the divided movement that brought about the Nineteenth Amendment, the forgotten suffragists, and Hallie Quinn Brown and the movement’s black activists, and a profile of Helen Hamilton Gardener, who helped convert President Wilson into a supporter of the Nineteenth Amendment.

NEH’s educational website, EDSITEment!, offers several resources for teachers and students about women’s suffrage, including a lesson plan on the geographic spread of women’s voting rights in the United States, a history of the “foremothers” of the women’s suffrage movement, and suggestions for teaching women’s history through great speeches.

NEH funds ongoing work on the Eleanor Roosevelt Papers Project, The Complete Letters of Willa Cather, and the Jane Addams Papers Project. Recently awarded NEH Public Scholar grants are supporting work on books on the 19th-century Blackwell sisters and their pioneering work in American medicine, a biography of Anne Moody, author of the civil rights era memoir Coming of Age in Mississippi (1968); and a biography of Sacagawea as a window into the experiences of Northern Plains, Rockies, and Pacific Northwest Native American tribes. 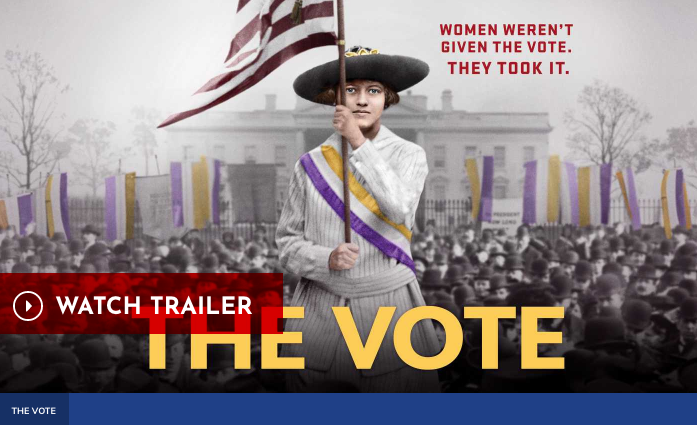 The Women Pioneers of Unladylike2020

The Fallen Woman Who Won the Vote

Old Friends Elizabeth Cady Stanton and Susan B. Anthony Made History Together

From the Local to the Global: America’s Newspapers Chronicle the Struggle for Women’s Rights