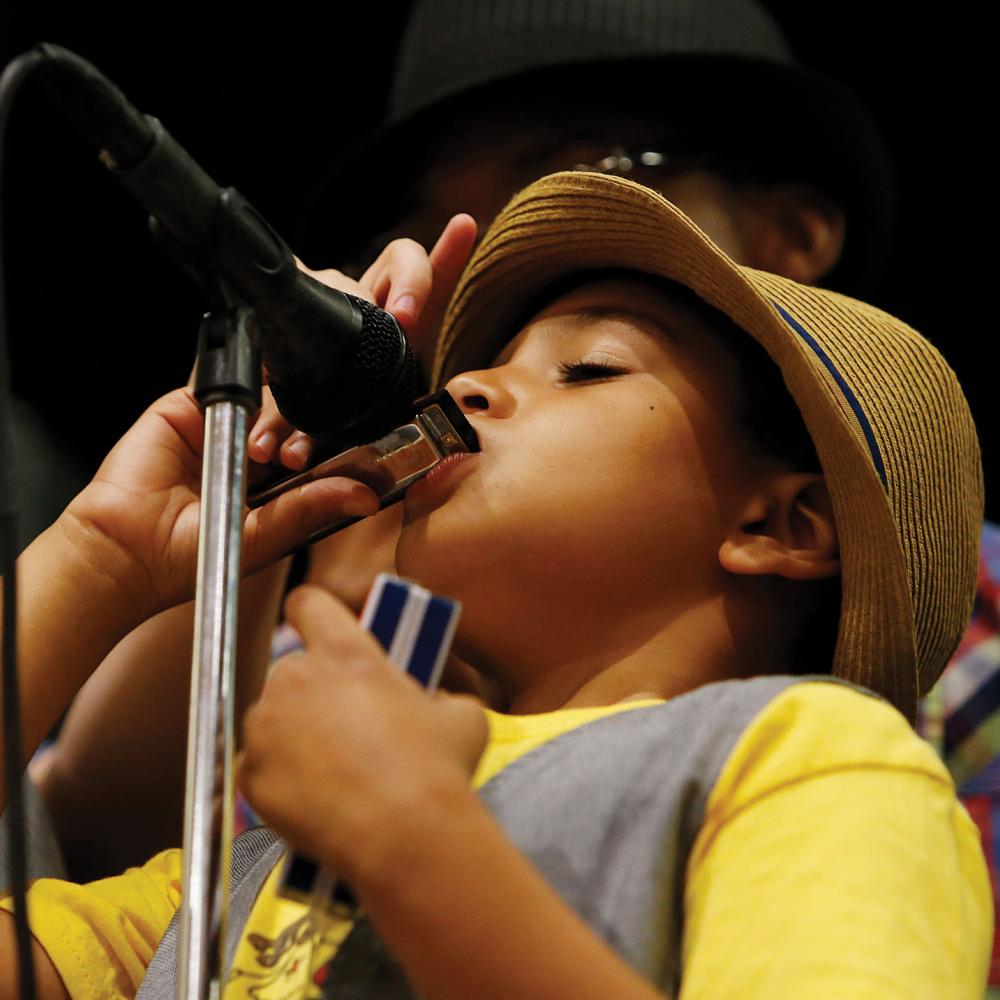 A student participates in ABP’s program.

“Why do we care about the blues?”

Alabama Blues Project after-school program instructor B. J. Reed begins every music lesson this way. The answer is obvious because the students—kindergarteners and first-graders at Flatwoods Elementary School, in Northport, Alabama—respond entirely in unison, a cacophony of small voices rising together into an enthusiastic roar.

“Because the blues are the root of all modern music!”

Each student gets a harmonica, and almost all remember from an earlier class exactly how to hold it. Nearly every hand goes up when Reed asks for drummers; the chosen three sit behind downturned Home Depot all-purpose buckets, clutching worn wooden drumsticks. A young girl who remembers the lyrics volunteers to sing. Another ABP instructor accompanies on guitar. After a bit of practice, on Reed’s count of four, the after-school group begins a lurching, yet endearingly enthusiastic rendition of the 1955 blues classic “Bo Diddley.”

Founded more than 20 years ago to preserve the legacy of Alabama blues music, ABP provides musical education programming to hundreds of children and teens in West Alabama schools, many of which are predominantly minority. In the after-school camps, instructors teach students weekly about the intersection of vocals, harmonica, drums, guitar, and bass guitar with Alabama blues. The program reaches approximately 450 students each year. The goal is multifaceted: The students receive music instruction while building improvisation and performance skills and also learning about the music’s history.

Learning how to play the blues and understanding its local roots go hand in hand at ABP, says program manager Shannon McCue. Alabama native W. C. Handy is typically recognized as the “Father of the Blues,” and blues music itself originated in the Deep South, with roots in African musical traditions, African-American work songs, and folk music.

The blues took the national stage during the civil rights movement in the 1960s. Songs such as “We Shall Overcome,” as sung and made popular by Mahalia Jackson, served as unofficial theme songs, and Martin Luther King Jr. once wrote that “[the blues] take the hardest realities of life and put them into music, only to come out with some new hope or sense of triumph.”

Hearing and learning about blues music through ABP gives the students personal exposure to those moments in history, says Taylor Dawn, a former ABP student who went on to teach in the program.

“In a lot of black families, especially at black family reunions, the blues is played a lot,” Dawn says. “So, I was familiar with Mississippi blues, but didn’t know Alabama played such a prominent role in the blues until ABP.”

“This is their music, this is Alabama and the South’s music,” McCue echoes. “It’s so much a part of the history of this area.”

Many of the schools that participate in ABP saw their music programs shrink due to budget cuts. The ABP’s after-school music sessions and other programs, such as summer camps, advanced ensembles, and in-school residencies, are sometimes the only musical education students will receive.

“They don’t get to do things like this,” says teacher Deidre Lee, whose 28-student, fourth-grade class at Matthews Elementary School in Northport participates in ABP programming. “They don’t have that experience coming from their backgrounds.”

Dawn began playing the piano at age 6, and she said that over the years, music became her safe haven as stress and pain pushed their way into her life. What educators don’t realize, she says, is that music can be a kind of escape for students with difficult home lives. When music and arts programs are cut from schools, it can have a lasting effect.

“People don’t take into account the kind of home life these kids have,” Dawn said. “They just see them at school and don’t understand that music can be more than just fun. For a lot of kids, it’s a way for them to escape their problems at home. To cut [the arts], it takes away that safe haven. Not everyone likes to play sports. There are other things kids enjoy that they can learn from.”

ABP programs are free for all participants, with funding from the Alabama Humanities Foundation and other sources. Dawn says keeping ABP in business is important, not just because of the educational components, but because the programming has a unifying effect. She says her high school was predominantly black, but through ABP she got to interact with people from different schools and backgrounds, all who were there for the music.

“It brings everybody in,” Dawn says. “Music can bring anyone together, regardless of race, creed, religion. These kids get a chance to invest in themselves and understand that everyone is the same. We were all there because we loved it.”

Haley Herfurth is a writer and editor based in Birmingham, Alabama.

This article is available for unedited republication, free of charge, using the following credit: “Originally published as "Learning How to Sing the Blues" in the Winter 2018 issue of Humanities magazine, a publication of the National Endowment for the Humanities.” Please notify us at @email if you are republishing it or have any questions. 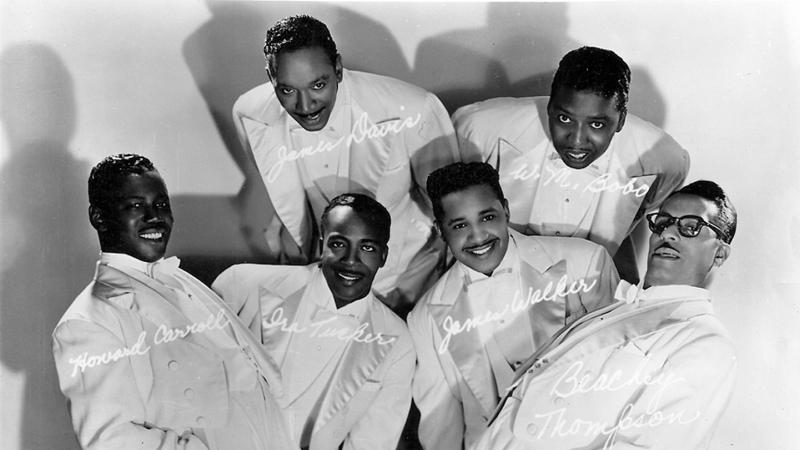