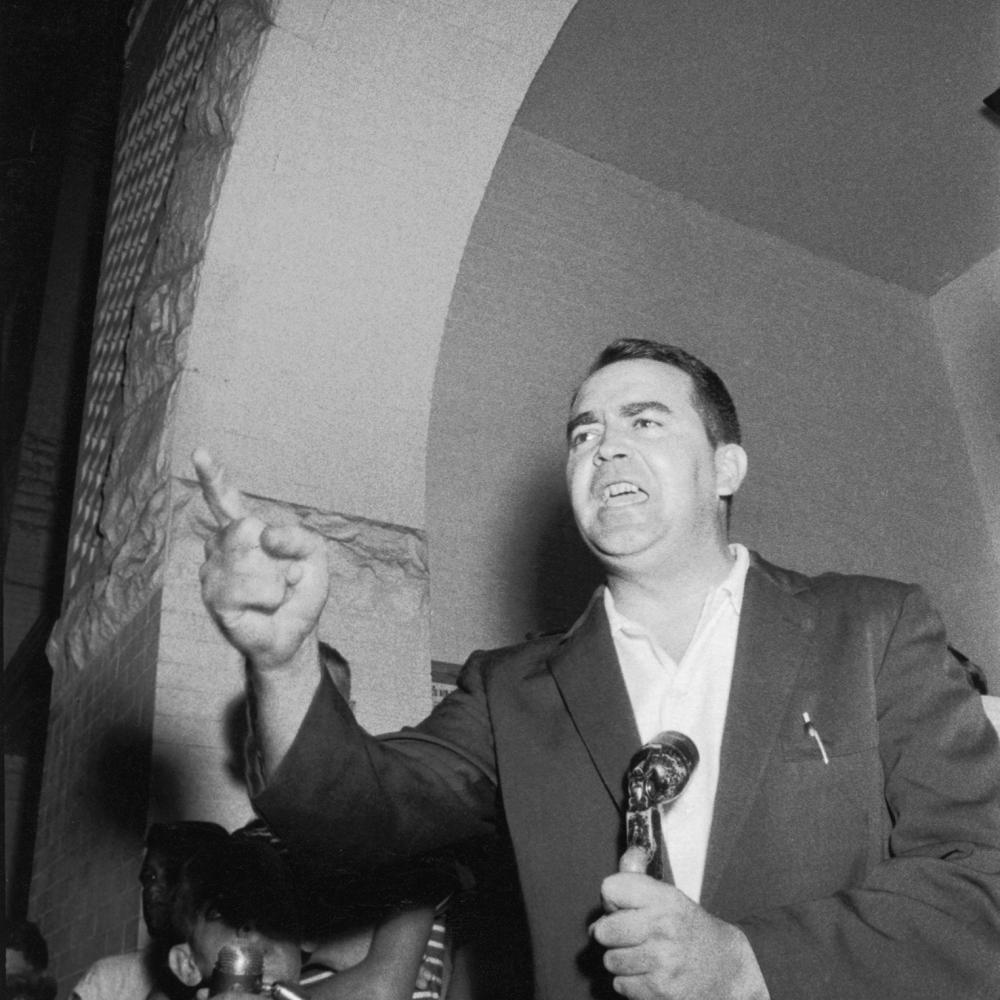 Browder is the executive producer of The Reconstruction of Asa Carter, an hour-long documentary supported by the Virginia Foundation for the Humanities that aired on PBS stations last spring. The film traces the many lives of Forrest Carter—or Asa, depending on whom you ask. The author rose from obscurity in 1973 when his debut novel, The Rebel Outlaw: Josey Wales, was plucked by Clint Eastwood from a pile of manuscripts and adapted into a classic of the Western genre. A folksy half-Cherokee who seemed to charm everyone who entered his orbit, Carter enjoyed literary success as dazzling as it was brief. His potboilers brought in solid profits, but it was The Education of Little Treethat turned him into a minor sensation. The slim volume was his memoir of an enchanted youth spent with his Indian grandparents, as well as a quasi-mystical elegy for the peaceable Cherokee way of life. Wry, tender, and lyrical, Little Tree was met with rapturous acclaim and stormed through its initial printings. The book became a staple of young adult literature, and Carter’s notoriety and teachings were cemented by his premature death in 1979.

Only it was all a sham. In a 1991 editorial published in the New York Times, historian Dan T. Carter revealed that Carter was no more Cherokee than he was a compassionate sage and spiritual poet: Before the publication of his first book, his true name—Asa Carter—had been synonymous with racial hatred and vigilantism in the state of Alabama. As a firebrand radio personality in 1950s Birmingham, he fulminated against blacks and Jews and organized paramilitary groups to intimidate would-be reformers. When his unfiltered invective and a penchant for gunplay lost him the favor of the state’s white power structure, he found employment as a clandestine speechwriter for George Wallace during his 1962 run for governor—paid under the table and never acknowledged by the campaign. The marriage of the speechwriter’s animus to the politico’s smooth delivery was a success, and Wallace leveraged his winning candidacy to become one of the iconic public figures of a generation. Carter, however, was soon disillusioned with his patron’s repeated capitulation in the face of federal integration efforts. He failed in a quixotic bid to unseat Wallace from the right, then flamed out in an alcoholic spree that made him notorious in his home state. Six years later, the same man who had penned the “Segregation Forever” speech and founded the Ku Klux Klan of the Confederacy was publishing Little Tree’s homespun homilies under the pseudonym Forrest Carter, the new name an homage to Nathan Bedford Forrest, architect of the original Klan.

How could a person transform himself so quickly, so totally?

As the Times editorial put it, “What does it tell us that we are so easily deceived?” Laura Browder has dedicated years to answering that very question. The Reconstruction of Asa Carter is based on her 2000 book Slippery Characters: Ethnic Impersonators and American Identities, a study of dozens of authors, celebrities, and political advocates who, for one reason or another, attempted to adopt an alternate ethnic persona. The autobiographical writing produced by this motley crowd— blacks claiming Indian ancestry, native-born gentiles posing as immigrant Jews, privileged white authors morphing into rough-hewn Chicano activists—both confounds and conforms with essentialist prejudice. Ethnic impersonators cannot reach a mainstream audience without pandering to their assumptions about minority groups. In exploiting those assumptions, however, they reveal to us how simplifying they truly are.

There was never a cannier manipulator of racial attitudes than Asa Carter. “He completely understood how racial categories worked in people’s minds,” explains Browder. Not content merely to escape the odium of his former life, Carter devised for himself the guise of Little Tree, because white supremacists of that time felt a unique affinity for the American Indian. “In our imaginations, the identities of Klansman and Native American are diametrically opposed,” Browder says, but “in Asa Carter’s mind, they were contiguous.” Dan T. Carter remarks in the documentary: “He uses Native Americans as a kind of stand-in for white southerners. Native Americans had been victimized by the federal government. Their culture had been destroyed.” Carter found an American audience hungry for stereotype and uniquely ready for an aboriginal voice.

Many Americans in the 1970s sought a kind of racial vessel for the countercultural trends that had emerged from the broken social compact of the previous decade. At a time when the Confederate battle flag had become the emblem of Southern rock rebellion and the environmental movement was just emerging, Carter’s mix of agrarianism, antigovernment paranoia, and New Age hokum about the Cherokee Way appealed to a much broader group than his natural, ultraconservative constituency. Asa Carter’s vision of Indian life as a rustic, carefree idyll resonated perfectly with our admiration for the noble savage, our despair of the vanished frontier. Little Tree, Browder concludes, represents “this mourning for an imagined past—whether it’s the imagined past of a pure childhood, or a pure race of people, the Indians, or an America that never existed, in fact.”