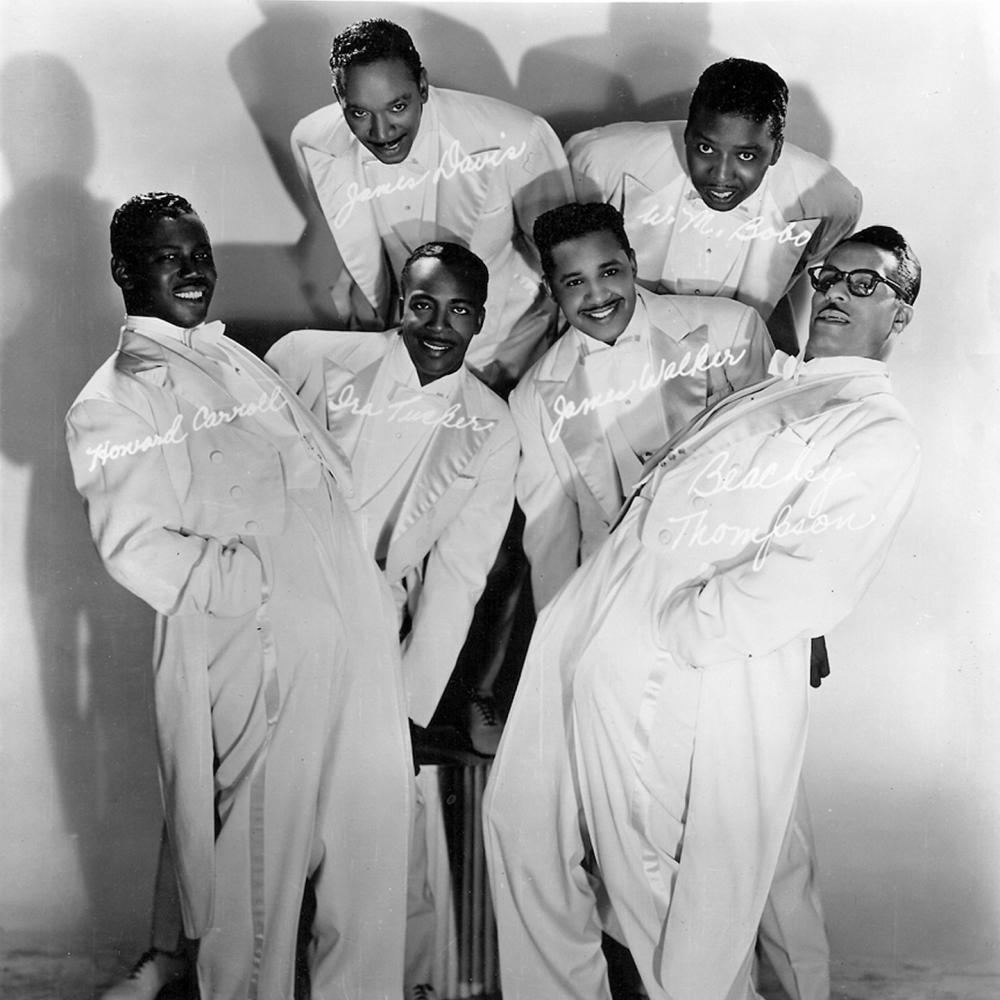 The Dixie Hummingbirds don their trademark white tuxedos, circa 1953.

When we think about gospel music, we are apt to think of churches and choirs and Mahalia Jackson with her big earrings, hair piled in a beehive, and arms raised as she belts out a massive note. What perhaps does not come to mind are the all-male gospel quartets that began touring the South in the 1930s and ‘40s. These groups are the subject of Robert Clem’s documentary How They Got Over to be released in May 2016 and funded by grants from the Alabama Humanities Foundation and the Humanities Council of South Carolina. An Alabama native and the son of a minister, Clem set out to tell the stories of forebears of the music he loves, tracking down and interviewing members of many of the greatest quartets of that era.

In the Jim Crow South, there were few opportunities for rural African-American men. “They really didn’t have anything else going,” says Clem. “They didn’t have any jobs . . . so when radio and records came around, they suddenly saw this opportunity . . . to make a living in a way they could enjoy and felt was meaningful, instead of working in the fields or whatever menial work they were offered. . . . They said, ‘Well, I can sing, I’ll get four guys together and yeah, let’s go.’” These circumstances brought together groups like the Dixie Hummingbirds, the Fairfield Four, the Blind Boys of Alabama, the Sensational Nightingales, the Skylarks, and more.

Quartets would tour for months at a time, four or five men in one car, traveling from town to town, performing anywhere that would have them. “We spent a lotta nights, riding down the highway, eatin’ out of a paper sack,” remembered Isaac Freeman, who sang with the Fairfield Four, and passed away in 2012 at eighty-four. A common publicity strategy, known as “wildcatting,” was to drive to a town, knock on the door of the radio station, ask to sing on the radio, and give a live performance on the spot. Groups competed in quartet battles at churches, trying to outsing one another, in the hopes of being the group to “wreck the house,” and bring the crowd to a cheering frenzy. Not only churches, but schools, town halls, street corners, and barbershops became stages for these inventive performers.

According to music scholar Jerry Zolten, the quartets “fine-tuned” the congregational spirituals that had been sung in American churches for decades. They brought gospel beyond jubilee-style singing (fast, restrained spirituals) and began to experiment: improvising, shouting, preaching, using falsettos, and moving freely with the energy and fervor of what became known as “hard gospel.” They began using guitars (gospel had previously been strictly a cappella) and writing their own songs as opposed to rearranging traditional spirituals. Many of the rhythms, harmonies, and stage theatrics first performed by gospel quartets at those church concerts and local radio shows would become the infrastructure of rhythm and blues, doo-wop, rock, and Motown.

The film reveals the unyielding discrimination gospel quartets faced during their careers in a segregated South. On tour, unable to stay at most hotels, eat at restaurants, or use gas stations, they often slept in their cars or stayed with church members. Groups tell of being pulled over and forced to spend nights in jail, or fined for fabricated offenses. Their struggles on the road influenced their musical message. Zolten adds, “Gospel music, while perhaps not directly intended to speak to race in America, the songs by their very nature were uplifting . . . [and] apply to the realities of situations that people were dealing with.”

Despite its labor, gospel-singing was hardly profitable. Groups were often cheated by record executives, and relied on the budgets of churches and small venues. Clarence Fountain, now eighty-six, of the Blind Boys of Alabama—which he helped form as a student at Alabama School for the Negro Deaf and Blind—says they were told, “If you want to make money, go to rock ’n’ roll.” However, along with many of their peers, these performers continued singing gospel till the end of their careers, despite its less lucrative possibilities.

Since the 1970s, the quartets have been pushed out of the spotlight. Considering the profit and fame in modern music rooted in gospel, longtime DJ Linwood Heath laments, “Somebody paid for that, somebody’s dues, somebody chopped the trees down and made the path.” How They Got Over tells a critical narrative of American musical genealogy: A story of people whose audacity made possible the music we listen to today. Clem says, “These people were really great singers, but also they were pioneers, going out on the road at this time . . . they were out there, uplifting people, telling them there was hope.”