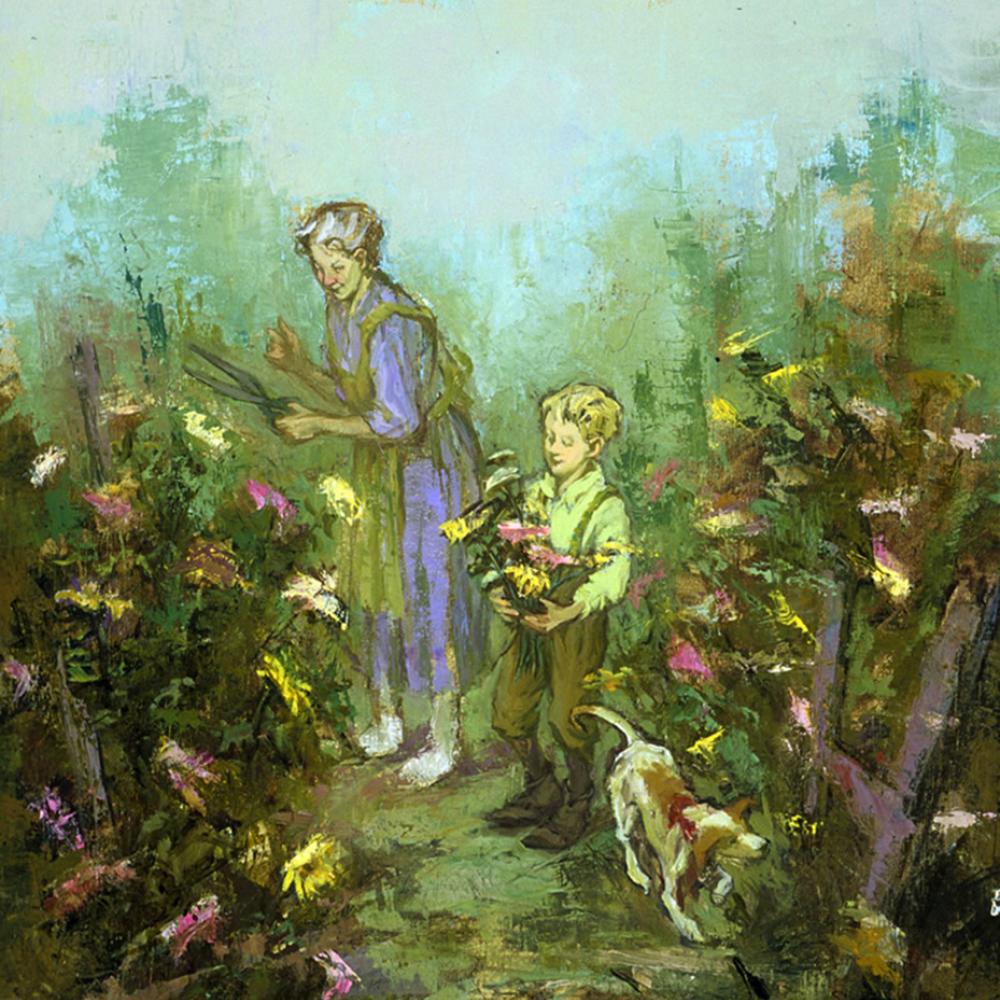 In this illustration for "The Thanksgiving Visitor," Buddy and Sook cut chrysanthemums for the holiday table.

Truman Capote’s literary fame rests on In Cold Blood, his 1966 account of the brutal murders of a Kansas farm family and, to a lesser extent, on Breakfast at Tiffany’s, his 1958 novel about the young Holly Golightly coming of age in World War II Manhattan.

But when Capote died in 1984, it was a passage from his 1956 “A Christmas Memory” that was read at his memorial service. Longtime friend Joanne Carson quoted Capote as saying that it was his most perfect work.

Capote’s opinions could sometimes seem deliberately contrarian, formulated more to shock his listeners than convince them. But it’s possible, when it comes to assessing “A Christmas Memory” and its standing in his legacy, that Capote was right. The story seems a perfect encapsulation of the qualities for which Capote was celebrated: lavishly lyrical language, an acute eye for human vulnerability, and the often poignant blooming of tenderness in a ruthless world.

In Cold Blood, long hailed as a masterpiece of literary nonfiction, is still what most people think about when they consider Capote, as readers were reminded in a summer 2017 Humanities profile of the flamboyant writer. But questions in recent years about the factual accuracy of Capote’s so-called “true crime” story have diminished its reputation. Meanwhile, Breakfast at Tiffany’s, while entertaining enough, seems less like the great American novel as the years go by and more like a lively footnote in the popular culture.

So maybe Capote was on to something when he held up “A Christmas Memory” as his real claim on posterity. It’s a question that resonates with fresh urgency every November, when Capote fans fetch the Modern Library edition of Capote’s holiday stories from the shelf to get in the yuletide spirit. As the title suggests, A Christmas Memory, One Christmas, and The Thanksgiving Visitor contains all three of Capote’s holiday pieces, conveniently appearing in order of quality.

Capote’s critics have sometimes dismissed him as more of a stylist than a big thinker, but what a stylist he was. Lovely jewels of imagery pop up in his Thanksgiving story. Here, Buddy, the long-suffering target of the bully’s abuses, helps his guardian cousin, the kindly Miss Sook, gather mums to adorn the Thanksgiving feast:

Chrysanthemums: some as big as a baby’s head. Bundles of curled penny-colored leaves with flickering lavender underhues. “Chrysanthemums,” my friend commented as we moved through our garden stalking flower-show blossoms with decapitating shears, “are like lions. Kingly characters. I always expect them to spring."

As passages like this affirm, Capote was a stylist, though not merely for show. His exacting description seemed consumed by a desire to fix in memory those things that quickly pass.  As a youngster whose own troubled and transient childhood informs his holiday stories, Capote knew all too well that what we assume to be permanent seldom is.

The chrysanthemums of the Thanksgiving tableau would quickly disappear, just as the cherished kite from Sook that flies through the frosty yuletide morning of “A Christmas Memory” would disappear, too.

“One Christmas,” in which the now shrewder boy of “A Christmas Memory” extracts a much grander present than a homemade kite from his estranged father, is a kind of counterpoint to the earlier Christmas story. Our pint-size protagonist has snagged a bigger gift, but in the bargain, he’s lost the spirit of innocence that gives the holiday its real wonder. Buddy boards a bus back home with his huge trophy, a toy plane big enough for him to sit in. He’s secured it through a complicated scheme connected with his newfound conclusion that Santa isn't real. The revelation physically shakes him:

Once I was on the bus, I crouched in a seat and shut my eyes. I felt the strangest pain. A crushing pain that hurt everywhere. I thought if I took off my heavy city shoes, those crucifying monsters, the agony would ease. I took them off, but the mysterious pain did not leave me. In a way it never has; never will.

Even when they’re read at the very start of the holidays, Capote’s Thanksgiving and Christmas stories evoke an underlying sense of elegy.

They remind us that the holidays, like so much that we treasure, don’t last. Luckily, these wonderful stories do.

The National Endowment for the Humanities has helped fund several projects related to Truman Capote over the years, including, most recently, a $50,400 grant to support research for a biography of Capote’s longtime publisher, Bennett Cerf.

This article is available for unedited republication, free of charge, using the following credit: “Originally published as "A Capote Holiday Story Reminds Us How a Moment Is Suddenly Here and Then Gone" in the Fall 2017 issue of Humanities magazine, a publication of the National Endowment for the Humanities.” Please e-mail us at @email if you are republishing it or have any questions. 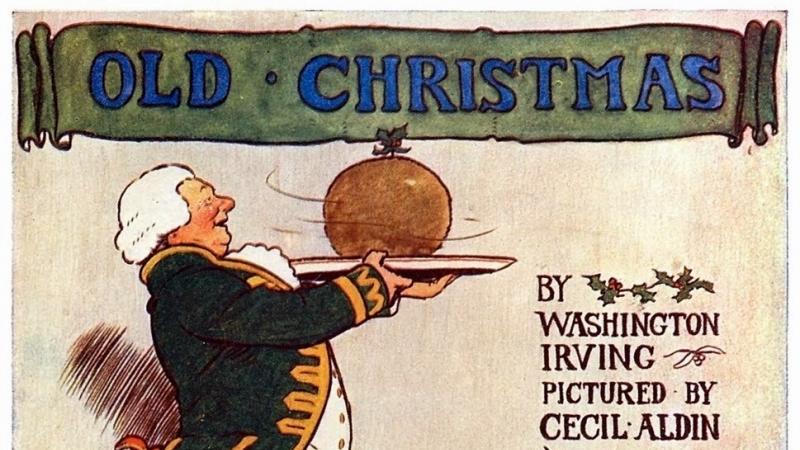