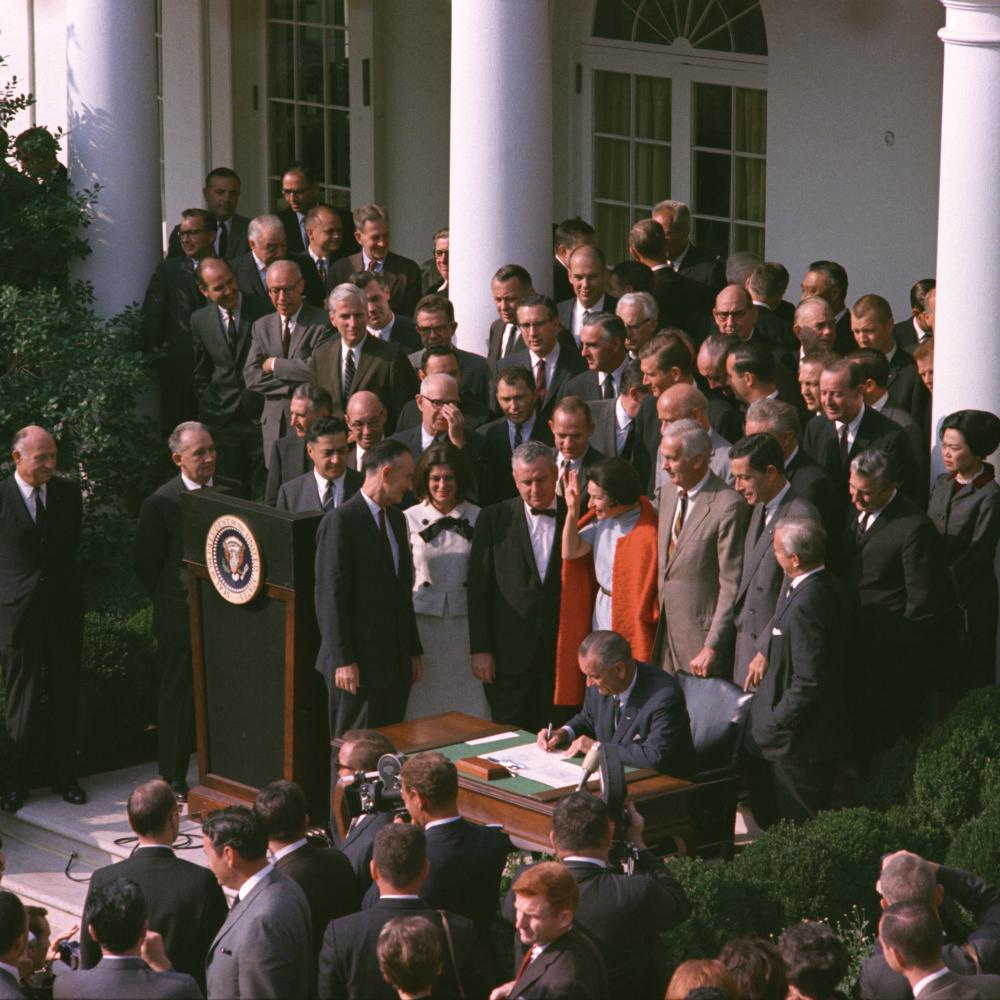 Briefly summarizing the fifty-year history of NEH is a bit like briskly defining the humanities: There is too much to say. A few numbers suggest the complexity of the task. Over the last five decades, NEH has made roughly 63,000 grants, totaling $5.3 billion, and leveraging an additional $2.5 billion in matching grants. This impressive stream of funding has supported some 29,000 research fellowships for humanities scholars; roughly 1,900 film, television, and radio documentaries; 5,280 grants for the preservation of humanities materials, collections, and resources; more than 4,000 seminars and institutes for nearly 85,000 college faculty and high school teachers; and hundreds of challenge grants to museums, libraries, historical sites, and colleges and universities in every part of the country.

But the raw numbers don’t reveal much about the fundamental character and direction of NEH’s programs or about their impact on the country. In studying the agency’s history, I’ve been struck by the Endowment’s impressively broad reach and influence in every sphere it touches, as well as by the concomitant growth of the humanities infrastructure in the United States.

In the years immediately following the passage of the National Foundation on the Arts and the Humanities Act of 1965, NEH moved along a path similar to that laid down in the previous decade by the National Science Foundation. The advancement of fundamental knowledge in the humanities was a matter of national significance, our founders argued, and the federal government had both an interest and obligation to provide symbolic and financial support. Not surprisingly, the first and highest priority at NEH was the scholarly agenda of the research university.

But forces outside the academy were also at work in shaping the Endowment’s mission and practices. Members of Congress—Rhode Island’s Claiborne Pell principally among them—believed fervently that the work of NEH must have a public aspect. State humanities councils were created in the early 1970s to help address that agenda, and a few years later NEH established its Division of Public Programs and began experimenting with programming in the public arena, primarily in the museum field and in public television. These early efforts were, at first, halting and uncertain, and clearly regarded as less important than the research agenda. But they led to bolder and more confident initiatives in the fields of documentary filmmaking, radio production, and support for humanities programs in public and private libraries, historic sites, and cultural organizations of all shapes and sizes. The first decade of NEH’s work also saw the creation of a program of seminars and institutes for college teachers, which were expanded in the 1980s to include high school teachers. (As of this month, by the way, NEH’s online database of grants has been extended to cover all fifty years of our grantmaking.)

In subsequent decades, NEH’s commitments to broadly engaged humanities work continued to expand. The Division of Public Programs became one of the largest in the agency, while other standing programs of the agency became increasingly focused on the public uses and relevance of grantmaking in their respective areas. The Preservation and Access program developed important partnerships with the Library of Congress and with the National Science Foundation in projects as wide-ranging as historic newspaper preservation and the documentation of endangered languages. And for the past eighteen years, the EDSITEment website has helped high school teachers and administrators locate high-quality, web-based humanities resources for incorporation in the classroom. What began as an enterprise devoted to research became an engine for a complex and diverse array of humanities activities and practices around the country.

In part, as a result of the work of NEH and its related agencies, the National Endowment for the Arts and the Institute for Museum and Library Services, the humanities infrastructure of the United States has grown impressively over the past five decades. The museum and library domains are exemplary in this regard. There are now more than 35,000 museums in the United States. According to the American Alliance of Museums, these institutions attract approximately 850 million visitors every year, which exceeds attendance for all professional sporting events and theme parks combined. The American Library Association reports that there are now nearly 120,000 libraries of every shape and size in the United States. In 2012 alone, over 92 million people attended the nearly four million programs offered by public libraries.

NEH’s grants fuel these and other core elements of the country’s cultural infrastructure in a number of ways. Our Preservation and Access programs are crucial to the work libraries and museums are doing to preserve and develop their collections, including the digitization of materials, which provides virtual access to ever larger numbers of users. Grants from Public Programs fund the exhibitions that bring members of the public into museums, libraries, and historic sites. The Office of Digital Humanities is helping institutions experiment with cutting-edge digital methods by which to present and explore humanities materials and resources. And our Challenge Grants program provides crucial funds to the endowments of cultural organizations seeking to secure their institutional capacity to serve their publics.

Significant public participation in humanities-based activities continues to grow in other areas as well. The Public Broadcasting Service estimates that more than 33 million people viewed the initial broadcast of The Roosevelts: An Intimate History, the latest NEH-funded Ken Burns documentary. NEH-funded radio productions reach millions of listeners every year through National Public Radio and affiliated stations across the country. Through WNET in New York and other organizations, NEH is now supporting the development of humanities-based digital games that can be used by young people at home and in school.

As important as NEH’s public profile has become, it has not diverted the agency’s attention from the original commitment to research and scholarship. This year, NEH will fund more than one hundred fellowships for college and university teachers and independent scholars working on projects in all of the fundamental disciplines of the humanities, including 36 fellowships in the newly established Public Scholar program. In almost every case, these fellowships will shape future work in humanities fields.

The Research program will also support dozens of projects in Scholarly Editions and Translations, which last year included new or continuing work in the Mark Twain Project, the Papers of George C. Marshall, the Papers of James Monroe, the Papers of Benjamin Franklin, the Complete Letters of Willa Cather, and Historical Voices of the Plains Earth Lodge Peoples, among many others. In a similar vein, our Humanities Collections and Reference Resources grants in Preservation and Access help institutions build tools and reference works that form the basis of research in all of the humanities disciplines.

Research follows its own intrinsic logic and imperatives, but one never knows just how and when it might matter in the public realm. In the recent Supreme Court case on gay marriage, Obergefell et al. v. Hodges, Justice Anthony Kennedy’s majority opinion cited three works on the history of marriage. Two of the writers cited in Kennedy’s opinion, Nancy Cott and Hendrik Hartog, received NEH fellowships in support of relevant scholarship. It’s an insight about the value of research that is worth underscoring. In a recent article on the Court’s decision, the historian Johann Neem wrote in Inside Higher Ed: “We need to reinvest in [humanities] research infrastructure so that we can continue to generate insights that will help us make sense of our most pressing public questions.”

It’s a powerful indicator of NEH’s success that it has been able to engage so many domains and dimensions of humanities work—popular and scholarly, individual and institutional, contemporary and historical, conceptual and material—and to see these poles occasionally come together in such a dramatic way. The credit for that success goes to many people, but principally to the people who have worked in our grantmaking programs and to the people they serve, our grant recipients. As much as anything, the fiftieth anniversary celebrates their imagination and hard work. And it ratifies again the vision of NEH’s founders, who could not have foreseen the breadth of the accomplishment to come, but whose instincts and drive made all of it possible.

William D. Adams is the tenth chairman of the National Endowment for the Humanities.

To learn more about NEH’s grants going back to 1965, go to www.neh.gov and click on “Look up projects NEH has funded.” After two years of NEH staff work, the searchable database now includes information from all of the early grant records, which were done on McBee KeyCards, a punched-card system that documented NEH grants before computer databases were available. 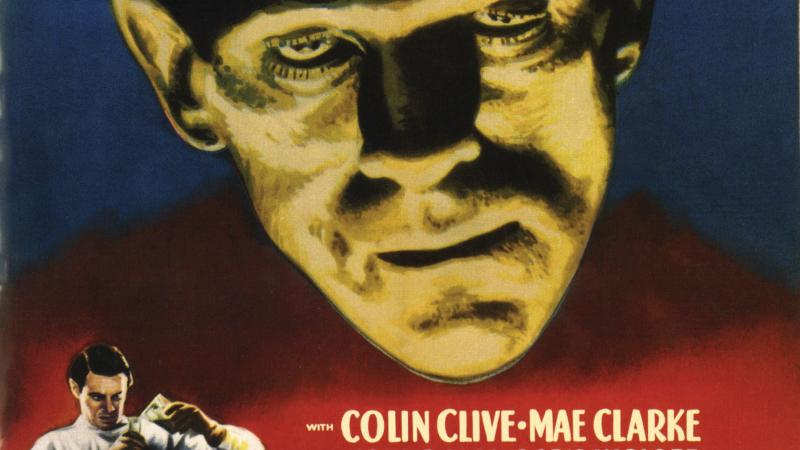 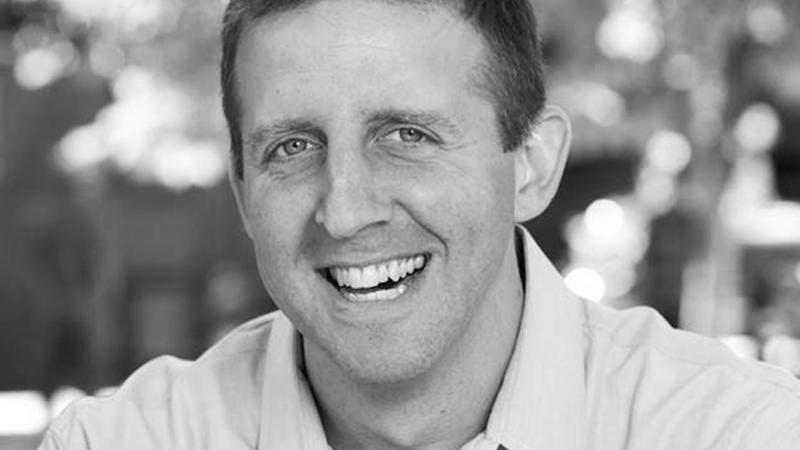 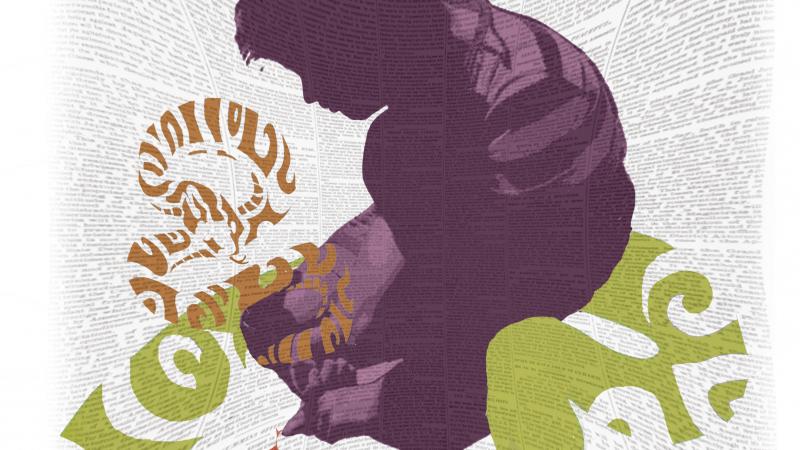