Archaeology from the Air

Charles and Anne Lindbergh find peace from the paparazzi in the Southwest. 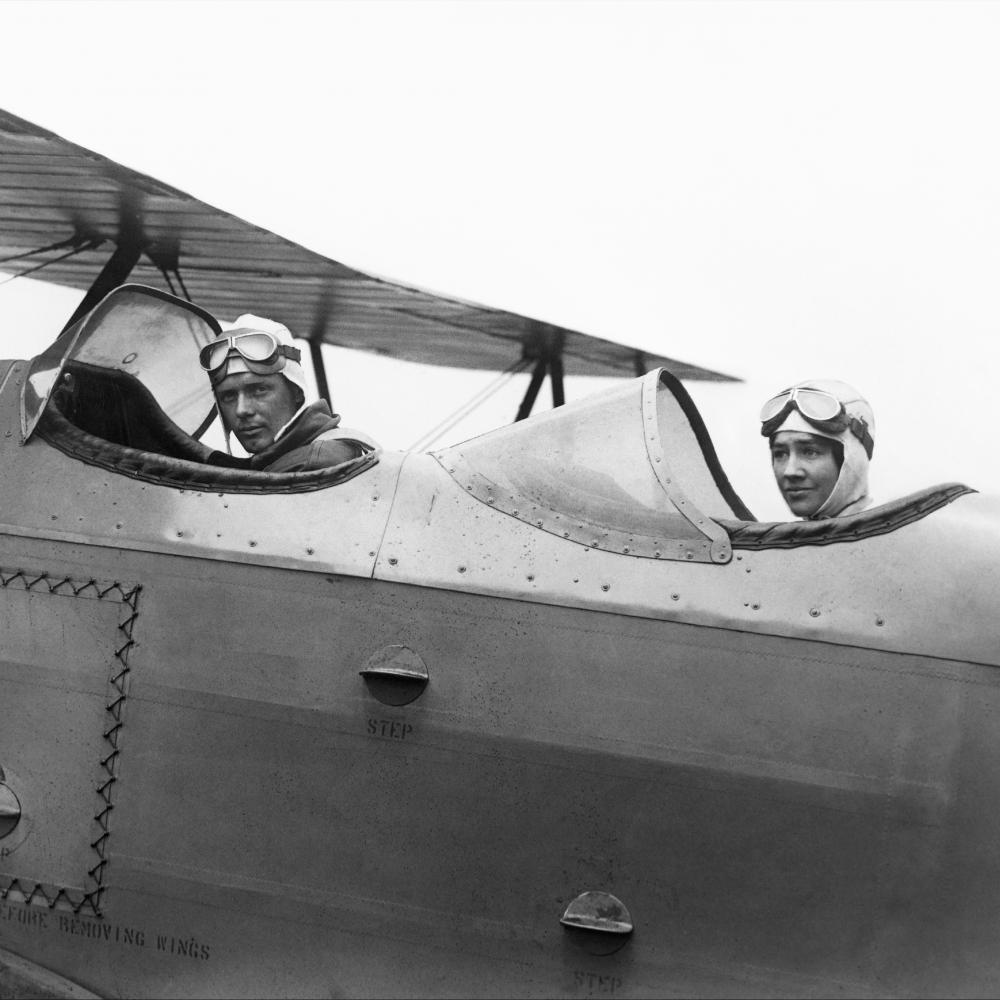 Charles and Anne Lindbergh flying tandem not long after their wedding in 1929.

The Lindberghs’ honeymoon came with a lot of baggage. Charles A. Lindbergh had become a global celebrity for his solo transatlantic flight aboard the Spirit of St. Louis in 1927, and enthusiasm for all things Lindy had hardly waned two years later, when he married Anne Morrow in New Jersey. But the private yacht that was meant to be their getaway instead became a magnet for reporters. “They found us again this morning,” Anne wrote in her diary. “That terrifying drone of a plane hunting you, and boats.” 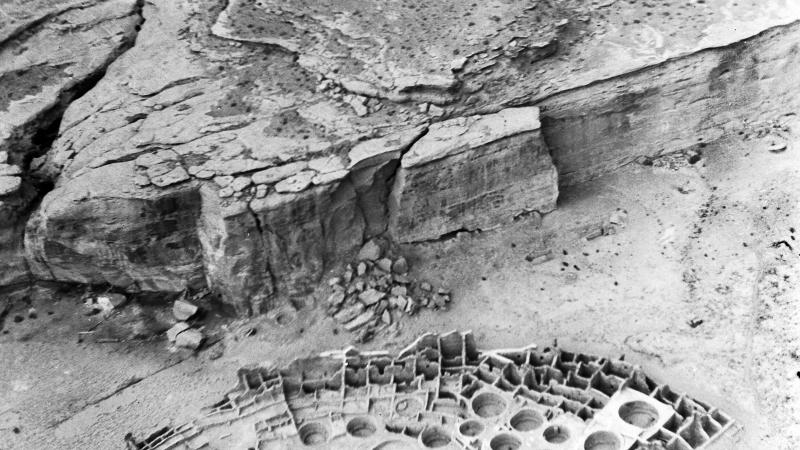 Charles Lindbergh took this aerial view of the ancient ruins in Chaco Canyon in 1929, while Anne Lindbergh flew their plane. 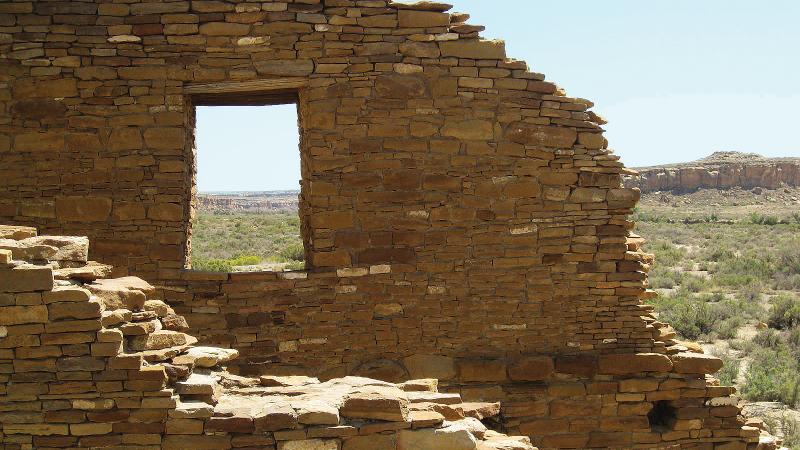 A better opportunity for privacy came less than two months later, on a visit to the Southwest. In the summer of 1929, Charles was working for Transcontinental Air Transport, a nascent cross-country airline that was a precursor to TWA. While supervising the new airfields being built in the northern Arizona towns of Winslow and Kingman, the Lindberghs picked up some sidework helping archaeologists study prehistoric ruins of Native American communities in the Four Corners region. Charles and Anne took to the air, shot some remarkable photos, and found a measure of peace and quiet.

Erik Berg, a computer programmer and researcher in Phoenix, discovered the photos at the Museum of Indian Arts & Culture in Santa Fe around 2001, while researching the early days of Transcontinental Air Transport. “I got hold of an archivist who said, ‘You know, we’ve got this shoebox in the basement called “Lindbergh Photographs” that has some aerial photographs in it, and I think Lindbergh took some photos in the 1920s, but I don’t really know what the story is.’” The archive contained about two hundred pictures.

Lindbergh’s job as assistant archaeologist came at the behest of John C. Merriam, president of the Carnegie Institution, who had answered some of the aviator’s questions about ruins he’d spotted in the Yucatán Peninsula the year before. Merriam connected Lindbergh with the institute’s chief archaeologist for the Americas, Alfred Vincent Kidder, who was studying the ancestral Puebloan people—the ancestors of the Hopi and Zuni tribes—who resided in northern Arizona and New Mexico a millennium ago. Kidder was particularly interested in aerial views of the canals that Native American tribes constructed, which, he said, were “extremely interesting, but on the ground they are in many cases very hard to trace.”

The Lindberghs had successfully shaken off the paparazzi when they arrived. They took the first of three passes over the region on July 5, flying east from Winslow, Arizona, to Pecos, New Mexico, over Canyon De Chelly and Chaco Canyon along the way. In their Curtiss Falcon biplane, Charles took photos while his new wife (and novice flyer), Anne, took the controls. “Anne at that point was really just learning how to fly, so she would keep the plane steady, and it was Charles, hanging out of the cockpit, taking the pictures,” Berg says. “It’s not the most ideal way to do things. They’re in the wind quite a bit, probably not able to talk to one another directly. It took quite a bit of coordination.”

Berg, who has delivered numerous talks about the Lindberghs’ flights under the auspices of Arizona Humanities, says the photos now serve as a snapshot of a place transformed. In the eighty-five years since, roads have emerged and some of the landscape is more lush, in part due to the tamarisk trees planted to halt erosion. “You really have a snapshot not of a specific site but of a whole region, fixed in time,” he says.

At the time, though, the Lindberghs’ labors on behalf of archaeology didn’t come to much. After their final flight in the area on July 25, Kidder telegraphed Merriam that the study was “going splendidly and work will be of tangible scientific value,” and Lindbergh did a similar run in Central America that October. But the stockmarket crash that same month hurt funding; the research the photos were meant to stoke never happened. A similar fate befell an effort that Berg was involved in to recreate the photos, doomed by the 2008 crash.

At Canyon del Muerto in northeast Arizona, where the Lindberghs visited the camp of archaeologist Earl Morris, Anne said, “I didn’t know it was possible really to get away from things.” Not entirely. When the couple arrived, workers were preparing to place some mummified remains in a crate. For padding they were using stacks of newspapers, each emblazoned with the news of the Lindbergh wedding. “The boys furtively turned them over as fast as they could, ”Morris’s wife, Ann, later recalled.

Mark Athitakis is a Phoenix-based journalist and critic whose work has appeared in the New York Times Book Review, Washington Post, Virginia Quarterly Review, and numerous other publications. 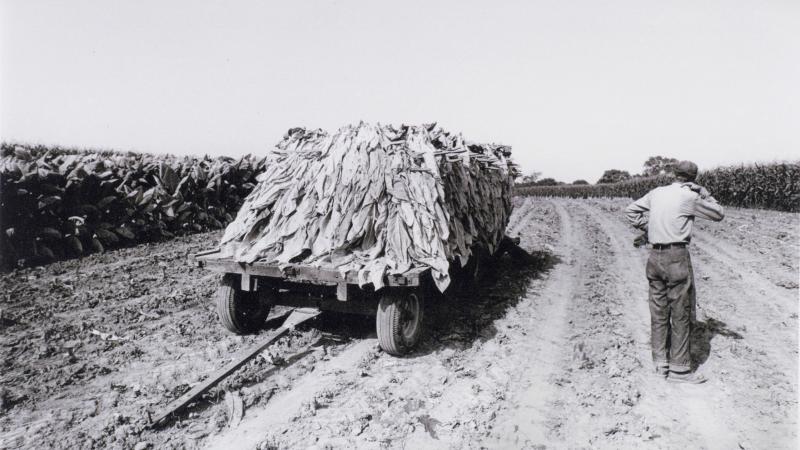 Excerpts from the Writings of Wendell Berry