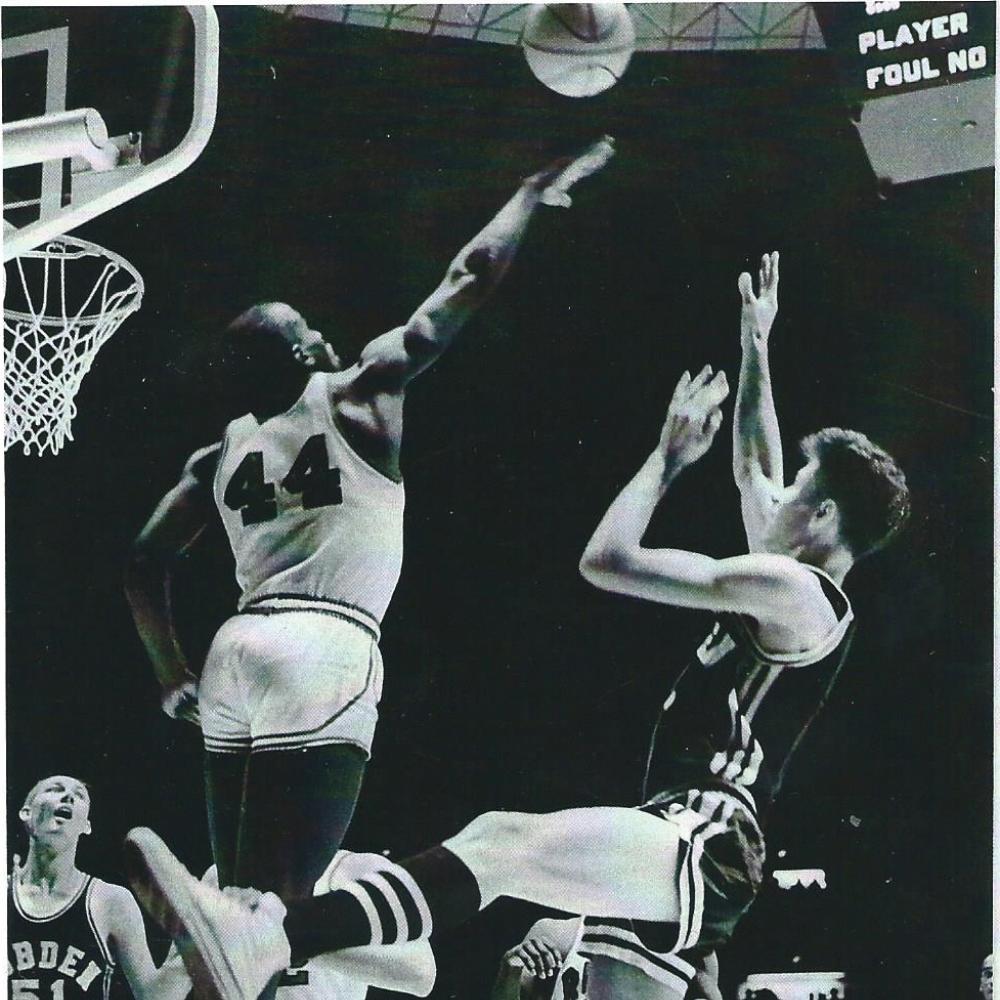 Appleknocker Ken Flick shoots as Charles Currie, 44 of Decatur, tries to block his shot in the semifinal of the 1964 state tournament.

A basketball team’s run for the state championship is the stuff of legend in Cobden, a small farming town known for its orchards in Southwestern Illinois. There’s a book about it, The Amazing Appleknockers: Illinois’ Cinderella Basketball Team of 1964. A commemorative sign in Cobden proudly declares it is Home of the Amazing “Appleknockers” and has a picture of the 1964 team. And this February, that team’s members were the first inductees into the Cobden High School Hall of Fame.

The team was also one of the main themes for an exhibit held at the Union County Museum called “Hometown Teams,” part of the Smithsonian’s Museum on Main Street program that will be shown around the country through 2019. With sponsorship from the Illinois Humanities Council, “Hometown Teams” travels to six different venues in Illinois, where small towns highlight their own stories. It will be on display this September in Rock Island.

The Smithsonian portion includes sports trivia and memorabilia about everything from baseball to track and field. In the Union County exhibit, a large banner shows Ken Flick and Ken Smith playing in the ’64 state tournament. Other than the rather quaint uniforms with knee-high socks, what stands out about the two Cobden Kens is their height—both are over six feet.

On the ’64 team, there were nine basketball players over six feet tall, who had been playing together since sixth grade. But their senior season began under a cloud. The year before, they had lost Flick, a 6’5” forward who dropped out of school because he’d gotten his girlfriend pregnant; married men weren’t allowed to play on the team. As the school board conspired to get Flick back, the team suffered another loss over the summer.

Starting point guard Tom Crowell went swimming with teammates Ken Smith and Charles Neal. Smith and Neal wanted to race across the lake and told Crowell to wait for them because he wasn’t a strong swimmer. Halfway across the lake, the boys looked back and saw Crowell struggling in the water. Smith raced back.

“It was the most horrible experience I ever had, even worse than Vietnam,” Smith said nearly forty years later in a 2002 interview. “He kept fighting me and he kept going under and he was gone. Hardly a day goes by that I don’t think about it. I think about what Tom could have been.”

The loss devastated the small town and the team. When fall came, the team dedicated the season to Crowell. And what a season it was. The Appleknockers streaked to a 22-2 record and determinedly advanced through district, regional, and sectionals, playing teams whose student bodies were twice the size of the entire town of Cobden, then around 900. Until 1972, Illinois had a single-class state basketball tournament. Consequently, small district schools like Cobden rarely made it this far.

When they arrived in Champaign for the final rounds, the Appleknockers became press darlings, due to their Cinderella story and young handsome coach, Dick Ruggles. They beat Galesburg in the quarterfinals, but everyone thought surely the Decatur powerhouse would bounce them.

Another basketball coach there, Dolph Stanley, was rooting for the Appleknockers, though: “I hope this little team goes on and wins the state championship because I know what it will mean. They’ll be talking about this for one hundred years in Cobden. In Decatur, they won’t even remember it this summer.” He got his wish, and the Appleknockers went into the championship game against Pekin that same afternoon. By then, the crowd was so fired-up for Cobden that the Pekin coach had his team run out into the gym at the same time as Cobden, so his boys would think all the cheering was for them.

Despite the crowd’s affection, the Appleknockers fell behind early in the game and ended up losing by five points. The players rode home in silence, deflated. Then they rounded a curve, coming into Cobden on the bus and saw the entire town cheering them home.

“We could see that there were people lined up for a mile and a half on the road before you get into town,” says Flick, who provided some of the pieces on display in the museum. “And in town there were so many people you couldn’t even get through.”

After that season, people went their separate ways. Coach Ruggles left Cobden to coach at Nashville High School, also in Illinois. Flick graduated salutatorian and went on to play basketball for two years at Mineral Area College in Missouri. Others joined the Air Force or Army or went to college. Many still live in Cobden or nearby. “Cobden’s identity is the Appleknockers,” says Judy Travelstead, the Smithsonian project director. “And that’s because of the 1964 Appleknocker team. That game became an iconic point in time.” 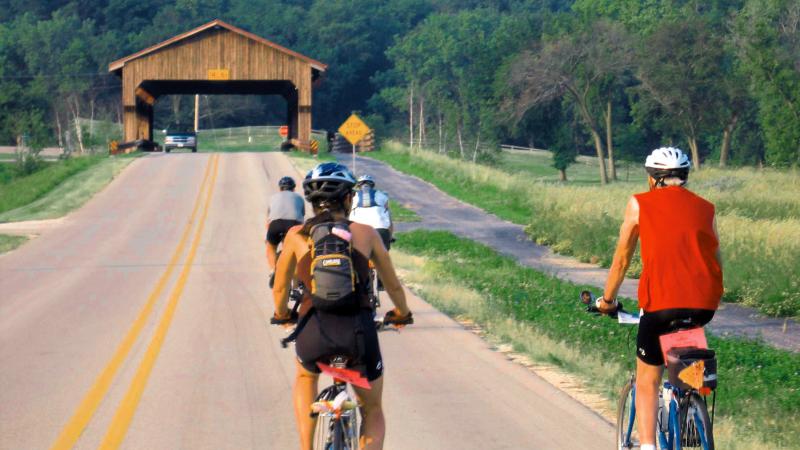