On the political and social revolution of lighting up the night. 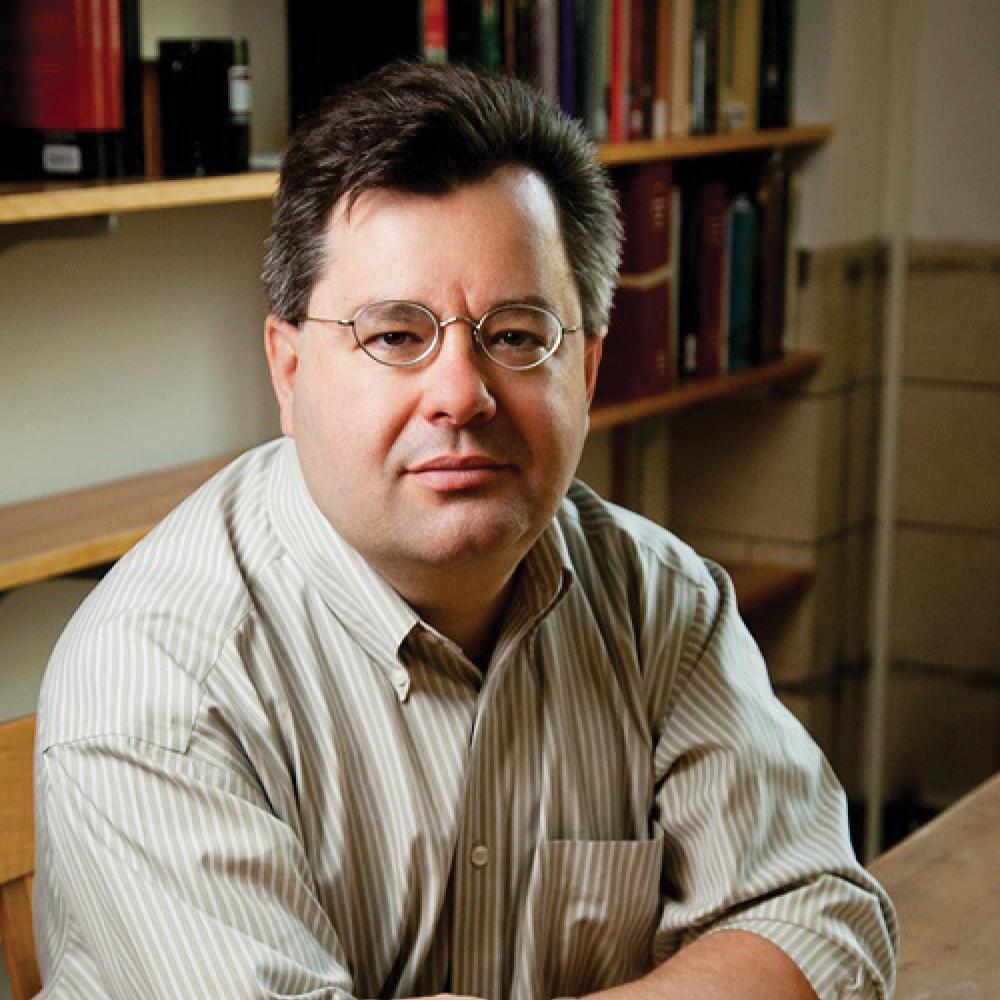 Are you afraid of the dark? Have no fear. Impertinent Questions will light your way as we explore the transformation of the darkest hours into a bastion of activity. Craig Koslofsky, author of Evening’s Empire: A History of the Night in Early Modern Europe (Cambridge University Press), is professor of history at the University of Illinois at Urbana-Champaign. Evening’s Empire won the Longman-History Today Book of the Year for 2011 and was picked as one of The Atlantic’s Books of the Year for 2012. Koslofsky wrote the book with the support of an NEH grant and a NEH-supported fellowship at the Newberry Library.

What’s the origin of the title of the book?

A big part of the book examines attempts to colonize the night in early modern Europe. This colonization of daily time is—in some ways—analogous to the spatial colonization and empire-building of early modern Europeans in the wider world. “Evenin’s empire” is a phrase used by Bob Dylan in “Mr. Tambourine Man,” so I thought it would be a memorable way to capture that sense of new attempts to master everyday time.

Between 1660 and 1700, Amsterdam, Paris, Turin, London, Copenhagen, Vienna, Hamburg—and cities in between— installed street lighting. What allowed them to light up?

It was not new technology that allowed cities to illuminate their streets in the seventeenth century—at least not in the narrow sense of “technology.” Oil lamps or candles in glass lanterns were nothing new. But the drive to colonize the night, the larger budgets of kings and city councils, and better administration (to manage the hundreds of lantern-lighters and lantern-keepers necessary in large cities)—these were new and enabled cities to light up as never before.

The Sun King, sober city councils, and private investors—depending on whether you were in Paris, Amsterdam, or London.

Young people! Whether rich or poor, they saw the city at night as their playground. Smashing lanterns showed the authorities who was truly in charge. But the crime of lantern-smashing was no mere prank. In Vienna, the punishment was loss of the right hand.

Who benefited from its installation?

Several very different groups could benefit, hence its popularity across northern Europe. For rulers, the glory of “turning night into day” was vital political capital. For comfortable city folk, going to visit a friend or a café was now safer and easier. The starting times for performances at the theater or opera could be moved later, shifting leisure time into the evening and night.

How did monarchs use the night to bolster their authority?

Some emphasized the darkness in order to claim to dispel it with street lighting or a better night watch; others lit up the night with fireworks or ornate illusions on the Baroque stage.

When did it become fashionable to stay up late?

The earliest references I found date to France in the 1640s. By 1700, wealthy townspeople and courtiers across Europe had shifted their daily lives later into the evening and night.

Who coined the term “nocturnal”?

John Donne. He uses it to refer to a poem about the night, “A Nocturnal Upon St. Lucy’s Day,” which he wrote for his patron, the countess of Bedford, in 1608. Donne turns up in several places in my history of the night—“keeping one step ahead of the persecutor within,” to quote Bob Dylan again.

Authorities were suspicious of gatherings that happened at night. What was so dangerous about a spinning circle?

As long as the spinning bee included only women, the dangers were limited to gossip and ribaldry. When the young men of the village arrived, things got much worse (in the authorities’ eyes).

About meeting in a coffeehouse?

Authorities believed that freethinkers ridiculing the invisible world of ghosts and spirits that inhabited the night was the thin end of the wedge—leading to atheism itself. Coffeehouse gatherings tended to lack respect for all authority, human or divine.

How did lighting up the night lead to a change in sleeping habits?

As my colleague Roger Ekirch has shown, increased exposure to artificial light, domestic and public, compressed an age-old pattern of two sleeps per night into the eight-hour block considered the norm today. Urban elites were the first to shift to the single block of sleep, starting in the eighteenth century. Like coffee and tea, artificial light was a luxury with physiological effects on human sleep and sleep patterns.

Are you an early riser or a night owl?