The Wreck of the Reformation

Florida's coast was a deadly place for seventeenth-century castaways. 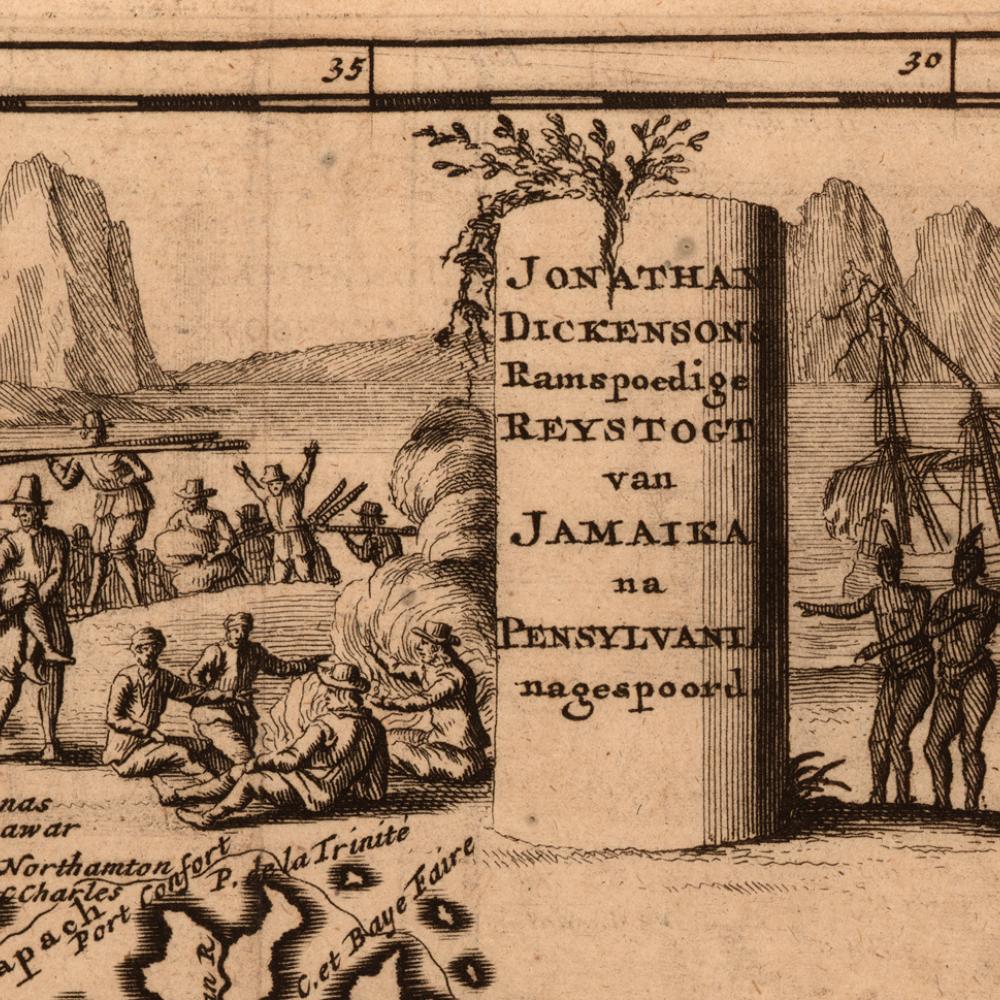 Detail from the front illustration of a Dutch translation of Jonathan Dickinson's journal, published in 1706.

Courtesy of the John Carter Brown Library at Brown University

Jonathan Dickinson's journal, first published in 1699, is a harrowing narrative of shipwreck and captivity on a stretch of Florida’s Atlantic coast well outside of Spanish control and seldom seen by any English speaker, much less a Quaker merchant from Jamaica. The journey is the subject for an audio moment on the website of the Florida Humanities Council’s Viva Florida program, marking the five hundredth anniversary of Ponce de León’s arrival.

Dickinson sailed from Port Royal, Jamaica, on September 2, 1696, on the barkentine Reformation, bound for Philadelphia. With him were his wife and baby son, a kinsman, a Quaker missionary, eleven slaves including a child named Cajoe, and nine mariners. The voyage was ill fated: The ship fell out of convoy, the shipmaster broke his leg, and an Indian slave girl fell ill and died.

After a month of waiting at sea, a storm caught them in the Bahama Channel. Hencoops blew open and filled with seabirds, sheep and hogs washed overboard, and early in the morning of October 3, the vessel ran aground. Dickinson got his people and baggage ashore and out of the rain under a tent of spars and sails. They were soon sighted. Two men in breechclouts of woven grass ran up, snatched the tobacco and pipes that Dickinson held out, and, “making a snuffing noise,” ran away.

Although only one of them spoke Spanish, the twenty-four castaways agreed to say that they were headed toward St. Augustine, 230 miles to the north. To reach the Spanish settlement, they had to cross the territories of four hunting and gathering peoples: the Jaega, Santaluz, Ais, and Surruque. The Wild Coast was not part of Spanish Florida.

The Jaega who came to salvage the wreck ordered the party to unlock their chests, trunks, and boxes. The chief took the money; the warriors divided the clothes, including some that the party was wearing. At the town of Jobe, several miles away, they were given a meal of fish and set to work repairing locks and mending tears, while the chief ’s wife dandled and nursed the Dickinsons’ baby, Jonathan. In the distance they could see the smoke of a great fire, the burning Reformation.

Although warned that the Santaluces would kill them, the group started northward. When night fell they built a fire on the beach and buried themselves in the sand to escape the sand flies and mosquitoes. At daybreak on the second morning, a group of Santaluces with bows and arrows fell upon them, crying “Nickaleer, Nickaleer,” their word for English people. Those in breeches were shaken out of them. Mary Dickinson had her clothes torn from her body and her hair-lace yanked from her head. The walk to the town of Santaluz was a gauntlet of stones, blows, and menacing weapons. At the council house, the castaways were ordered to lie on the floor, nasty with garbage and swarming with scorpions and large, hairy spiders. Unaccountably, an hour later they were brought Indian clothing and a meal of clams, fish, and palm berries. That night they were hurried along to Ais territory, past the wreck of a smaller ship, the Nantwich, lost in the same storm.

The old chief of Ais washed Mary Dickinson’s feet, injured by sunburn and the hot sand. He promised to take his Spanish “comrades” to St. Augustine as soon as he could collect his share of the salvaged cargo, but not the seven Nickaleers from the Nantwich. Food ran short in Ais while the old chief was away, and Jonathan later confessed that when he and Mary thought that they might die and their child be brought up a savage, “it wounded us deep.”

On the twelfth of November, a piragua came in sight and out stepped Captain Sebastián López with a squad of soldiers and the old chief, whom he had met along the way. No longer able to pretend that they were Spaniards, the Jamaicans begged López to escort them to St. Augustine. He agreed to see them as far as the Surruque border, but he had no extra rations. To feed themselves for a two-week trek they had nothing but a bagful of stolen berries.

The weather was turning cold, and they were without blankets or warm clothes. On one terrible day, November 23, five members of the party, including little Cajoe, died on the beach of exposure. As the survivors neared St. Augustine, they took shelter in three successive sentinel houses. The sentinels could not feed them and had no boats to spare, but once they were safely inside the capital, the townspeople lodged, clothed, and fed them, and the governor kindly arranged for them to travel up to Charleston, where they could take ship for Pennsylvania.

No one who experienced the wreck of the Reformation would ever forget it. So that others could profit from their sufferings, the Quaker Meeting in Philadelphia published Dickinson’s account as God’s Protecting Providence. In the next 170 years it would be reprinted sixteen times in English and three times each in Dutch and German, long after Creek and Carolinian slave raiders had depopulated the Wild Coast and the mission provinces of Spanish Florida.

Amy Turner Bushnell is an associate professor of history at Brown University and a research scholar at the john Carter Brown Library. She is the author of Situado and Sabana: Spain's Support System for the Presidio and Mission Provinces of Florida. 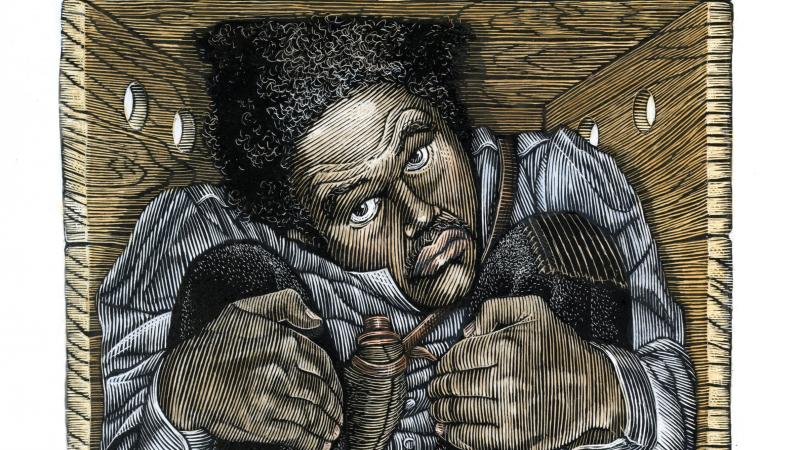 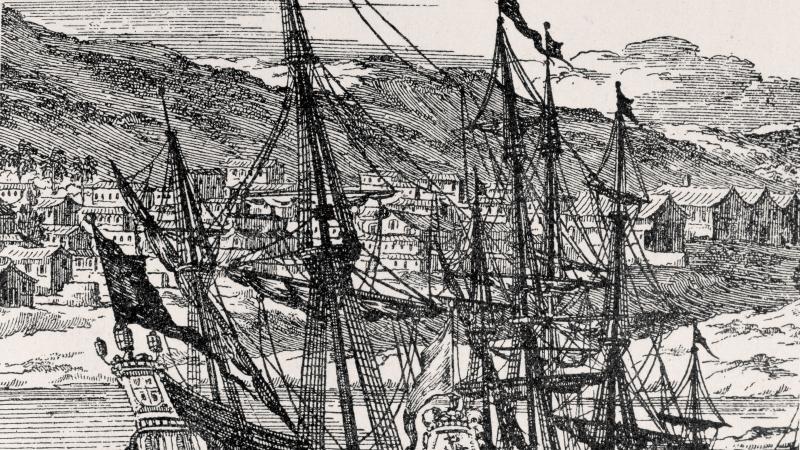