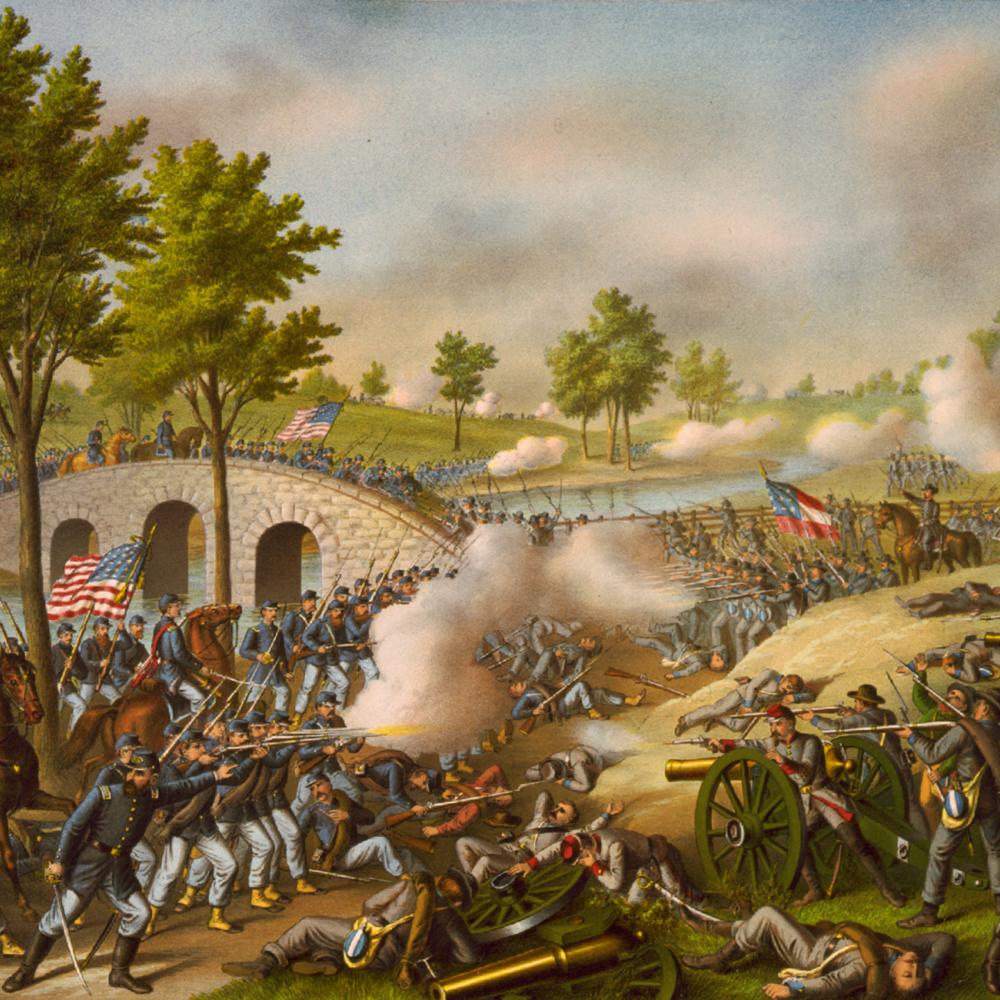 This 1878 illustration by Kurz & Allison depicts the fighting at Burnside's Bridge during the Battle of Antietam.

For this edition of IQ, we’re camping with the Army of the Potomac in Maryland and pacing the halls of the White House. Richard Slotkin’s The Long Road to Antietam: How the Civil War Became a Revolution surveys the political and military events that led to the pivotal Civil War battle and assesses its aftermath. Now professor emeritus at Wesleyan University, Slotkin used an NEH grant early in his career to write a volume in his landmark trilogy on the mythology of the American West.

What is the popular perception of the Battle of Antietam?

Antietam  is remembered for two things. It was the narrow victory won by Union troops, which allowed Abraham Lincoln to issue the Emancipation Proclamation, which made the war for the Union also a war against slavery. It was also the bloodiest single day of combat in American history. Out of about 100,000 troops engaged in the two armies, 25,000 were killed, wounded, or captured—25 percent. By comparison, on D-Day in 1944, U.S. troops suffered some 5,200 casualties out of more than 50,000 engaged, or 10 percent.

The battle is a worst-case scenario for the student of military tactics. General  Robert E. Lee risked an army the Confederacy could not afford to lose in a battle he had no chance of winning. General George McClellan’s tactics were so badly conceived and so ineptly executed that he failed to break an enemy he outnumbered two to one.

You have some strong opinions about McClellan, who led the Army of the Potomac at Antietam. Let’s start with the good stuff. His virtues?

He was a superb organizer, trainer, and motivator of volunteer soldiers, who built the Army of the Potomac into a formidable combat force.

He was indecisive when it counted—the kind of guy who buys himself the perfect gun, loads it, takes aim, and then can’t pull the trigger. And he was disloyal to the government he served—he regarded Lincoln and his cabinet as enemies more dangerous to himself, and almost more dangerous to the nation, than the Confederates. He spent half his time and strength scheming to control the government, when General Lee demanded his full attention.

What did McClellan think of Lincoln?

He had contempt for Lincoln’s social origins, intelligence, and morals; called him “the Original Gorilla” and “a well-meaning  baboon.”

What did Lincoln think of McClellan?

He respected his skill as an organizer, but thought he became too “nervous” to act effectively at a moment of crisis. He also came to believe  that McClellan was willing to sacrifice the nation’s interests to further his own.

You argue that Lincoln should have removed McClellan from command. On what grounds?

McClellan refused to obey orders from Lincoln and General-in-Chief Henry Halleck that he take the offensive against Richmond in August 1862.

How close did Lincoln come to firing him?

Not close enough. He passed the buck to General Halleck, a bureaucratic fussbudget who was afraid to test the army’s loyalty to McClellan.

In hindsight it’s clear that the summer of 1862 was the South’s best chance to win the Civil War. All three of the Confederates’ main armies were on the offensive, Lee was winning victories, midterm Congressional elections were approaching  in the North, and the British were thinking about recognizing the Confederacy. If Lee had won at Antietam, Lincoln’s party might have lost its Congressional majorities to a Democratic party willing to compromise with the South. Lee’s defeat not only lost these opportunities, it allowed  Lincoln to issue the Emancipation Proclamation. That act undermined the South’s economy and added substantial numbers of blacks to the Union ranks; and it transformed the moral basis of the war.

How was Antietam viewed then?

Contemporaries in the North viewed the battle as a fortunate escape from disaster, but also as a wasted opportunity to destroy Lee’s army. Southerners  thought the battle left them better off than before, and in a strictly military sense they were absolutely right. Both sides understood that the Emancipation Proclamation had made a compromise peace impossible. But Northern “conservatives” promised to rescind the proclamation if they won the presidency in 1864.

How did you become interested in the Civil War?

In 1951 (I was nine), my family drove from NYC down to Florida, stopping at Civil War battlefields, which celebrated the victory of Union and Freedom—and then at segregated parks and restaurants, “White Only” bathrooms and the like. It hit me, hard, that the Civil War wasn’t just history—the injustice that had caused  it was still going on. The victory celebration at Gettysburg was premature.

No contest: Lincoln. He understood that slavery was the root cause of the war, and that no real peace was possible  until it was destroyed. As for what he achieved, Walt Whitman said it best:

This dust was once the man,

Gentle, plain, just and resolute, under whose cautious hand,

Against the foulest crime in history known in any land or age,

Was saved the Union of these States.

Gettysburg, the walk along Cemetery Ridge looking over the ground covered by Pickett’s Charge. The space is open and empty, suggesting how it might have been that day. And the statues across the open ground are life-size, so you can see something; like what the Union soldiers saw: armed men, that close to you, advancing in steady ranks under their battle flags. 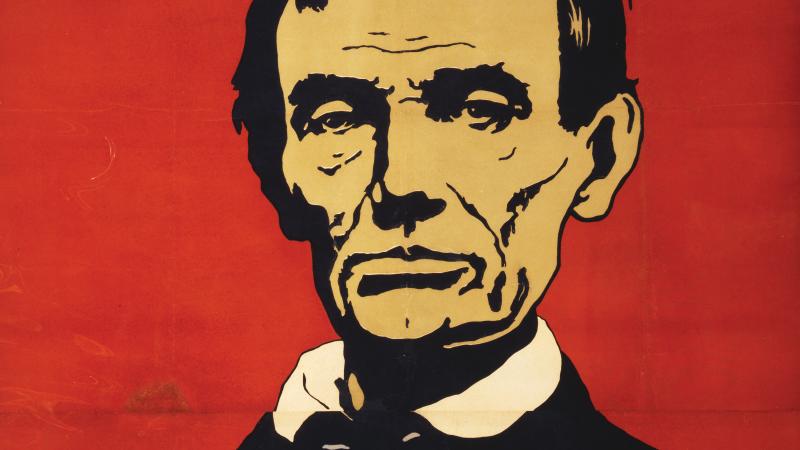