The Image of a Writer

Herman Melville, Emily Dickinson, and the conflict between publication and privacy. 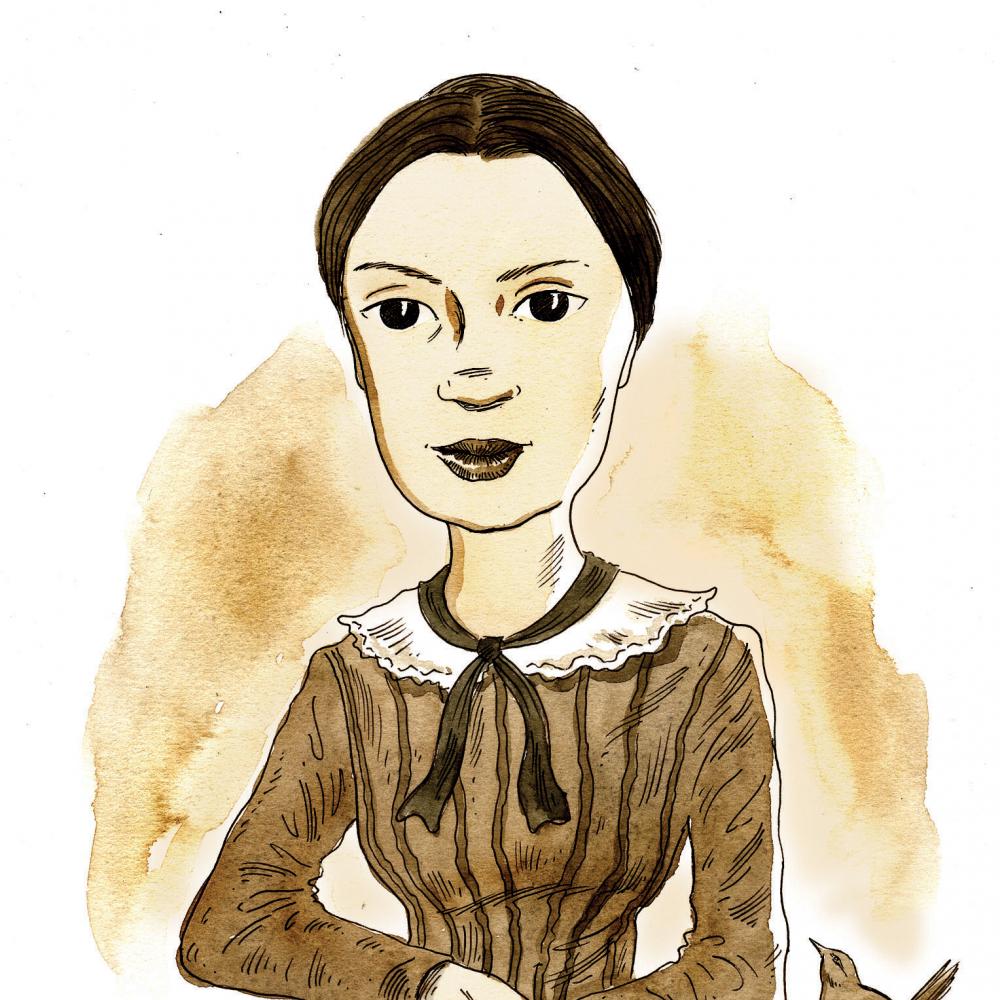 Early in 1851, Herman Melville’s friend and publisher Evert Duyckinck asked the author for a daguerreotype to publish in his magazine, The Literary World. Melville, then in the midst of writing a massive, rumbustious novel that would become Moby-Dick, protested that he had no such photograph, adding, “And if I had, I would not send it . . . even to you.”

Eleven years later, the Atlantic Monthly editor, Thomas Wentworth Higginson, made a similar request to an obscure, retiring poet named Emily Dickinson who had written a letter asking if her verses “breathed.” Her response was much like Melville’s, if typically elliptical: “Could you believe me—without? I had no portrait, now, but am small, like the Wren, and my Hair is bold, like the Chestnut Bur—and my eyes, like the Sherry in the Glass, that the Guest leaves—Would this do just as well?”

This pair of polite, but emphatic refusals begins Michael Kearns’s Writing for the Street, Writing in the Garret: Melville, Dickinson, and Private Publication, a meditation on the way both authors imagined themselves as authors. Describing the conditions of authorship in the years just before and  after the Civil War, Kearns’s book might also be taken as a cautionary tale about the perils of being a writer in a nation defined and driven by the twin engines of democracy and market capitalism. As the Melville scholar Robert Milder has observed, “The problem of establishing intellectual and aesthetic standards in an egalitarian society was and remains a difficult and politically volatile one in American culture.”

In some respects, Melville and Dickinson had the great misfortune of writing just as antebellum America was creating a mass audience for its authors. With almost universal literacy among its nonslave population, increasingly sophisticated publishing and transportation networks, and a widespread yearning for a national culture different from but equal to that of Europe, America had for the first time in its brief history a truly national audience that seemed within reach to many writers. “The proof of a poet,” intoned Whitman in the introduction of his 1855 Leaves of Grass, “is that his country absorbs him as affectionately as he has absorbed it.” Whitman meant that in a newfound democracy, an author sensitive to his or her audience could expect a widespread readership that transcended class lines and geographical boundaries.

While Whitman would not receive the kind of audience acceptance he prophesied and craved for several more decades, other writers of the period became the nation’s first literary superstars. Ralph Waldo Emerson and Nathaniel Hawthorne were representatives of a new indigenous high culture during the 1850s, their images photographed and painted, reproduced in newspapers, magazines, and the frontispieces of elegantly published books. But it was Harriet Beecher Stowe’s Uncle Tom’s Cabin (1852), which sold millions of copies in its first few years, that initiated the era of the best-seller.  Stowe and her titular hero became household names, cultural emblems in the cause of abolition—and, in the South, figures of derision. Numerous other women writers, including Fanny Fern and E.D.E.N. Southworth, similarly enjoyed immense readerships. It was these writers who prompted Hawthorne to complain that “America is now wholly given over to a d—d mob of scribbling women.”

Attaining such popularity invariably involved certain trade-offs. As Kearns notes, “The work of authorship [then as now] requires engaging in publicity, negotiating the best deal, shopping one’s goods, reading and marking proof, and other activities that may strike a writer as unpleasantly sordid.” The correspondence of Hawthorne, Stowe, and many other writers of the period is filled with responses to requests for autographs, speaking engagements, and other chores that often took away from time spent writing.

More important, attaining a democratic audience sometimes entailed a diminishing of literary standards. For years, Uncle Tom’s Cabin wasn’t studied in the academy because it was believed to be too popular, too sentimental, too unconcerned with exceptional language use. Even Whitman, one of the most vocal spokespersons for a broad-based national literature, expressed some reservations about mass audiences in his Democratic Vistas. “I say that democracy can never prove itself beyond cavil,” he announced, “until it founds and luxuriantly grows its own forms of art. . . .” The only problem, he continued, is that too often the tastes of the crowd fail to encourage difficult ideas or rich and multilayered literary language. Publishers were therefore motivated to appeal to vulgar sensibilities in order to maximize profit. “It seems as if . . . there were some natural repugnance between a literary . . . life,” Whitman laments, “and the rude rank spirit of the democracies.”

As Kearns reveals in Writing for the Street, Writing in the Garret, Melville felt this particular conundrum with acuity. In a famous letter to Hawthorne, written several months after his refusal to Duyckinck, he complained, “What I feel most moved to write, that is banned,—it will not pay. Yet, altogether, write the other way I cannot. So the product is a final hash, and all my books are botches.  . . . Though I wrote the Gospels in this century, I should die in the gutter.” Melville was by no means alone in his alienation from the market and from mass opinion. Dickinson, too, struggled to imagine her authority as a writer, addressing the tyranny of democratic public opinion in one of her most trenchant poetic observations.

Much Madness is divinest Sense—

To a discerning Eye—

In this, as All, prevail—

And handled with a Chain—

According to Kearns, both Melville and Dickinson developed authorial strategies that allowed them to turn their backs on antebellum America’s burgeoning mass audience and to imagine themselves as romantic artists governed solely by inspiration. Instead of courting the crowd, they became “garret” writers whose artistic prestige was bound up in the fact that they were not writing for “the street.” So dissimilar in so many ways, both authors nevertheless were linked by a mutual desire “to operate outside of the capitalist and mimetic markets (especially opposing advertising).” Suspicious of the tastes of a mass audience as well as the techniques by which publishing houses transformed authors into marketable commodities for that audience, “they desired to publish in ways that preserved their total control and ownership of their work.” By refusing to sell out, Kearns argues, they were able to write works governed by their own autonomous aesthetic criteria, works that ignored popular trends, that aspired to art for art’s sake. To accomplish this, however, they had to content themselves with small, private audiences capable of determining their respective works’ design and intentions.

The decision to write in this manner did not come easily for Melville. In 1850, he had all but declared his ambition to become the American Shakespeare. (This declaration was in an anonymous review of Hawthorne’s Mosses from the Old Manse and printed in Duyckinck’s Literary World.) In 1851, he was busy attempting to secure that title by writing Moby-Dick. But after the novel’s disappointing sales and mediocre critical reception, Melville began the slow, painful process of recalibrating his aspirations. A string of increasingly inaccessible novels and anonymously published short stories eventually gave way to an attempt to become a poet. In the decades following the Civil War, he produced a series of privately printed books filled with difficult, knotty, complex poems, including the longest poem in English, Clarel, which he admitted from the outset was “eminently adapted for unpopularity.” These books he distributed with little fanfare to a small coterie of friends and devotees, thereby hoping to reach a more discriminating audience.

Dickinson, on the other hand, seems never to have seriously considered courting a large audience. While it is often difficult to locate her meaning behind the verbal acrobatics and the smoke screens of her various personae, she made good on her claim to Higginson early in their correspondence. “I smile,” she wrote him, “when you suggest that I delay ‘to publish’—that being foreign to my thought, as Firmament to Fin.”

Except for a few poems published either without her permission or in order to benefit the Union army, Dickinson never published in the sense we understand it. Instead, she eschewed book and magazine publication and distributed an utterly original poetry that dealt obliquely with her era’s religious beliefs and sexual relations through letters and manuscripts to friends, family, and a wide range of correspondents. According to Kearns, this decision should not be regarded as a failure of nerve, an example of the gendered tyranny of the domestic realm, or a clue to pathology. Rather it was a shrewd move by an artist intent on exerting “the greatest power within a field of extremely limited production, . . . a practice that conduces to the greatest possible autonomy.”

Although Kearns focuses exclusively on Melville and Dickinson, his book is suggestive for the way in which both authors serve as forerunners to the twentieth and early twenty-first centuries. It was precisely their distaste for a mass audience—which they viewed as degraded by the yellow journalism of daily newspapers and magazines—that impelled modernist writers such as T. S. Eliot, Ezra Pound, Gertrude Stein, and others to produce difficult works meant to distance themselves from the democratic readers of their period. Their solution to the problem of producing art in a democratic society has sent generations of students through the thickets of footnotes and reference guides.

On the other hand, serious authors who courted larger audiences quickly found themselves victims of overwhelming market forces, their lives commodified and branded by publishers and public relations. Twentieth-century prose authors such as Ernest Hemingway, F. Scott Fitzgerald, and Jack Kerouac are among the best-known authors who became ensnared by their image. J. D. Salinger and Thomas Pynchon reacted against the literary PR machinery by recusing themselves from the public eye.

Ultimately, if paradoxically, it was Dickinson and Melville’s refusal to court and attain a mass audience while they lived that has resulted in their enduring canonical status. Early in the twentieth century, both artists were “rediscovered” and appropriated by scholars and cultural opinion-makers. In classrooms and anthologies, and later in film treatments and book clubs, the two iconoclasts were, in Kearns’s words, “shaped to fit the alienated-artist, garret-dwelling, antimaterialistic narrative of early twentieth-century American literature.” If our understanding of Melville and Dickinson continues to change and develop, one interpretation continues to stand out. Both authors, in the words of scholar Thomas Inge, “represent the danger and tragedy of being an artist in a democratic, capitalist society, where pleasing the tastes of the mob and making money counted for more than producing a classic work of literature.”

Randall Fuller is the Herman Melville Distinguished Professor of American Literature at the University of Kansas, Lawrence.

In 2007, Michael Kearns, a professor at the University of Southern Indiana, received a $5,000 grant from NEH to work on Writing for the Street, Writing in the Garret, which was published by Ohio State University Press in 2010.

Marilynne Robinson on the reception of Gilead 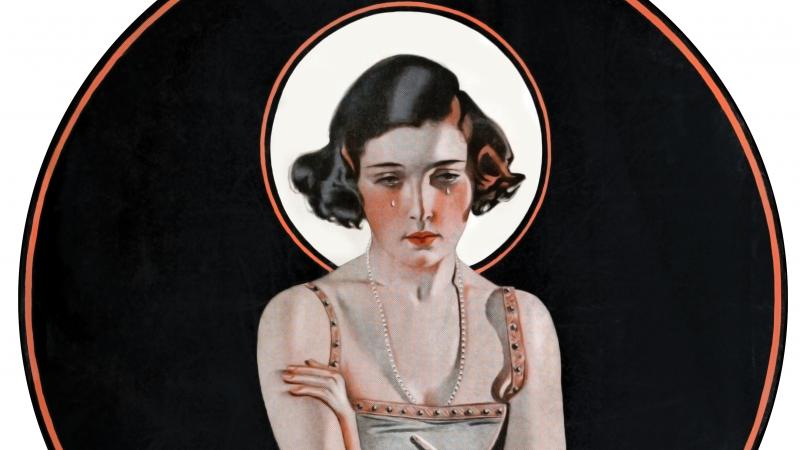 In the 1970s, a PBS miniseries brought short stories to the screen with significant success.