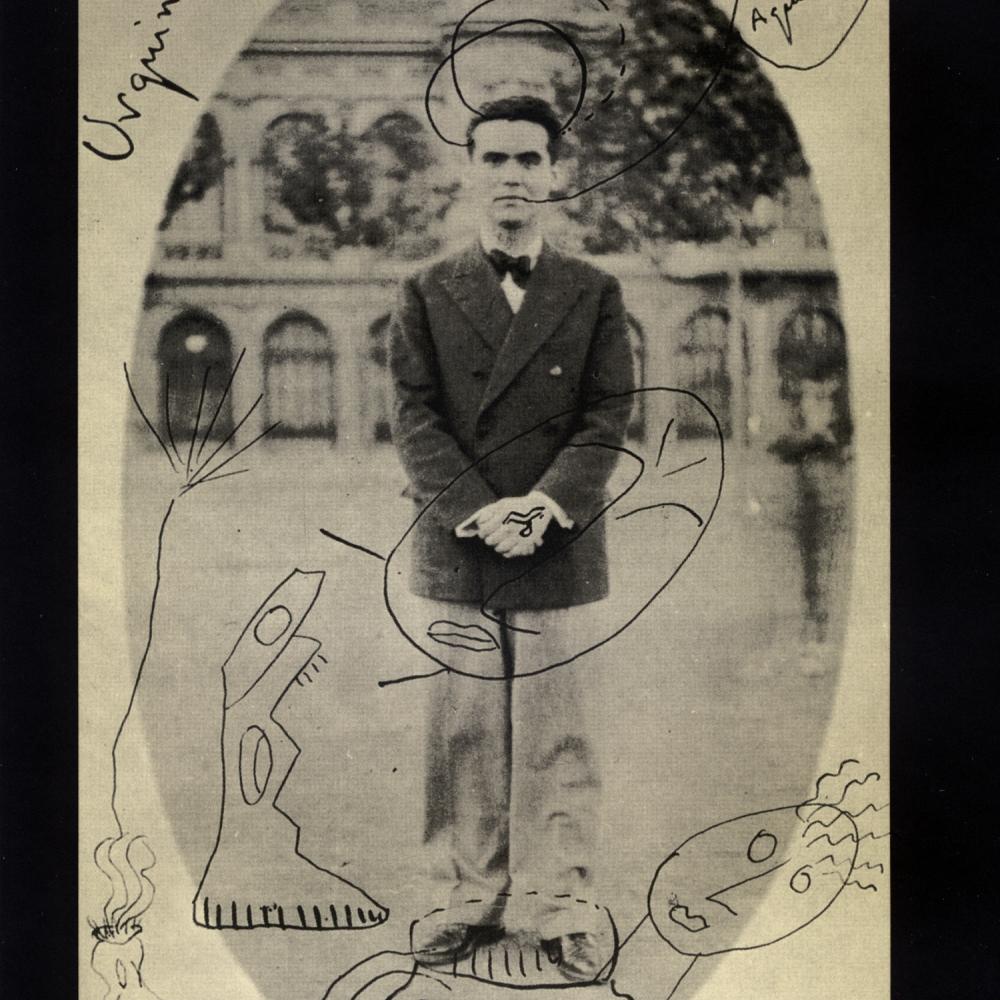 For decades Americans have been taking what they happen to like best about Spanish poet Federico García Lorca and making him into their own image. “Image” was the operative word, as “deep image” poets in the fifties, sixties, and early seventies imitated Lorca’s resonant, or “dark,” images. These poets weren’t alone, though, in efforts to mine Lorca’s poetry for something that could buttress their own work; other American poets thought they could tap into the concept of the duende (a hard-to-define term describing emotion, expression, and authenticity, especially in the performing arts, and associated with “having soul”), and translators many times used highly experimental devices to capture the surreal in the Andalusian’s verse.

As University of Kansas professor of Spanish Jonathan Mayhew explains in his NEH-funded Apocryphal Lorca: Translation, Parody, Kitsch (University of Chicago Press, 2009) post-war poets and translators were especially drawn in by Lorca’s concept of the duende, or “deep song.”

The basics of Lorca’s life and work are widely known. He realized early success with a highly folkloric work called Gypsy Ballads, then traveled to New York in 1929, where he wrote a collection called Poet in New York, and delivered his famous speech on the duende in Buenos Aires. Tragically, at the age of thirty-eight in 1936, during the Spanish Civil War, he died—a victim of political repression in Granada. Lorca’s intellectual biography, however, has not been written. Little is known of his erudition and his slow, deliberate self-apprenticeship as a writer.

What is known, as Mayhew shows, is that Lorca was not the innocent or untutored genius he purported to be. He read very widely in all genres and times, learning much from Greek tragedians, Shakespeare, and Cervantes, of course, but also was a student of poetry in the anonymous tradition. So, even though he was Spain’s great avant-garde poet and dramatist engaged in a wide array of experimental literary styles (the attraction, claims Mayhew, for American poets, especially during the Cold War), he was grounded in traditional modes of expression.

The concept of the duende has added to the Lorcan aura in the U.S., too. Associated in Spain with bullfighting and flamenco, the duende has no true cultural equivalent in the United States, where, in Mayhew’s view, it has been domesticated and come to be synonymous with inspiration generally. The duende is deeply rooted in Spanish and Andalusian culture, though, and the voyage to the Anglo-Saxon mindset may ultimately be fruitless, so there’s no easy path to understanding Lorca’s poetry. Mayhew believes then that a close line-by-line reading of the original or a somewhat literal translation is a good way for English-language readers to start, and is quick to add that translators of the past twenty years or so have been more sensitive to this aspect of reading Lorca and have reacted accordingly.

Translators had few qualms, though, beginning in the thirties, in attempting to approximate Lorca’s deep image and surreal verse, but Mayhew feels their efforts have often been self-serving (a notable exception is Langston Hughes’s translations). Poet-translators who were disciples of Ezra Pound or William Carlos Williams attempted to duplicate the impact of Lorca’s images through highly experimental efforts that were neither very faithful nor very poetic. Rather than opting for a solid, literal approach, they attempted to recreate the originality of the source text, often sacrificing comprehension and accuracy in the target language.

The irony, for Mayhew, is that even if Lorca had had translators and English-language editors who really got him, he wouldn’t necessarily have had a wider readership in the United States. Lorca enjoyed a fairly wide and receptive readership, as it was, because the generation of New American Poets, including the Beats and the Black Mountain School, was eminently receptive to him as an avant-garde artist and outsider. The poetry and translations that Lorca’s career has generated in the United States (Robert Creeley’s After Lorca is perhaps the best known example among the poems, and among the translations, Robert Bly’s) have been inspired by poets of the postwar period who have ultimately fallen short, in Mayhew’s view, of Lorca’s towering accomplishments and hard-to-tame talent.