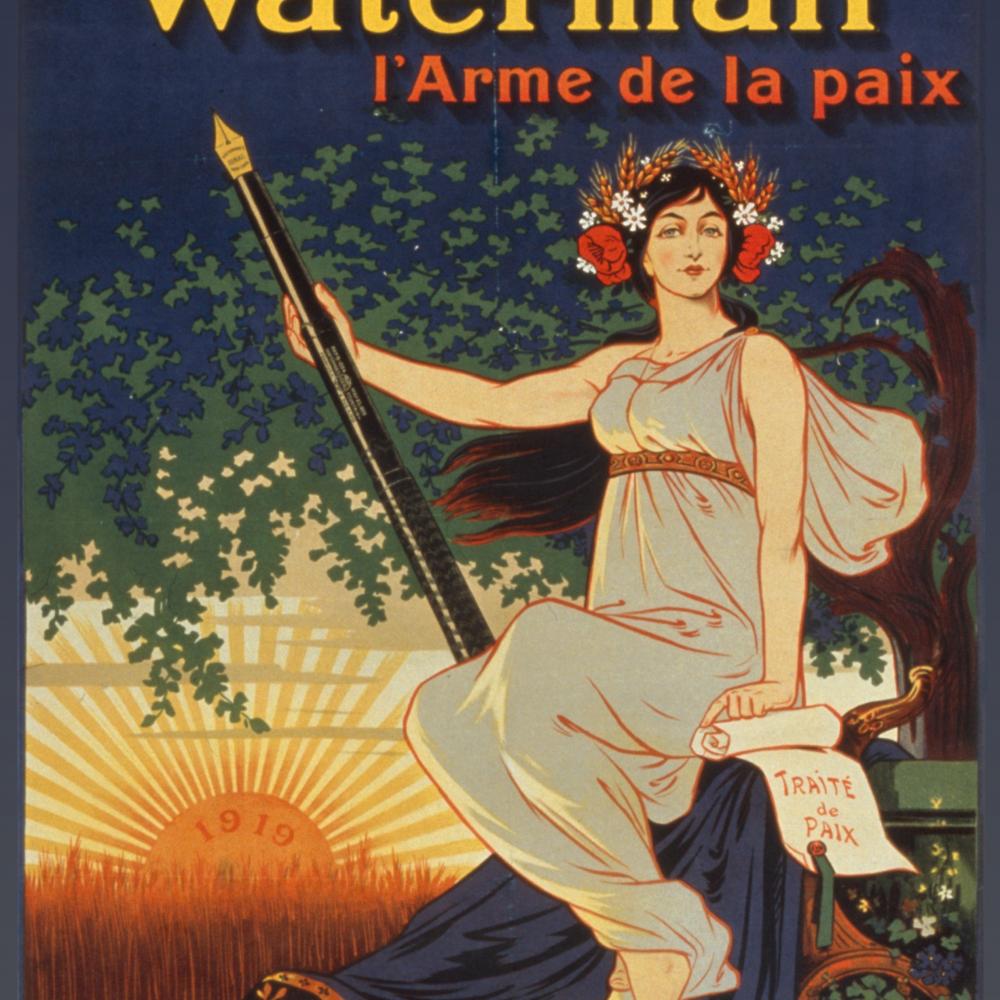 The Waterman fountain pen was invented in 1884 by Lewis Edison Waterman, a traveling insurance salesmen motivated by a former client who refused to sign a policy with a leaky reservoir pen.

1919 poster by Ogé; Library of Congress

When Arthur Miller’s Death of a Salesman appeared on stage in 1949, the traveling salesman became—and, in the minds of many, has remained—synonymous with middle-class tragedy.

But for Ronald Solberg, the traveling salesman is not so easy to define. “So many different images come to my mind with those two words,” he writes. “A peddler with a sack slung over his back, a wry teller of tales with a farmer-city slicker story,” or a hustler with “a wagon filled with ointments and elixirs.” Solberg once peddled brushes in southern Minnesota, but has since laid down his grip—or sample case. Currently a history teacher, Solberg worked also in public relations and advertising, and was, at one point, the communications director for the Million Dollar Round Table, an international association of life insurance salesmen.

In 2002, Solberg was commissioned by Chicago’s Newberry Library to compile lesson plans on turn-of-the-century labor activity. His experiences on the road and with the MDRT were his inspiration. Seven years of research produced The Whizbangs of Oohs and Ahs—America’s Salesmen: Their Lore, Lives and Laughs, and he now lectures on the subject through the Illinois Humanities Council’s Road Scholars program.

“There’s certainly some truth to Death of a Salesman, but that’s only one side of it,” says Solberg. On the bright side, it is a career that has attracted multitalented individuals, who have collectively altered our culture. Former salesmen include P. T. Barnum, L. Frank Baum, Benedict Arnold, and John Chapman, who is more affectionately known as Johnny Appleseed. A more exhaustive list contains some commercial titans, from the founders of department stores to the top grossers in condiment and chewing gum sales.

The traveling salesman, Solberg writes, is uniquely American. In the eighteenth century, “peddlers were quite rare in Europe because craft guilds provided local artisans with monopolies in their territories.” The U.S., on the other hand, lacked regulations and its artisans required a class of men to dole out their products. Some salesmen became general merchants hawking small essentials that were effortlessly transported, such as pins, needles, scissors, and combs. Others became specialized dealers, limiting their wares to a single product.

In the late nineteenth century, rail hubs, like Chicago, became springboards for roaming merchants, who doubled as “walking newspapers and purveyors of information,”says Solberg. Businesses, like the Fuller Brush Company (for which Solberg’s father was a field manager), relied on the charm of their salesmen. They were armed with “leave-behinds,” encouraged to meet “stop-goals,” and, for the first time in commercial history,they could offer home trials and money-back guarantees.

Clued-in merchants, responsive to the needs of customers, became instrumental in the creation of new products. They developed goods with “built-in obsolescence—that consumers would willingly purchase over and over again,” writes Solberg. Modern shoppers may thank former salesmen as they pull on a pair of jeans, relish a potato chip, vacuum a carpet, or furtively tout a knockoff purse.

That final treat—the introduction of knockoffs—reveals a sordid reality: Life on the road brought a desire for shortcuts. In 1833, a British observer wrote, “Yankee Peddlers . . . are proverbial for dishonesty. They go forth annually in the thousands to lie, cog, cheat, [and] swindle.” Some took pride in their double-dealings. William Avery Rockefeller, a nineteenth-century salesmen and the father of John D., boasted of how he treated his sons: “I cheat my boys every chance I get. I want to make ’em sharp.” But Rockefeller and like-minded rogues were the exception, not the norm. Alfred Fuller, founder of the Fuller Brush Company, clarified, “The salesman is an idealist and an artist; in that respect he differs from the huckster, who is just out for profit.”

As Solberg is quick to remind his audiences, the traveling salesman is not a creature of the past. “Good salesmen find that they adjust to the times and use whatever systems are available to them.” They have been “responsible for developing the modes of persuasion that we now associate with modern merchandizing [and] public relations.” Television commercials—which highlight articulate, personable spokesmen—draw on door-to-door techniques. Business cards and catalogs, the former bread and butter of a successful vendor, are common fare. Boardroom jargon, too, bears their influence. “Brass tacks,” “pitch,” and “best-seller” were each coined or popularized by roving merchants.

Off the sales floor, the trials of traveling salesmen offer a universal lesson. “It’s tough work, going door to door, business to business. But it builds character. [You learn to] overlook the people who say ‘no,’ to find the ones that say ‘yes.’ It’s an important message,” says Solberg. 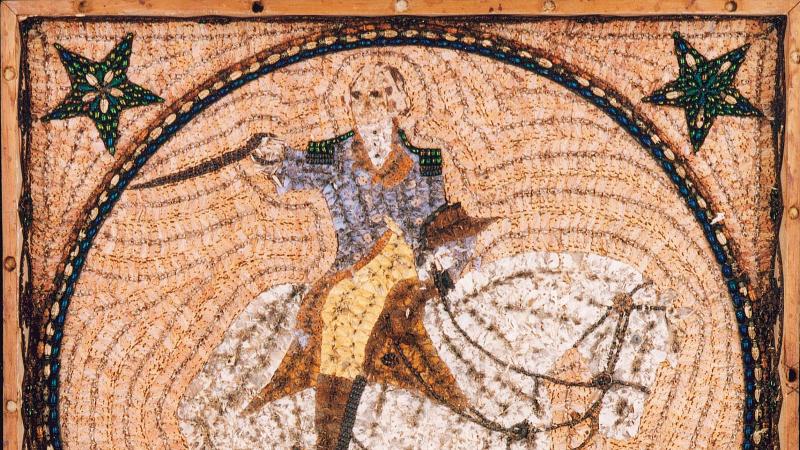 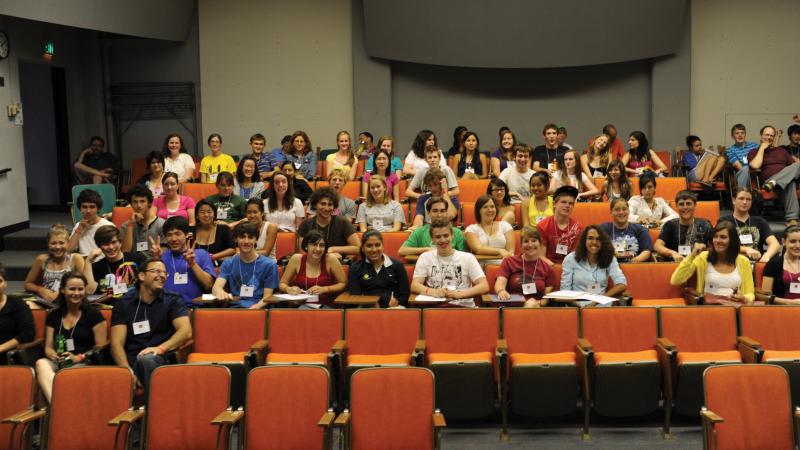