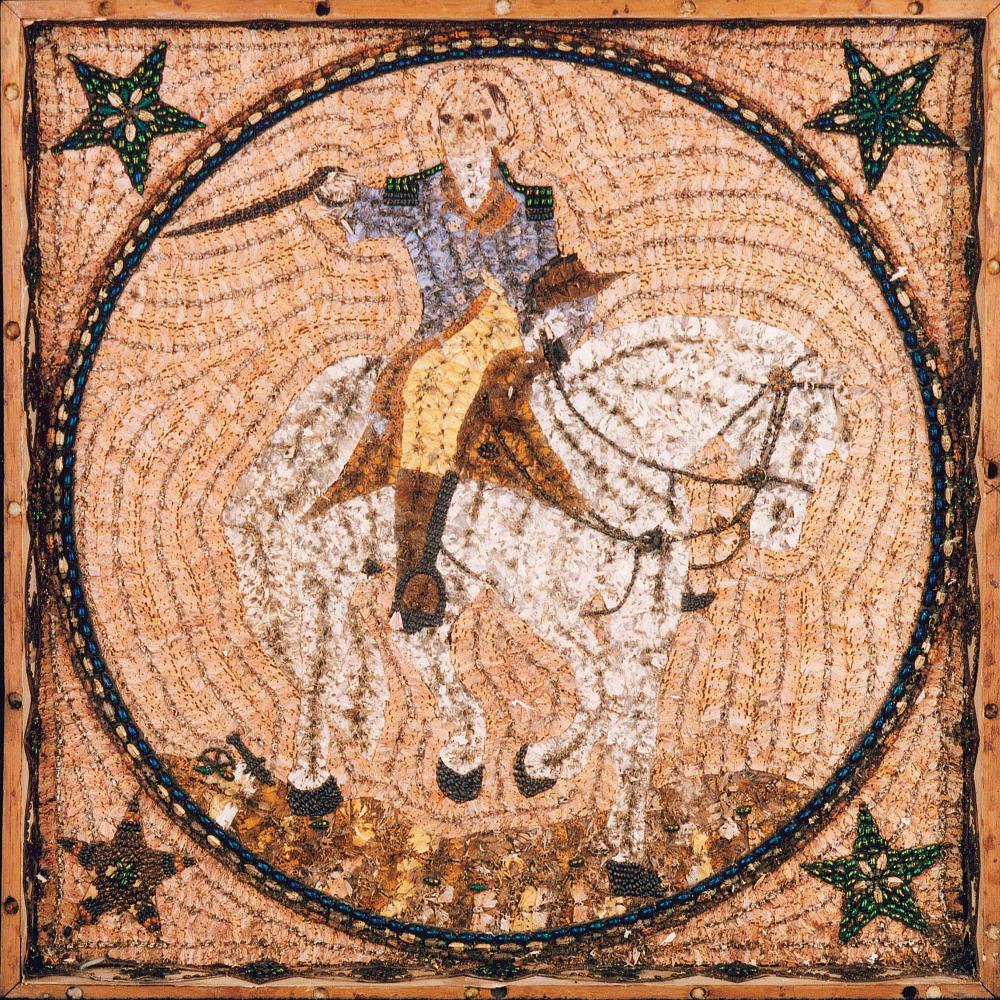 John Hampson dabbled in the natural world, which meant  capturing beetles, moths, and butterflies. Instead of mounting them, Hampson created art that depicted, among other subjects, George Washington. A machinist, Hampson had the “delicacy of a surgeon’s touch,” according to the Newark Evening News in February 1923. He took “gaudily winged little insects and fashioned them into designs and pictures, rivaling the minute patchwork and samplers of years ago for intricacy and patience consumed, but exceeding any of these in coloration.” Hampson’s mosaics are now in St. Johnsbury, Vermont, at the Fairbanks Museum & Planetarium, which has received an NEH preservation assistance grant.