History of Science at the Adler Planetarium

The Adler Planetarium’s history of science collection is one of the world’s most important, and includes the astrolabe pictured here. 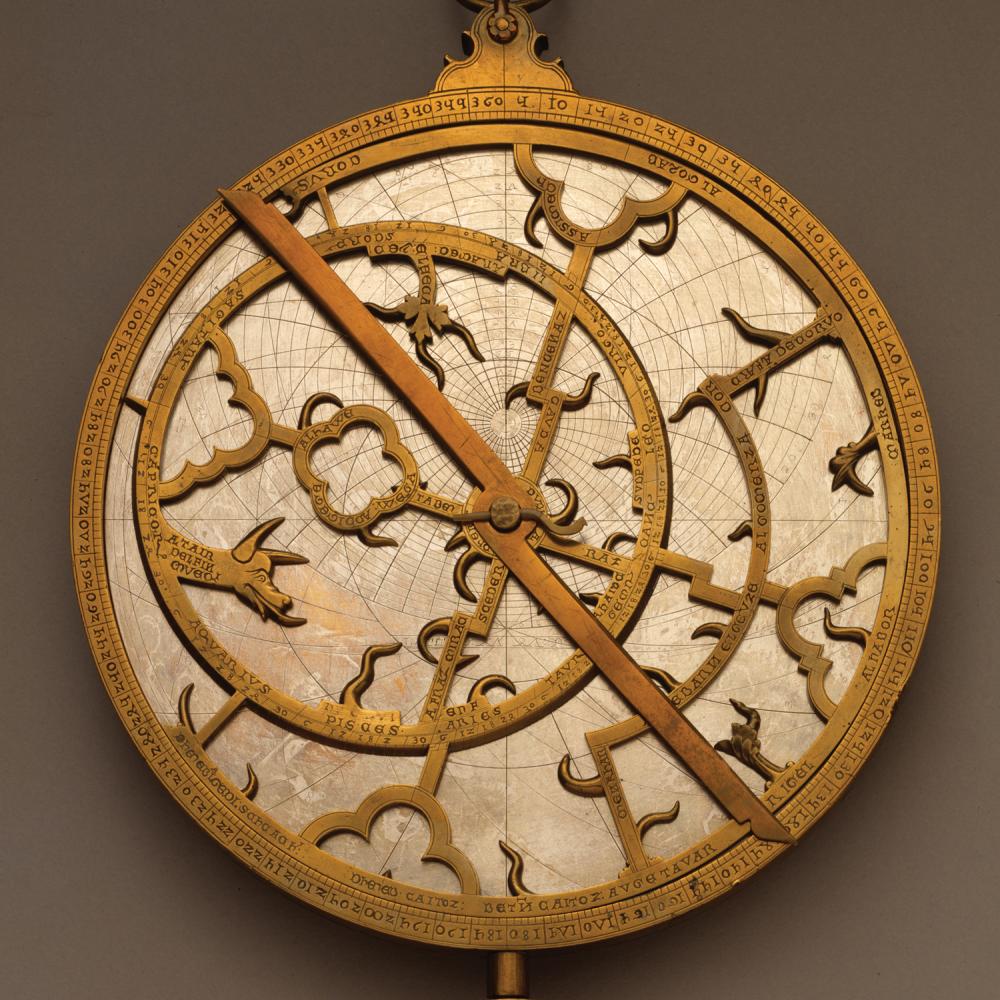 This exquisitely-crafted planispheric astrolabe was state-of-the-art technology in the fourteenth century.

The Adler Planetarium’s history of science collection is one of the world’s most important, and includes the astrolabe pictured here. Known as a planispheric astrolabe, this exquisitely crafted instrument was state-of-the-art technology in the fourteenth century, could be held in the hands, and was used in timekeeping, astrology, and surveying. Sailors, however, both in Europe and in the Islamic world, used mariner’s astrolabes for centuries in celestial navigation till the invention of the sextant. The significance of the dog-head indicators on the fretwork “rete” is not known, though it resonates with images of St. Christopher, patron saint of sailors, who is sometimes depicted with a dog’s head, and with Sirius, often called the dog star. The Adler received a preservation grant from NEH to help assess environmental conditions of the collection on exhibit.