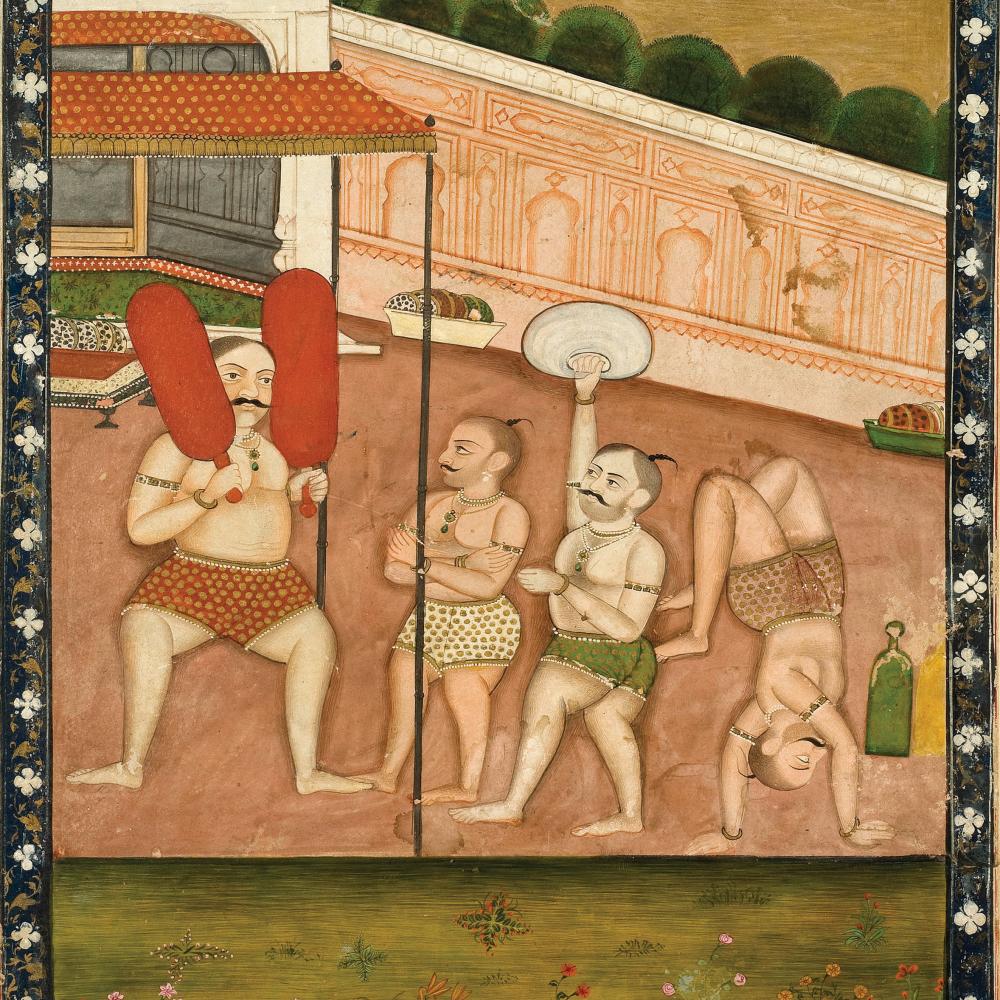 Four Acrobats, the mid nineteenth-century Indian miniature, was once part of an ordered series of paintings, each of which corresponded to one of the melodic modes—or rāga—of classical Indian music. Such series—called rāgamālā, meaning garland of rāgas—were popular in northern and western India from the sixteenth through the nineteenth centuries. Like the musical themes on which they are based, rāgamālā paintings were meant to evoke in viewers’ minds a specific time of day, season, and emotional state. Last year, the La Salle University Art Museum in Philadelphia received an NEH grant to conduct a conservation survey of its collection of 133 Indian miniatures. 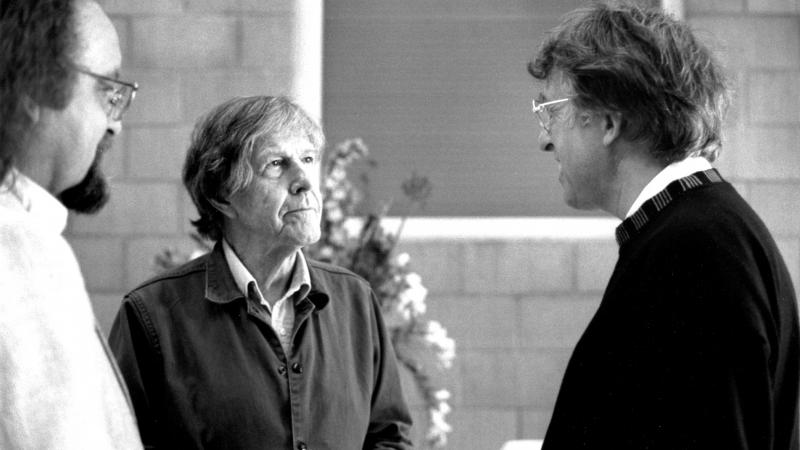 Marching to the beat of a silent drummer.