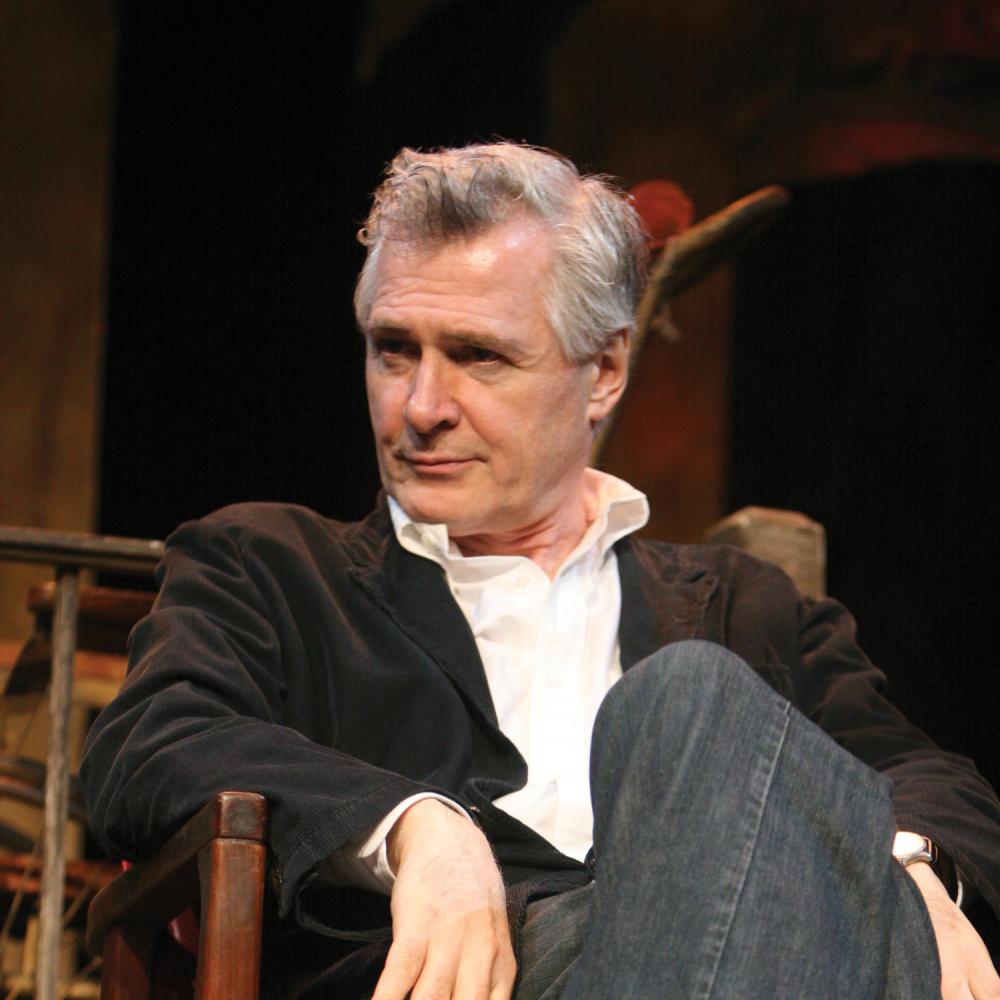 Every artist is born in jail and Tennessee Williams’s jail was called St. Louis. If you’re the creative type, the first thing you do when you’re born in jail is decorate your cell. The next thing you do is plan your breakout. Every major artist is full to bursting, looking for the mud and paint and music needed to execute an escape from the initial circumstances of his life. Some call this escape transcendence. When Tennessee decorated his cell, the play was entitled The Glass Menagerie. When he staged his breakout, the play was Streetcar. Tennessee Williams found the clay and fire and seafood of his soul’s escape in New Orleans. This is the scene of his beautiful crime. Here we are. Why are we here? We are here to remember Tennessee, the inmate who got away.

Who was this man?

Tennessee Williams is like walls of paintings in decadent mansions of insane relatives to whom we are closely related. He is forgotten bitter perfumes and prostitution, dead fiancés and mad tea parties, wounded birds singing in the dark, and the moral force of God grabbing you by the jacket. He is here in New Orleans because he chose New Orleans, and he has more right to be here dead than most of us do who are alive.

What a playwright. What a ghost! I don’t know about you all, but I’m going to be careful what I say because certainly he’s here. He had poetry. He had size. He had structure. He had grand themes. He was crazy. He wrote bad plays. He was rude. He was genteel. He wrote some of the greatest plays of the twentieth century or any century. He was washed up. He was regional. He was horny and stoned and soulful and fragile and on fire, a fire that could not go on and yet it did go on. Whenever I’m discouraged, I think of Tennessee Williams. He was a gorgeous unstoppable beast.

He had a pain in him like a gigantic family at war. Titanic mothers, giant fathers, wounded tentative sisters, young sons crippled and brave. No one of them without hope. No one of them sole holder of any truth. Understanding and compassion rise up out of his work like a heroic soldier that will not leave the wounded or even the dead behind. Williams carries all forward in his muscular, loving arms. He was a natural-born hero, and the certainty I feel that he is here in his beloved New Orleans makes me suffer. It makes me suffer because when he’s around, I feel my own cowardice. I feel my every scar, my every wound, my own history of cruelty, given and got. His compassion includes me as I really am. He reminds me of the pain I have caused and the pain I don’t admit.

I once sat in a restaurant in the seventies, and I was very poor and struggling and a playwright, and a casting director bought me a hamburger. He pointed out to me that Tennessee Williams was a few tables away. He asked if I wanted to meet him. I said no. I looked across that space like it was the broken-off edge of the world. It was like asking if I wanted to meet the whirlwind. I couldn’t meet Tennessee Williams any more than I could shake hands with Amerigo Vespucci or the French and Indian War.

Tennessee Williams wasn’t a person to me. I know that’s wrong. I know he was a person. I know there were people who knew him and called him Tom. Some of those people are here right now. But I could no more call that man Tom than I could call Charles Dickens Charley Boy. It’s not gonna happen. To me, Tennessee Williams was the ocean. He was a geologic movement. He turned America into something else.

America was a young country that thought of itself in simple terms. Mr. Williams looked straight through that and saw Big Daddy, and Stanley and Blanche, and Amanda Wingfield, and guys named Chance and Brick and Kilroy. He saw Orpheus with a guitar, mythological landscapes on the Camino Real. He made Elizabeth Taylor confess that bad people had eaten her boyfriend. He revealed our personal terror, our small-town crushing loneliness, our ruthless cruelty, our greed, and our stupidity and sudden beauty. He changed our idea of beauty.

Beauty is unexpectedly everywhere in his work all at once. His desperate and fine characters erupt like Gauguin flowers out of that wanton lurid jungle imagination, out of that sweaty, almost ovulating scenery. The rank fertility of his work stinks of waste and death and Southern cooking, of subtle aromas and rotting books of poetry stained with illicit sexual fluids and watery blood. The danger! The danger! He was like a bear licking sugar off you. If you laughed, he might tear your head off.

The more powerful the electricity, the more extreme its positive and negative poles. Williams’s extremities were most famously embodied by Stanley Kowalski and Blanche Dubois: a rampage of masculinity that will survive and a feminine delicacy that may not. Streetcar is full of panting flesh and indifferent brutality, transparent pretense and ruthless hunger, but at the end of the day what it’s really about is survival. Williams the man was a miracle of survival. When I was a young playwright in that restaurant and he was thirty feet away, there was no point in going any closer. If you want to see Mount Fuji, stand back!

There he was, eating a salad or something. He was out of fashion. He was still the most produced playwright in the world, but movie stars had stopped clamoring to play his parts. The productions were smaller and fewer. He was less popular. He’d drunk a lot, taken a lot of pills, freely admitted that he didn’t remember the sixties at all. But he had continued to write through thick and thin, in the face of an ever diminishing critical and popular response.

He looked pretty happy. He looked chipper. I wonder how many of us would look so well, so unencumbered, after such a ride. We all know why he survived, and why, even in death, he is here right now dominating this room. His Love. He loved humanity like King Kong loved his little blonde. I feel the danger of his big-beast hedonistic greedy love like the carnal humidity that comes up out of a lion’s gullet. He loved humanity so much that he’s still standing somewhere just over our heads smelling us like a chicken dinner.

He did die though. He died. He’s dead. They put him in the ground to keep the crows off him. And that frightens me. Because if he can die, if Tennessee Williams can die, then what chance do the rest of us stand?

When he died, a great tree went down. That’s how life goes, doesn’t it? Then time goes by and people look back and notice this massive unequalled achievement, this single circle of sun in the canopy of trees of such a diameter! Who was this man? How did he do what he did? The wind blows and we feel something in our abdomens. Somebody big went by. And he’s gone. Or is he? I think he’s still rising up out of us like a summer steam. I think he’s part of who we are and we should remember that and be proud and tell our kids. We have greatness in us, and part of its name is Tennessee Williams.

We are here to remember this man. It’s a worthy thing to do. When I claim membership in the human race, he is one of the reasons I am not ashamed.

A version of this text was presented by Shanley at the opening night gala of the 24th Annual Tennessee Willliams/New Orleans Literary Festival, March 25, 2010.

John Patrick Shanley’s plays are performed extensively across the United States and around the world. For his play Doubt he received a Tony Award and a Pulitzer Prize; the film version, which he directed, was nominated for five Academy Awards. Other films include Five Corners (Special Jury Prize, Barcelona Film Festival), Alive, Joe Versus the Volcano, and Live from Baghdad, which was nominated for an Emmy. For his script of Moonstruck he received both the Writers Guild of America Award and an Academy Award for best original screenplay. In 2009, the Writers Guild of America awarded Shanley the prize for Lifetime Achievement in Writing.