An excerpt from the Picturing America Teachers Resource Book 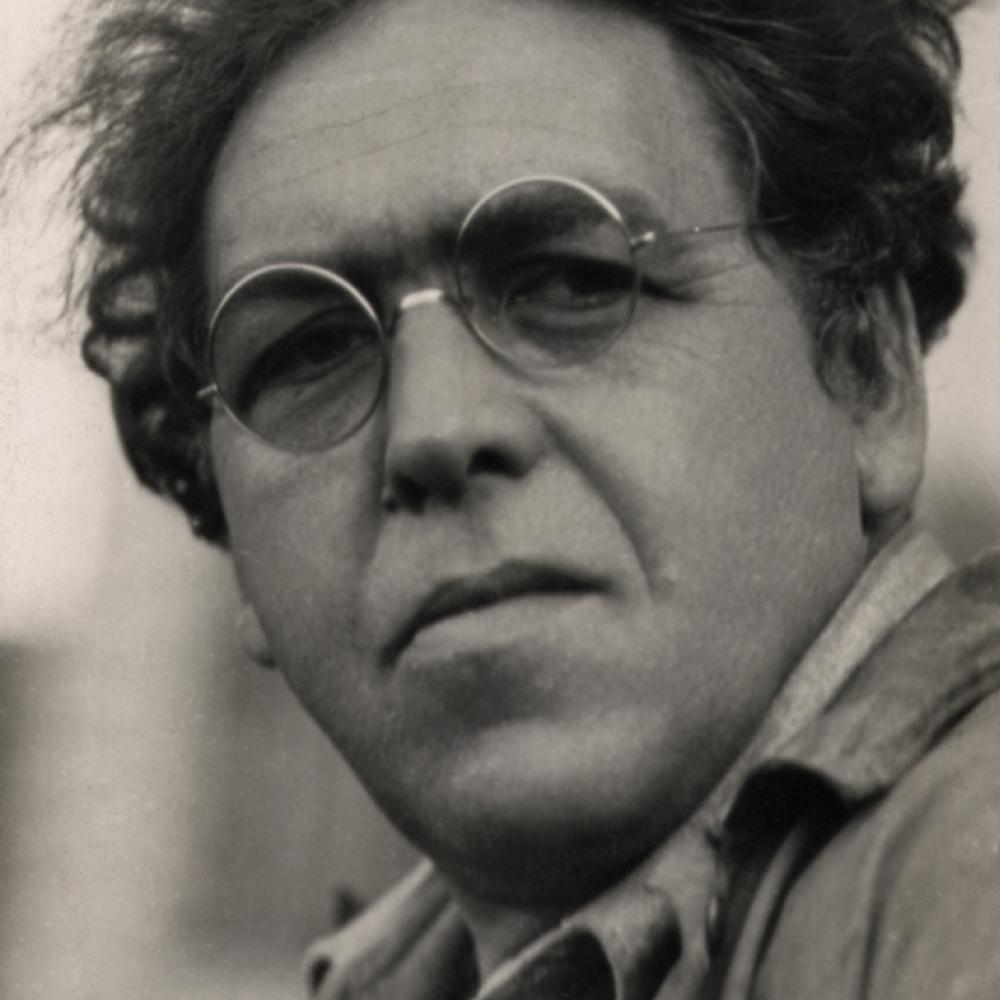 The Last of the Mohicans, an American adventure tale by James Fenimore Cooper, became an instant best seller when it was published in 1826. Its popularity continued, and by 1919, when N. C. Wyeth illustrated a new deluxe illustrated edition of the book, Cooper's story had become a fixture in American boyhood. It has since fallen out of fashion, but its importance to American literature is firmly established: the protagonist, Natty Bumppo (called Hawkeye), a white scout raised by American Indians, is the first of many enterprising pioneer heroes to overcome the perils of the frontier. Even though The Last of the Mohicans had been illustrated before, Wyeth's pictures, like George Catlin's paintings in the previous century, helped create an enduring image of the American Indian as a “noble savage.”

Wyeth's teacher Howard Pyle had taught him to work only from experience. To prepare for The Last of the Mohicans, Wyeth made two trips to the Lake George region of New York, where the novel is set. He tramped through the woods and cooked over an open fire to gain an understanding of the wilderness and to allow the features of the landscape to impress themselves on his mind. Inspired by the crystal-clear summer of the Adirondacks, Wyeth bathed his pictures in sky-blue tones that lend an air of tranquility to a violent and tragic story.

It was not possible for Wyeth to make the same careful study of the American Indians who figured in the novel. Cooper himself confessed that when he wrote The Last of the Mohicans, he had never spent time among American Indians, and that most of what he knew of their lives and customs had been gleaned from books or from stories passed down from his father. The novel takes place in 1757, during the French and Indian War, when the British and French fought over land that had long been home to Eastern Woodlands tribes. Wyeth was yet another generation removed from those historical events, and, like most Americans of his time, he possessed only the vaguest understanding of the original American peoples.

Although rooted in history, The Last of the Mohicans was Cooper's invention. To criticism that the characters were unrealistic, Cooper replied that the novel was intended only to evoke the past. The illustrator took further liberties with the subject matter. This image, which appears on the cover of the book, was inspired by Cooper's character, Uncas, Hawkeye's faithful friend and one of the last Mohicans:

At a little distance in advance stood Uncas, his whole person thrown powerfully into view. The travelers anxiously regarded the upright, flexible figure of the young Mohican, graceful and unrestrained in the attitudes and movements of nature.

Cooper stresses the American Indian's identification with the natural world, and Wyeth portrays Uncas in harmony with the landscape, framed by a formation of clouds. He retains other elements of Cooper's description as well, notably the account of Uncas's

dark, glancing, fearful eye, alike terrible and calm; the bold outline of his high haughty features, pure in their native red; . . . the dignified elevation of his receding forehead, together with all the finest proportions of a noble head, bared to the generous scalping tuft.

To capture the commanding presence of the character, Wyeth adopted a low viewpoint, so that the powerful body of Uncas appears larger than life as he advances right to the edge of the canvas, with the unspoiled American landscape spread out below and behind him. In other respects, Wyeth alters Cooper's portrayal of Uncas. The Uncas whom Wyeth pictures is bare-chested, covered in war paint, and crowned with a feather, even though Cooper points out in the novel that Uncas's “person was more than usually screened by a green and fringed hunting shirt, like that of the white man.”

Even though in The Last of the Mohicans, the American Indians carry muskets alongside European soldiers, Wyeth portrays Uncas with a dagger, a tomahawk, and a bow and arrow—weapons of precolonial warfare and the customary attributes of an Indian brave. While Cooper suggests the complexity of the character's position as a conventionally educated, English-speaking American Indian, Wyeth generalizes and romanticizes the Indian hero's appearance. In this way, he conforms to his era's understanding of American Indians, which was tightly bound to the ideal of an untamed wilderness. 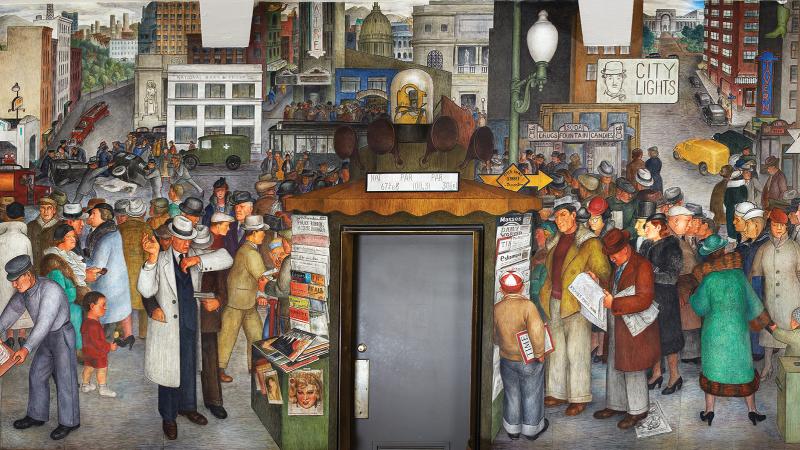 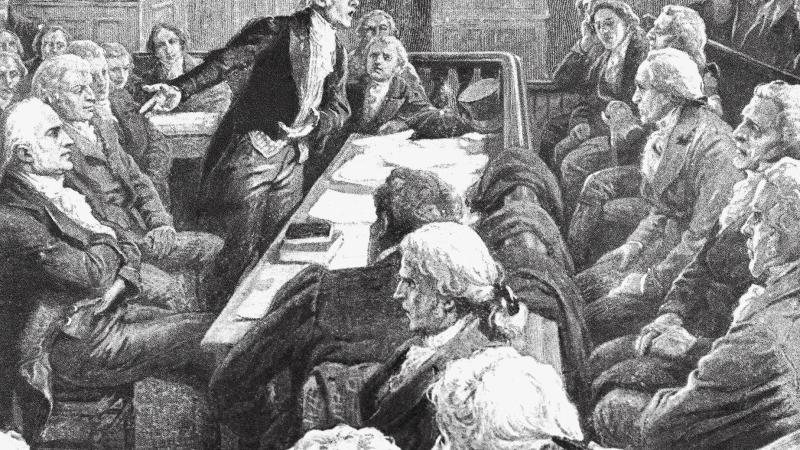 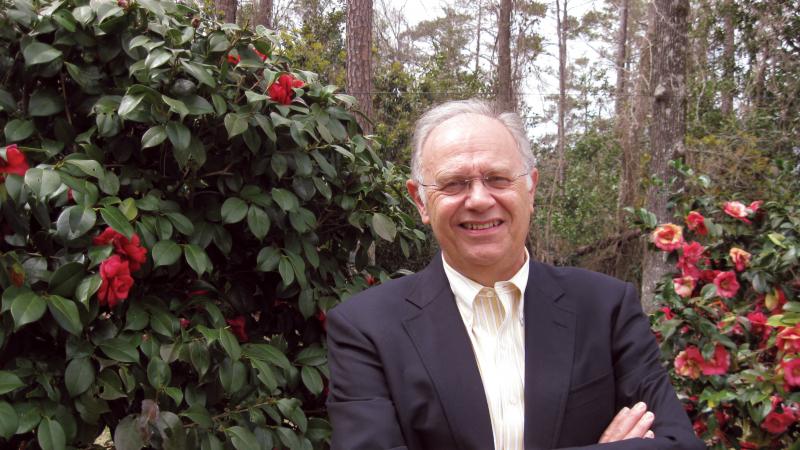