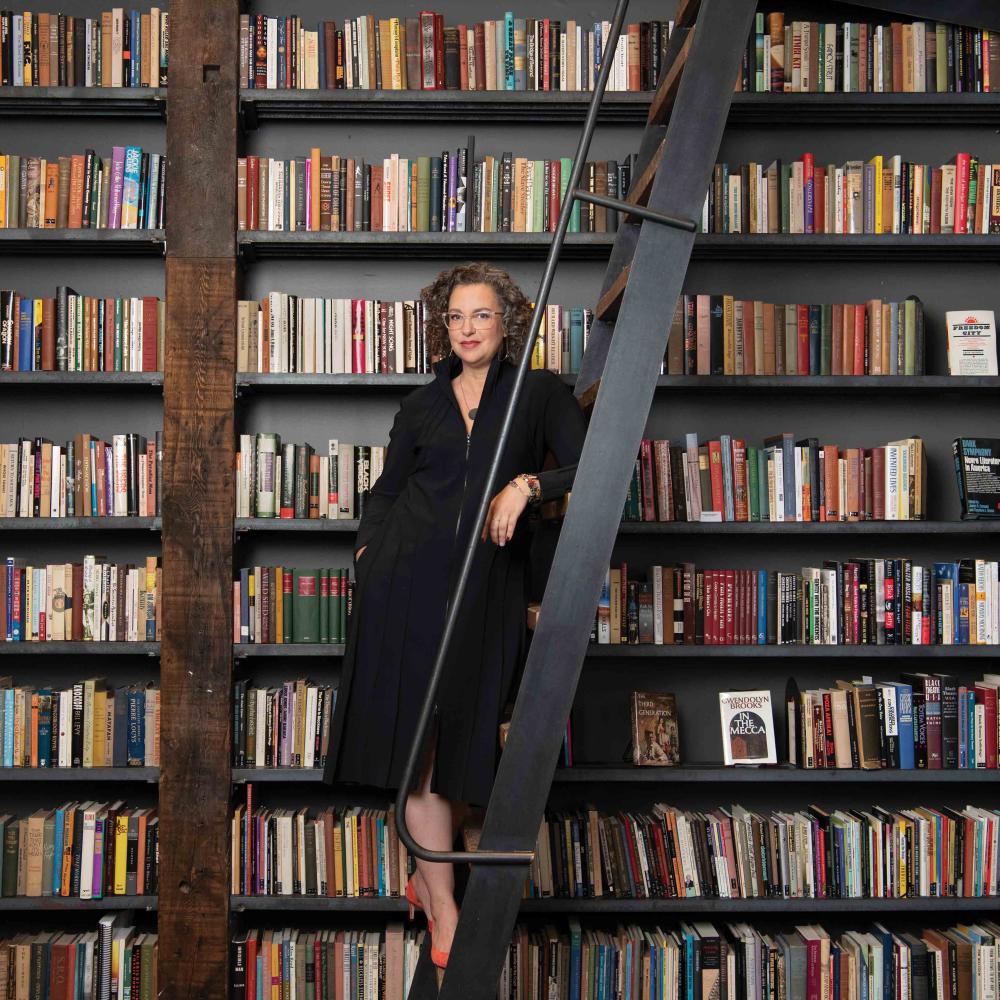 “When the humanities are not at the table as a given, as an assumed requirement,” says Gabrielle Lyon, executive director of Illinois Humanities, “we miss the chance to understand each other.”

Illinois Humanities is headquartered in Chicago, but Lyon is responsible for supporting humanities programs throughout the state. “We are beginning a three-year initiative,” she says, “to support the humanities and the arts in rural communities through grantmaking and programming that focus on capacity and community building.”

For nearly three decades—since coming to study medieval religious mysticism and anthropology at the University of Chicago—the New Mexico native has called the South Side home. She credits her eventual career turn to having been a work-study student. Her time at Fiske Elementary School, in the Woodlawn neighborhood, opened her eyes to the realities of how students in adjoining neighborhoods can have vastly differing educational experiences.

Lyon’s civic engagement springs from her roots. She is the daughter of Jewish political refugees, and her father was a photographer for the Student Nonviolent Coordinating Committee. That background helped shape Lyon’s style. One of her father’s colleagues always called her “Gabe the Champ” when she was a little girl. The name “Gabe” stuck. A transformative experience from those years was learning about the critical approach and impactful power of youth during the civil rights movement’s Freedom Summer, led in part by the late congressman John Lewis, whom she got to know personally through his friendship with her father.

Later she became a member of the Small Schools Workshop at the University of Illinois at Chicago and was the founder of Project Exploration—a nationally recognized nonprofit that ensures access to science education for Chicago’s youth and girls of color.

As Illinois Humanities closes in on its fiftieth anniversary, Lyon is approaching her third year as executive director. What attracted her was the mission to ensure access for all Illinoisans to the power of the humanities, and the chance to help strengthen the state’s civic fabric. As a leader committed to building healthy organizations, Lyon loves being part of one where (COVID-19, aside) you can fit everyone around a table to consider fundamental questions like, What’s most worth knowing and experiencing? or, How are we doing and how do we know?

Shoring up humanities projects during the pandemic has been another goal. Lyon herself led efforts to write and publish On Wisdom and Vision: Humanities Organizations in Illinois During COVID-19, about what was learned from—and about—the 177 grantee partners who received funding through the Federal CARES Act. “The power of data becomes,” Lyon says, “a form of illumination.” Relief and recovery grants, she learned, were reaching public humanities groups in communities whose residents were disproportionately affected by COVID-19, and, in particular, those bypassed by traditional funding streams due to their size, organizational capacity, or location.

Throughout the pandemic, Illinois Humanities granted a transformative $2.1 million in combined funding from the CARES Act and the American Rescue Plan. For humanities groups, Lyon says, it was like, “I used to be riding on a bicycle with my feet, and now I have rocket fuel.” The infusion of grant money enabled institutions to keep paying rent, keep lights on, pay health insurance, and help already fragile communities survive in 18 congressional districts and 82 of the state’s 102 counties. Fifty-four percent of awardees received their first grant ever from Illinois Humanities. Forty-two percent of grant recipients were from rural Illinois. Three hundred forty grants were awarded for public programming across the state and free college-credit courses for 120 income-eligible adults were provided.

Nicole Bond is a freelance writer based in Chicago.

Mary Rafferty, working primarily out of the Windy City, specializes in photographic portraits.

This article is available for unedited republication, free of charge, using the following credit: “Originally published as “Gabrielle Lyon of Illinois Humanities” in the Spring 2022 issue of Humanities magazine, a publication of the National Endowment for the Humanities.” Please notify us at publications@neh.gov if you are republishing it or have any questions. 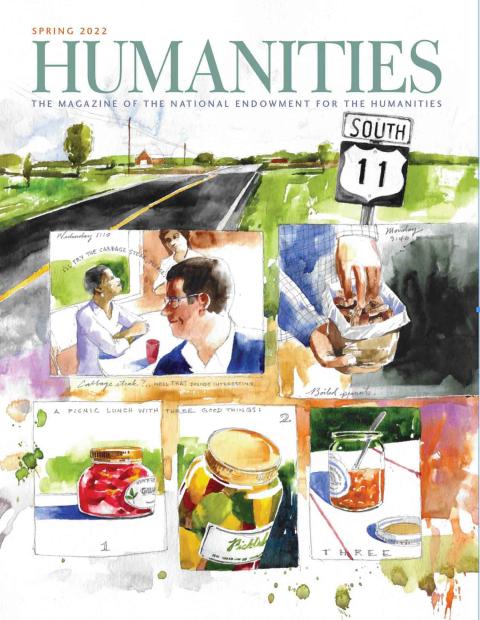 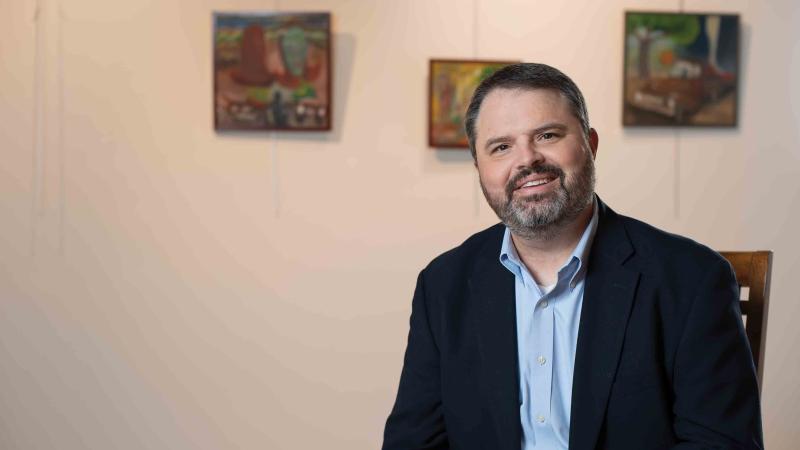 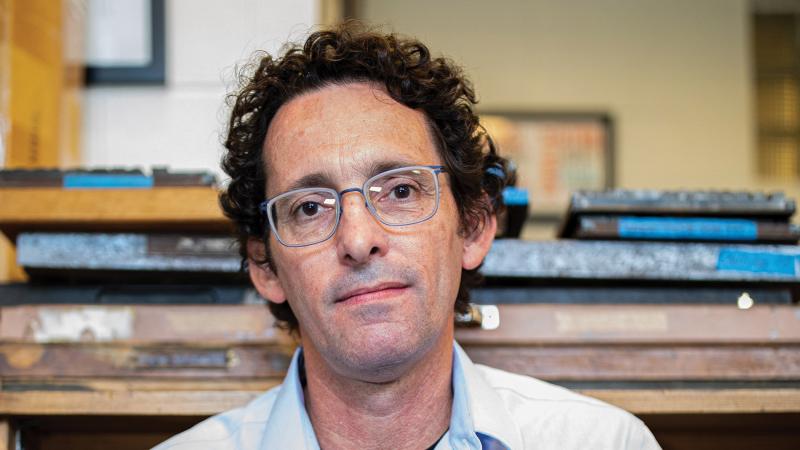