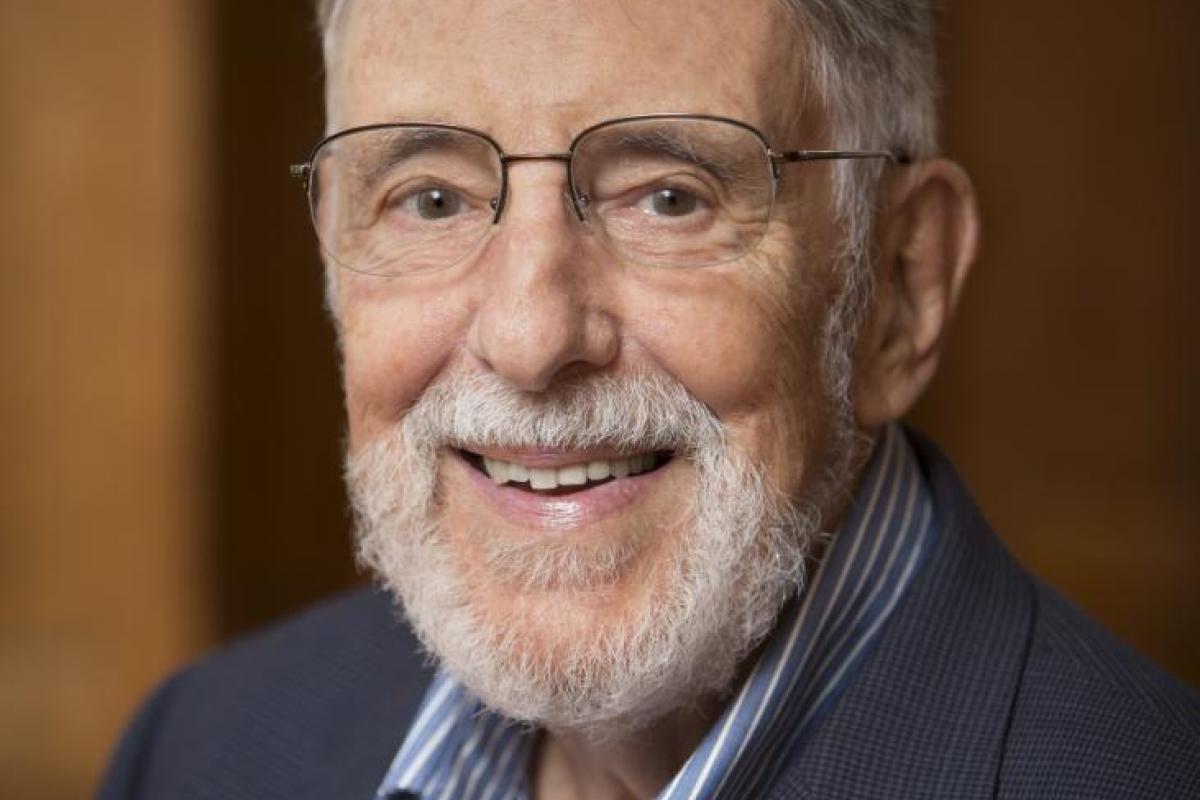 The National Endowment for the Humanities mourns the passing of historian David Brion Davis, who received the 2013 National Humanities Medal for “reshaping our understanding of history” and in recognition of his scholarship on the history of slavery and abolition. Davis died on April 14, 2019, at the age of 92.

“David Davis shaped an entire field of American and world history as well as the lives of thousands of students.  His broad and humane vision transformed our understanding of slavery in all its dimensions while his kind and generous mentorship nurtured generations of historians,” said historian Edward L. Ayers, who was a student of Davis’s at Yale University.

Davis wrote and edited sixteen books during a career that spanned seven decades. He was best known for his trilogy of books on the history of slavery. The first volume, The Problem of Slavery in Western Culture, won the 1967 Pulitzer Prize in general nonfiction and was finalist for the National Book Award. The book used a comparative approach to trace the role of slavery from antiquity to the 1770s, showing how the ideas that underpinned its existence were translated into political action and expressed through institutions. The approach would open up new avenues of research for generations of scholars.

The second volume of the trilogy, The Problem of Slavery in the Age of Revolution, 1770–1823, won the 1976 National Book Award in history and biography and the Bancroft Prize in American History. In the book, Davis demonstrated the centrality of slavery to the economic prosperity of the European New World, while also showing how opposition to slavery affected labor practices and working conditions as American industry began to grow.

Thirty-nine years passed before the publication of The Problem of Slavery in the Age of Emancipation in 2014. In the final volume, Davis explored what he considered to be neglected aspects of slavery’s history, focusing in particular on the Haitian Revolution and its impact on America’s relationship with slavery. “Davis is fully aware of the moral ambiguities involved in the crusade against slavery, the process of abolition and the long afterlife of racism,” wrote historian Eric Foner in review in The Nation. “Nonetheless, in a rebuke to those historians today who belittle the entire project of emancipation, he insists that the abolition of slavery in the Western Hemisphere was one of the profoundest achievements in human history, ‘a crucial landmark of moral progress that we should never forget.’ His monumental three-volume study helps to ensure that it will always be remembered.”

Davis received three grants from NEH, totaling $165,129 to support the research and writing of The Problem of Slavery in the Age of Emancipation.

“David Brion Davis’s books changed what we know about the institution of slavery and its role in American history. His deep research and thoughtfulness are a model of historical research, and NEH is proud to have supported his work,” said Jon Parrish Peede, chairman of the National Endowment for the Humanities.

Davis was born in Denver, Colorado, in 1927. After graduating from high school in New York, he entered the U.S. Army in 1945 and served in occupied Germany. Graduation from Dartmouth College in 1950 was followed by graduate study at Harvard, from which he received a PhD in 1956. An encounter with Kenneth M. Stampp, then a visiting professor at Harvard, helped shape his career. Stampp was finishing work on the book that would become The Peculiar Institution: Slavery in the Ante-Bellum South (1956). “I became deeply shocked by the discovery that slavery and racism had been largely ignored in my undergraduate and graduate courses,” Davis later wrote. His friendship with Stampp, along with encountering with Jim Crow policies in the U.S. Army, set him off on his life’s work.

Davis taught at Cornell University from 1955 to 1969, before moving to Yale University, which was his academic home until his retirement in 2001. At Yale, he founded the Gilder Lehrman Center for the Study of Slavery, Resistance, and Abolition, serving as its director from 1998 to 2004.