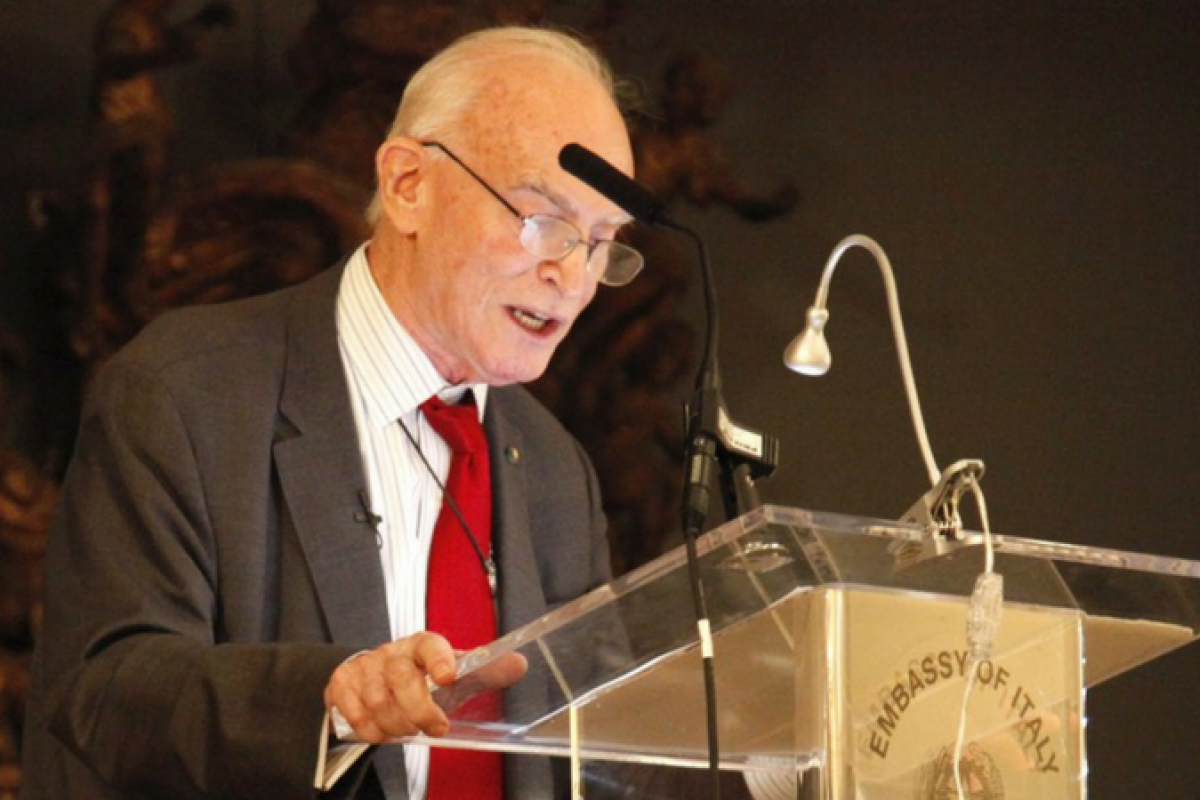 The National Endowment for the Humanities mourns the passing of Philip Gossett, a distinguished musicologist whose scholarly work transformed the way opera is studied, performed, and perceived by the public.

An authority on nineteenth-century Italian opera, Gossett spent decades examining the original scores and personal papers of Giuseppe Verdi and Gioachino Rossini as the general editor of critical editions of Verdi and Rossini’s operas at the University of Chicago. His work on Verdi, supported by grants from the National Endowment for the Humanities, shed new light on both forgotten and familiar works, and led to revised productions at major opera houses. Gossett was called in as an adviser to productions at the Metropolitan Opera, Houston Grand Opera, the Santa Fe Opera, and Chicago Lyric Opera and to performers such as conductor Ricardo Mutti and singers Marilyn Horne, Renee Fleming, Cecilia Bartoli, and Sam Ramey.

“Through his writings and musical activities, Gossett made a singular and colossal contribution to this field, one that led to a complete realignment of the relationship between the musicology of nineteenth-century opera and the performance of this genre,” writes Anne Walters Robertson, dean of the University of Chicago’s humanities division. “With his focus on the living tradition of operatic performance as a beacon for both musical and intellectual pursuits, he not only brought this repertory closer to opera aficionados and professionals alike, but also opened up musicological research and criticism to the new field of applied scholarship.”

Gossett’s painstaking research also unearthed the score of a “lost” Verdi opera, Stiffelio, which was pulled from circulation in 1856 by Verdi, who resented the changes made to the libretto by censors. It was not performed again until 1993, when the Metropolitan Opera and the Royal Opera House at Covent Garden mounted new productions based on Gossett’s discovery of the original score.

In 2013, in honor of the two hundredth anniversary of Verdi’s birth, Gossett presented findings from his NEH-supported research at an event entitled “Verdi: Uncensored” in Washington, D.C., in which he explained how cuts and alterations demanded by censors resulted in significant, and sometimes nonsensical, changes to the plots and lyrics of Verdi’s operas. Watch his presentation here.

Gossett served on the faculty of the Department of Music at the University of Chicago from 1968 until his retirement in 2010. During his tenure at Chicago, he also served as the dean of humanities and as general editor of The Works of Giuseppe Verdi (University of Chicago Press and Casa Ricordi of Milan) and of Works of Gioachino Rossini (Baerenreiter-Verlag, Kassel). He was the first musicologist to be awarded the Mellon Distinguished Achievement Award. He was also awarded the Italian government’s highest civilian honor, the Cavaliere di Gran Croce, for his work on Italian opera. Gossett passed away on June 13, 2017, in Chicago, at the age of 75.