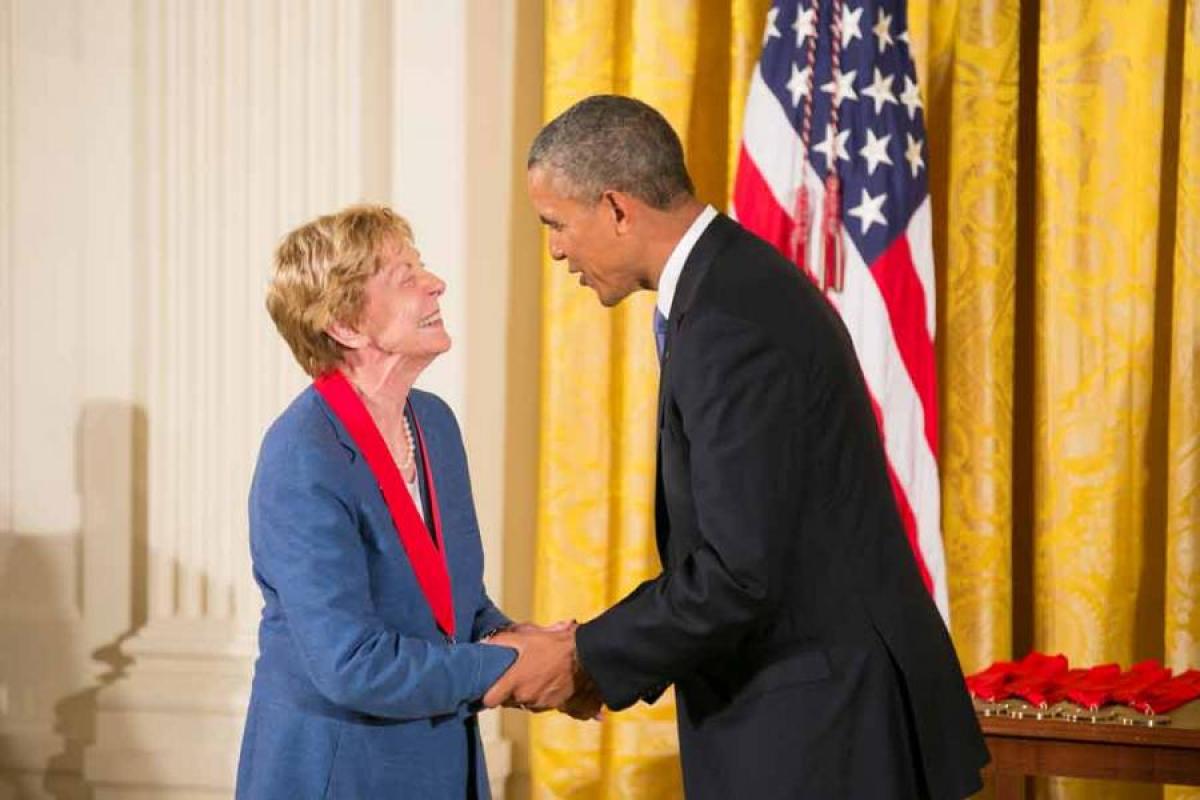 WASHINGTON, D.C.  — The National Endowment for the Humanities (NEH) mourns the passing of historian and memoirist Jill Ker Conway, who died June 1.  A 2012 National Humanities Medalist,Conway was a trailblazer who, in 1975, became the first woman to serve as president of Smith College. “She paved the way for two generations of women pioneers in academia through her leadership and scholarship,” said Jon Parrish Peede, NEH Chairman.

During the height of the women’s movement, Conway focused on what she called “matters of central importance in women’s lives.” In her decade-long tenure at Smith, Conway launched academic programs in engineering, comparative literature, and women’s studies, and she started the Smith Management Program (now Smith Executive Education) for women executives and the Ada Comstock Scholars Program for women beyond traditional college age. As she told Humanities magazine when she was named a Medalist, Conway pushed for better athletic facilities at Smith because leadership skills can be developed by playing competitive team sports, “where you can be beaten over and over again” and then get up and “win the next time.”

Conway came of academic age before women’s studies was considered a genuine area of scholarship. Ignoring that view, Conway studied women reformers, including Jane Addams. Her research works—among them The Female Experience in Eighteenth and Nineteenth-Century America: A Guide to the History of American Women (1982), with Linda Kealey and Janet E. Schulte, Learning About Women: Gender, Politics, and Power (1989), with Susan C. Bourque and Joan W. Scott, and When Memory Speaks (1998)—offer insight into the ways women have narrated their lives.

Many Americans will remember Conway for her memoirs: The Road from Coorain, True North, and A Woman’s Education. In Coorain, a poignant recollection of growing up in Australia’s outback, Conway explored loss and tragedy and her dawning realization that she was meant to live the life of the mind. True North and A Woman’s Education took readers through the early days of Conway’s academic life at Harvard University and the burgeoning of her desire to lead.

After leaving Smith, Conway served on the board of a number of organizations, including Nike, Merrill Lynch, and the John F. Kennedy Presidential Library and Museum, and she focused on alleviating homelessness, particularly of veterans, and on environmental issues.

Conway once said that she “was a woman who wanted to do serious work and have it make a difference.”  She succeeded.