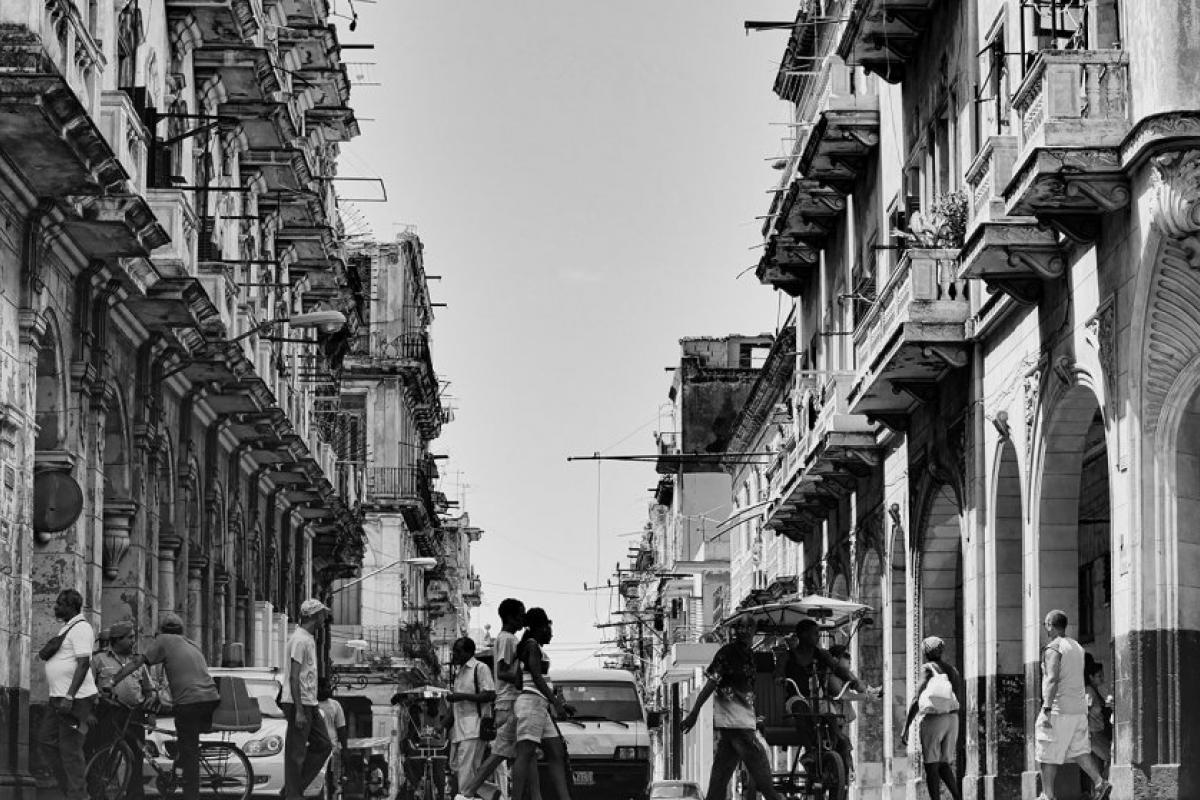 The National Endowment for the Humanities (NEH), a federal grantmaking agency and a member of a historic U.S. government cultural mission to Cuba, announced today it will provide a grant to a distinguished group of U.S. art conservators to visit Cuba to learn about preservation challenges and methods.

The $30,000 grant will go to the Department of Art Conservation at the University of Delaware, one of the leading conservation programs in the United States. The grant will support a delegation of students and professors who will visit Cuba to have a cultural exchange with their Cuban counterparts about conservation methods and practices.

The delegation will be led by Professor Debra Hess Norris, one of the world’s leading preservation experts, and Jocelyn Alcantara-Garcia, Ph.D., a bilingual conservation research scientist. These professors and their graduate students plan to talk with their Cuban counterparts about their preservation challenges and methods, see Cuban collections, and visit museums, libraries, and archives.

The Delaware art conservation program is run jointly with the Winterthur Museum, Garden and Library, a premier museum of decorative arts with an unparalleled collection of nearly 90,000 objects made or used in the United States between 1640 and 1860. Graduates of the program have assisted with the preservation of notable treasures such as the world’s first photograph, the Declaration of Independence, the Emancipation Proclamation, the Dead Sea Scrolls, decorative murals in the United States Capitol and at Radio City Music Hall, and works of art by artists ranging from Rembrandt to Picasso and Andy Warhol.

NEH Chairman William D. Adams was a member of the U.S. government cultural mission to Cuba from April 18 to 21. Adams visited cultural sites and met with Cuban officials and cultural leaders to begin a new U.S.-Cuba cultural exchange.

NEH supports preservation and conservation projects as part of its grantmaking in the humanities to help ensure that materials that can illuminate history and culture are available for future generations. Since the agency’s founding in 1965, the National Endowment for the Humanities has awarded 80 grants totaling $2.5 million to scholars, educators, and filmmakers who make Cuba the focus of their work.

“As I’ve visited Cuban museums and talked with scholars and curators this week, it’s clear to me that we have much to learn from the ways in which museum professionals in Cuba approach the important work of collecting and preserving Cuban culture and history,” said National Endowment for the Humanities Chairman William D. Adams. “I am honored that the National Endowment for the Humanities will provide a grant to this distinguished group of art conservation professionals and students from the United States to visit Cuba to observe conservation practices concerning photographs, manuscripts, and other collections. This trip will offer important insights and lessons that will enhance and broaden American conservation practices.”

“I have visited cultural institutions all over the world, but have never had the opportunity to go to Cuba,” said Debra Hess Norris. “With this support from NEH, my colleagues and I look forward to learning from our Cuban counterparts about conservation challenges that arise from the warm climate and other issues that affect the preservation of their cultural heritage.”

“We are enormously proud to be a part of this historic opportunity for our students to learn about conservation in Cuba,” said David Roselle, Director of the Winterthur Museum, Garden and Library.

The Winterthur-University of Delaware Program in Art Conservation began in 1974 and graduating students have trained and worked as curators and directors for museums, historic sites, and other cultural organizations. The University of Delaware and Winterthur program officials will work with their Cuban counterparts to plan the trip details, including the date and which collections and sites to visit.