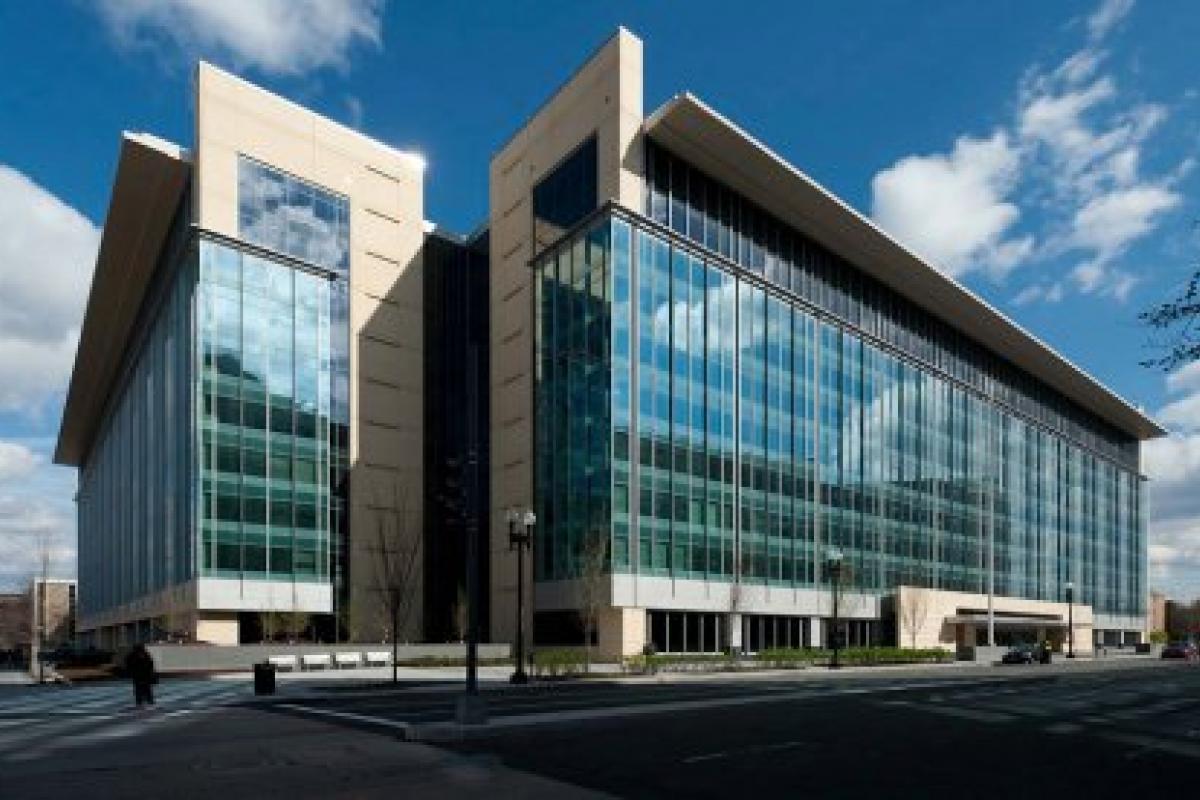 The National Endowment for the Humanities moved into modern new offices in Southwest Washington on May 22, 2014. Its new address is 400 7th Street SW, Washington D.C. 20506.

The Constitution Center was originally designed by Edward Durrell Stone, architect of the John F. Kennedy Center for the Performing Arts, and the National Geographic Society headquarters in Washington. The building has been completely renovated and offers the latest in energy efficiency and security. It features a private one acre garden at its core.

NEH shares the building with the National Endowment for the Arts, the President's Committee on Arts and Humanities, the Office of Comptroller of the Currency, the Federal Housing Finance Agency, and the Securities and Exchange Commission

NEH's previous quarters, in the Old Post Office Building at 1100 Pennsylvania Avenue NW, have been leased to the Trump Organization for 60 years. The Trumps intend to renovate the 115-year-old building and turn it into Trump International Hotel, Washington.

Read more about the history of the Old Post Office in Chronicling America, the website maintained by NEH and the Library of Congress.