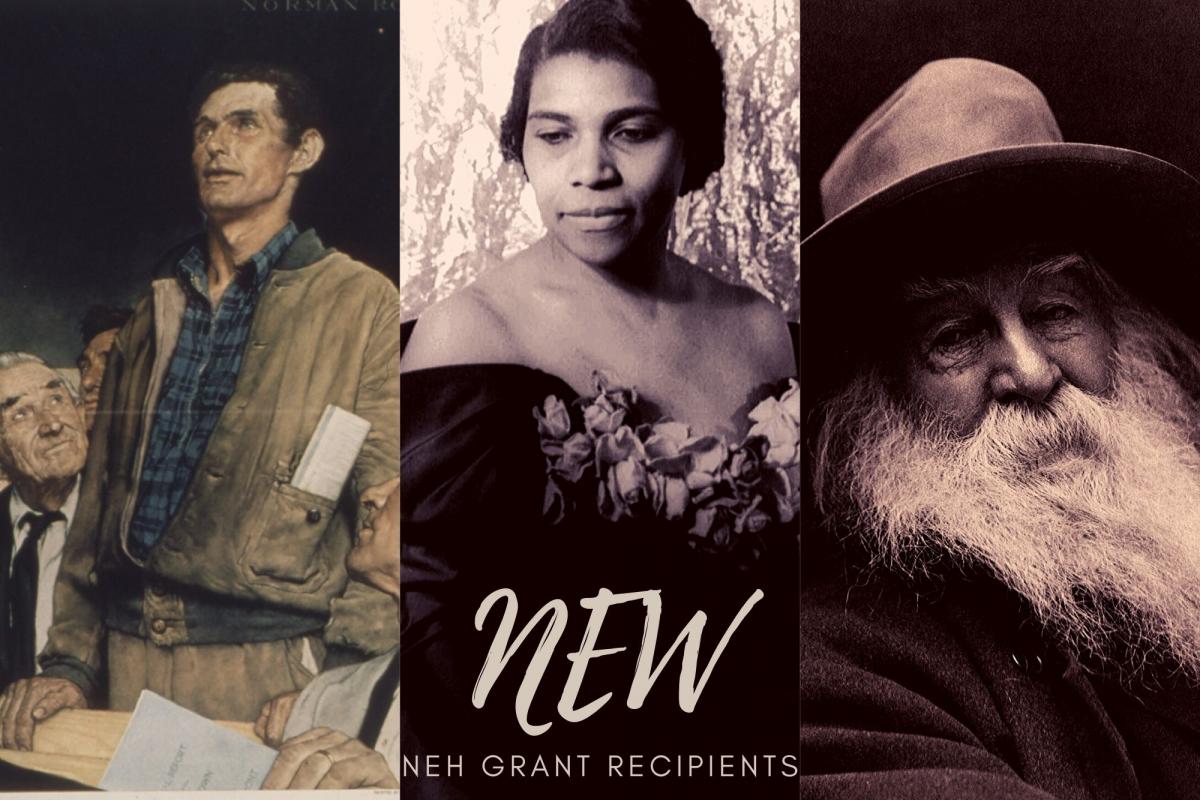 WASHINGTON, D.C.— The National Endowment for the Humanities (NEH) today announced $22.2 million in grants for 224 humanities projects across the country. These grants will enable the production of a 90-minute documentary on singer and civil rights pioneer Marian Anderson, support a Norman Rockwell Museum exhibition on Rockwell’s Four Freedoms series, and bolster the digital infrastructure of the Walt Whitman Archive to allow greater access to this online scholarly repository.

A number of projects were funded under NEH’s “A More Perfect Union” initiative, which supports efforts that promote a deeper understanding of U.S. history and culture and that advance civics education in preparation for the nation’s 250th anniversary in 2026.  These include the “Held in Trust” cooperative agreement with the Foundation for Advancement in Conservation to evaluate the state of cultural heritage conservation in the United States, and a grant to support development of new interpretive tours and exhibition galleries at Thomas Jefferson’s Monticello.

Several grants awarded today support the development, production, and distribution of radio and television programs, documentary films, and podcasts that bring the humanities to public audiences. Among these are grants for a two-hour film on author L. Frank Baum and the legacy of his classic novel The Wonderful Wizard of Oz, and for a documentary on the life of Rywka Lipszyc, a 14-year-old girl whose diary was discovered in the rubble of the Auschwitz crematorium in 1945.

This funding cycle also includes the first grants made under NEH’s new Short Documentaries grant program, which includes a grant award for a series of 30-minute films about historic rural churches in the South. Other Public Program grants will fund production of the Kitchen Sisters’ podcast series “The Keepers,” which tells the stories of archivists, librarians, curators, and historians and the humanities collections in their care.

Newly funded projects include the cataloging and digitization of archival objects, photographs, and films at Seattle’s Museum of Flight, and the preservation of 540 hours of recorded Native Alaskan song, dance, and oratory from four decades of Sealaska Heritage Institute cultural festivals.

NEH Summer Stipends for scholars will enable archival research for more than 100 publications, including a biography of Founding Father John Jay, and a study on the social, political, and religious factors that influenced local responses to the 1918 influenza epidemic in Europe.

Also in this round of funding are grants to the Portland Museum of Art in Maine for a major traveling exhibition on the art of painter Winslow Homer and painter and sculptor Frederic Remington as a response to fin de siècle cultural changes; to the Museum of the American Revolution for an exhibition on women’s citizenship and voting rights in the Early American Republic; and to the Concord Museum for “At the Center of Revolution,” a new permanent exhibition, education materials, and public programs exploring the history of Concord, Massachusetts, in the eighteenth and nineteenth centuries. Additional grants will support a national discussion program centered around the NEH-funded documentary Free for All, about U.S. public libraries.

Education grants for curriculum innovation in the humanities will fund the integration of cultural and language studies into the engineering curriculum at Purdue University in Indiana. New NEH Dialogues on the Experience of War grants will support a “Veteran to Scholar Bootcamp” at East Carolina University to assist returning veterans in their transition to university life, and a humanities-based discussion program at Messiah College on the experiences of women in the U.S. military.

NEH Documenting Endangered Languages grants, administered in partnership with the National Science Foundation, will underwrite work on a dictionary documenting dialects of the Muskogean language spoken by the Mississippi Band of Choctaw Indians. And nine new NEH Fellowship Programs at Independent Research Institutions grants will fund fellowships for humanities scholars at libraries, museums, and centers for advanced study, such as the New-York Historical Society, the Consortium for History of Science, Technology and Medicine, and the Omohundro Institute of Early American History and Culture.

In addition, NEH made six new Chairman’s Grants since December 2019, totaling $168,452. Grantees include the Supreme Court Historical Society, which will receive $30,000 to create new content for its Landmark Cases website, a civics education tool used nationwide by secondary school educators and their students. Oglala Lakota College will receive a Chairman’s Grant of $28,516 to preserve and create access to unique audio and video collections held in its Woksape Tipi Archives and Tribal Repository, which document the tribe’s history and culture.

As recently announced, NEH also will receive $75 million in supplemental funding to assist cultural institutions and humanists affected by the coronavirus pandemic as part of the $2.2 trillion CARES Act economic stabilization plan appropriated by the U.S. Congress and signed into law by President Donald J. Trump. NEH Chairman Peede has confirmed that 100 percent of this supplemental funding will be distributed to grantees; none will be used for the federal agency’s operational expenses. These emergency relief grants will be awarded on a rolling basis and will be announced separately.

A list of the grants by geographic location is available here.

FAQs – Funding for NEH Applicants and Grantees Impacted by the Coronavirus

Funding for NEH Applicants and Grantees Impacted by the Coronavirus