NEH and Department of Education award $650,000 to iCivics

WASHINGTON, D.C. — The National Endowment for the Humanities (NEH), in partnership with the U.S. Department of Education (ED), has awarded a $650,000 cooperative agreement to the civics education group iCivics to lead a coalition of experts in assessing the state of, and best practices in, the teaching of American history, civics, and government in K-12 education.

Educating for American Democracy: A Roadmap for Excellence in History and Civics Education for All Learners will bring together more than 100 leading academics and practitioners in education, civics, history, and political science for convenings at Louisiana State University and Arizona State University to evaluate the current state of history and civics curricula across the country. Informed by these discussions, the group will issue a “roadmap for excellence” that would outline for teachers, schools, and district and state policy-makers high-priority civics content areas, and recommend instructional strategies and best practices for integrating the teaching of civics and history at every grade level.

This roadmap and accompanying report on the convenings’ findings will be released prior to a national forum in September 2020 in Washington, D.C., co-hosted by the Smithsonian Institution’s National Museum of American History and the National Archives and Records Administration Foundation.

“As the United States looks toward our 250th anniversary as a nation in 2026, it is critical that our K-12 educational system teaches the rights and responsibilities of citizenship and the democratic principles on which the country was founded,” said NEH Chairman Jon Parrish Peede. “The National Endowment for the Humanities is pleased to be working with the Educating for American Democracy team to identify ways to improve the teaching and learning of American history and government so that all students gain an appreciation of the workings of the world’s oldest constitutional democracy.”

The Educating for American Democracy project is a partnership between the Edmond J. Safra Center for Ethics at Harvard University, the School of Civic and Economic Thought and Leadership at Arizona State University, Tufts University Center for Information & Research on Civic Learning and Engagement and Jonathan M. Tisch College of Civic Life, and iCivics, the country’s largest civic education provider.

The Educating for American Democracy project responds to an NEH-Education Department call for proposals for a fifteen-month project that would highlight innovative approaches, learning strategies, and professional development practices in K-12 civics education, with an emphasis on activities and programs that benefit low-income and underserved populations.

“Educating for American Democracy is an effort to provide guidance for integrating history and civics so that today’s learners form a strong connection to our constitutional democracy—and take ownership of it,” said Louise Dubé, Executive Director of iCivics. “We are very thankful that this cooperative agreement with NEH/ED will give our team of experts, academics, and practitioners the opportunity to design a trans-partisan roadmap for excellence in history and civics education.”

The iCivics Educating for American Democracy cooperative agreement is funded through a partnership between NEH’s Division of Education Programs and the U.S. Department of Education’s American History and Civics Education-National Activities program and is part of NEH’s newly announced “More Perfect Union” initiative focused on the upcoming 250th anniversary of the founding of the United States. 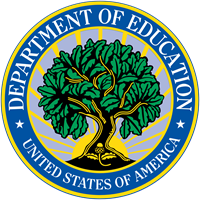 The School of Civic and Economic Thought and Leadership at Arizona State University blends a liberal arts education with civic education to prepare 21st century leaders for American and international affairs, balancing study of classic ideas with outside-the-classroom learning experiences.  The School also provides civic education programs such as a podcast (Keeping It Civil), the Arizona Constitution Project, and the Civic Discourse Project – a national-caliber speakers program partnering with Arizona PBS to provide a space for civil discourse on pressing issues.  https://scetl.asu.edu/

The Edmond J. Safra Center for Ethics at Harvard University seeks to strengthen teaching and research about pressing ethical issues; to foster sound norms of ethical reasoning and civic discussion; and to share the work of our community in the public interest. The Center stands at the core of a well-established movement giving ethics a prominent place in the curriculum and on research agendas at Harvard and throughout the world. The Center’s Democratic Knowledge Project is a K-16 civic education provider that seeks to identify and disseminate the bodies of knowledge, capacities, and skills that democratic citizens need in order to build and sustain healthy, thriving democracies.

iCivics: Former associate justice of the Supreme Court of the United States Sandra Day O’Connor founded iCivics in 2009 to transform the field through innovative, free educational video games and lessons that teach students to be knowledgeable, curious, and engaged in civic life. Today, iCivics is the nation’s largest provider of civic education curriculum, with our resources used by over 108,000 educators and more than 6.7 million students each year nationwide. Visit www.icivics.org to learn more.